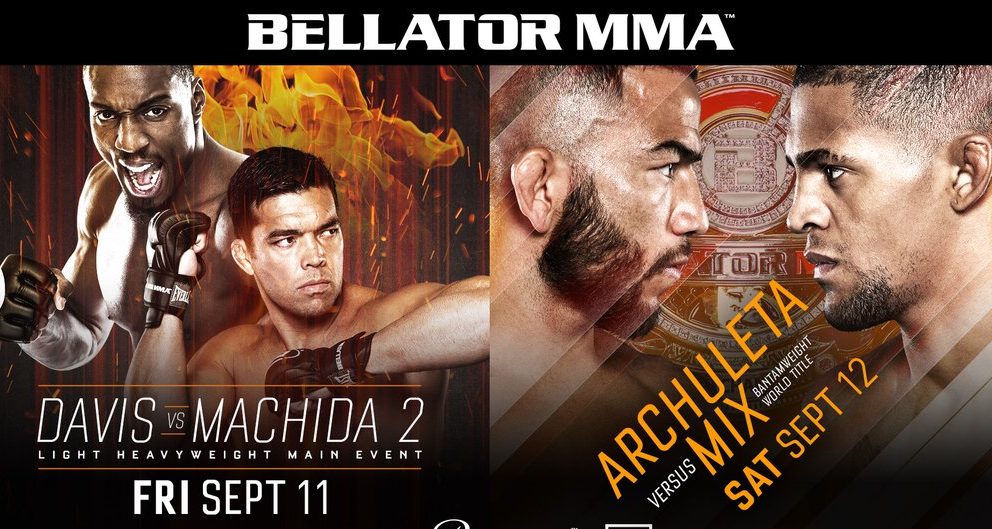 Bellator MMA hold another double header this weekend, with Bellator 245 going down on Friday night and Bellator 246 on Saturday night. Both events taking place behind closed doors at the Mohegan Sun Arena in Uncasville, Connecticut.

In the Bellator 245 main event, Phil Davis and Lyoto Machida rematch, seven years after they first faced each other at UFC 163. On that occasion, ‘Mr Wonderful’ won via a unanimous decision in Brazil. In the co-main event, Cat Zingano is set to make her promotional debut against Gabrielle Holloway.

Raymond Daniels vs. Peter Stanonik ruled a no-contest after two unintentional shots to groin (second round, 1:00)

Tyrell Fortune vs. Jack May declared a no-contest after an accidental knee to groin (first round, 2:42)

In the Bellator 246 main event, Juan Archuleta is set to face Patrick Mix for the vacant bantamweight title. While the co-main event will see a pivotal welterweight clash, with Jon Fitch taking on Neiman Gracie. And also on the card, Liz Carmouche will be making her promotional debut against DeAnna Bennett.

In the last 24 hours, Bellator has made two big announcements. On October 10th, they will hold the first ever major MMA event in France.

Bellator 248/Paris will be broadcast on CBS Sports in the US, after the promotion announced their new partnership with the sports channel. The partnership begins on October 1st.