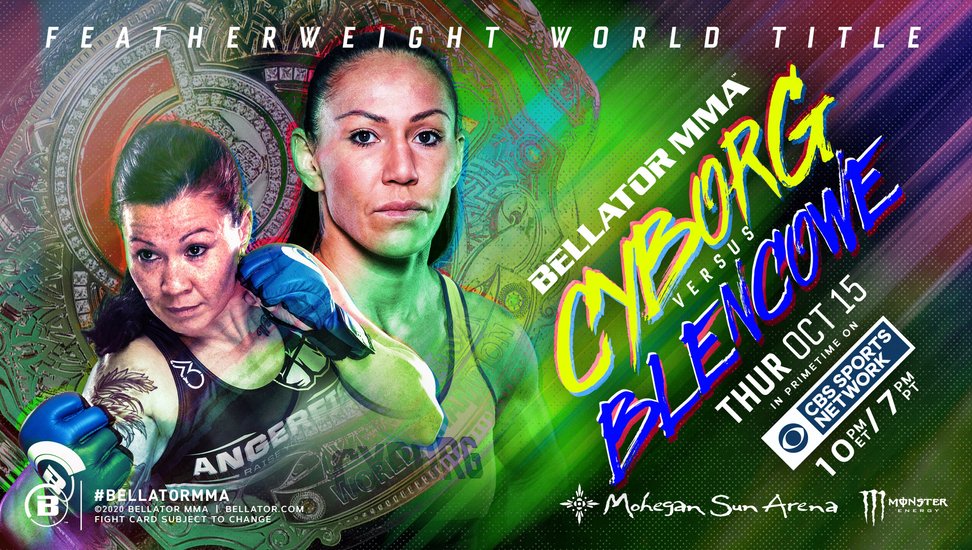 Bellator 249 went down on Thursday night behind closed doors at the Mohegan Sun Arena in Uncasville, Connecticut. In the main event, Cris Cyborg scored the first ever submission win of her career, after securing a second round rear naked choke on Arlene Blencowe, to defend her featherweight title.

The Bellator 249 co-main event between Patricky Freire and Jaleel Willis was cancelled after the elder ‘Pitbull’ brother was pulled from the card by doctors. Since the announcement a couple of hours ago, it has been reported that he is suffering from labyrinthitis, which is a form of vertigo.

As a result, the bantamweight contest between Leandro Higo and Ricky Bandejas was moved to the co-main event, where the former won via the 12th submission victory of his career.

The ten fight card saw four rear naked choke submissions, one no contest and a retirement.

Saad Awad vs Mandel Nallo – declared a no-contest in first round due to accidental groin strike (1:44)

Andrew Kapel def. Joseph Creer via second round TKO due to a cut (5:00)

Bellator returns on October 29th with Bellator 250, which will see Douglas Lima and Gegard Mousasi fight for the vacant middleweight title.