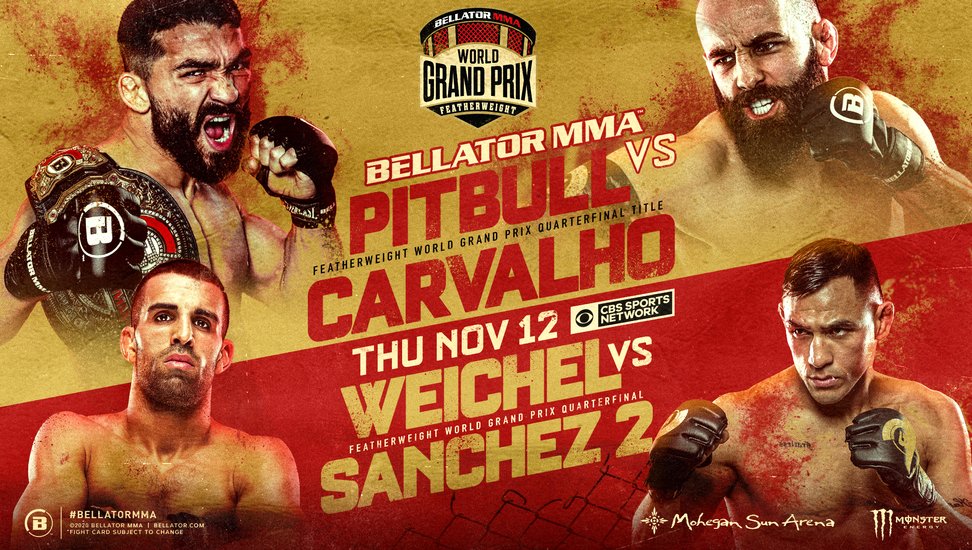 Bellator 252 went down on Thursday night at the Mohegan Sun Arena in Uncasville, Connecticut. In the main event, Patricio ‘Pitbull’ Freire knockout out Pedro Carvalho in the very first round to defend his featherweight title, and move into the last four of the Bellator Featherweight World Grand Prix.

‘Pitbull’ will now face Emmanuel Sanchez in the Grand Prix semi-finals, after the 30 year old put on a brilliant performance, beating Daniel Weichel via unanimous decision in the evening’s second GP quarterfinals.

In the co-main event, Yaroslav Amosov defeated the previously unbeaten Logan Storley via split decision, to extend his own unbeaten record to 25-0. Elsewhere on the Bellator 252 card, Aaron Pico impressed once again by knocking out John de Jesus in the second round, and Keri Taylor-Melendez submitted Emilee King in the first round to extend her undefeated record to 5-0.

Bellator returns next Thursday, November 19th with Bellator 253, which will feature the first Featherweight World Grand Prix semi-final between AJ McKee and Darrion Caldwell in the main event of the evening.