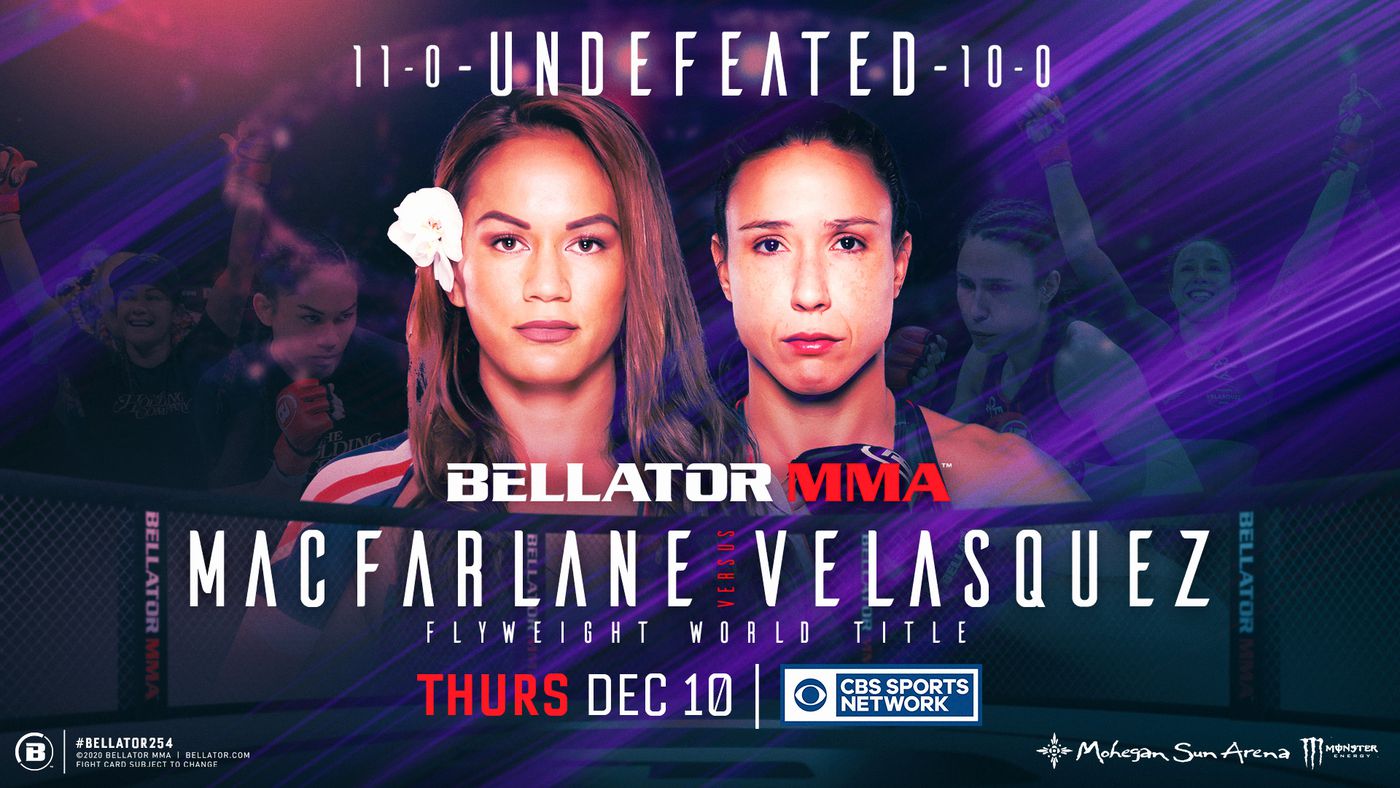 Bellator 254 goes down on Thursday night at the Mohegan Sun Arena in Uncasville, Connecticut. The main event will see Ilima-Lei Macfarlane defend her flyweight title against Juliana Velasquez, who like the champion goes into the title fight undefeated.

Magomed Magomedov is set to make his promotional debut against Matheus Mattos in the Bellator 254 co-main event. ‘Tiger’s only loss to date came against UFC bantamweight champion Petr Yan. He also holds the only loss of ‘No Mercy’s’ professional career. ‘Adamas’ is also making his Bellator debut, and his only loss also came against Yan.

The heavyweight clash between Davion Franklin and Anthony Garrett was cancelled on fight day for undisclosed reasons. The lightweight clash between Goiti Yamauchi and Nate Andrews was also removed from the card after the Japanese born Brazilian missed weight by 6.8lbs. The card proceeds with eight fights.

Bellator is set to return in early 2021.