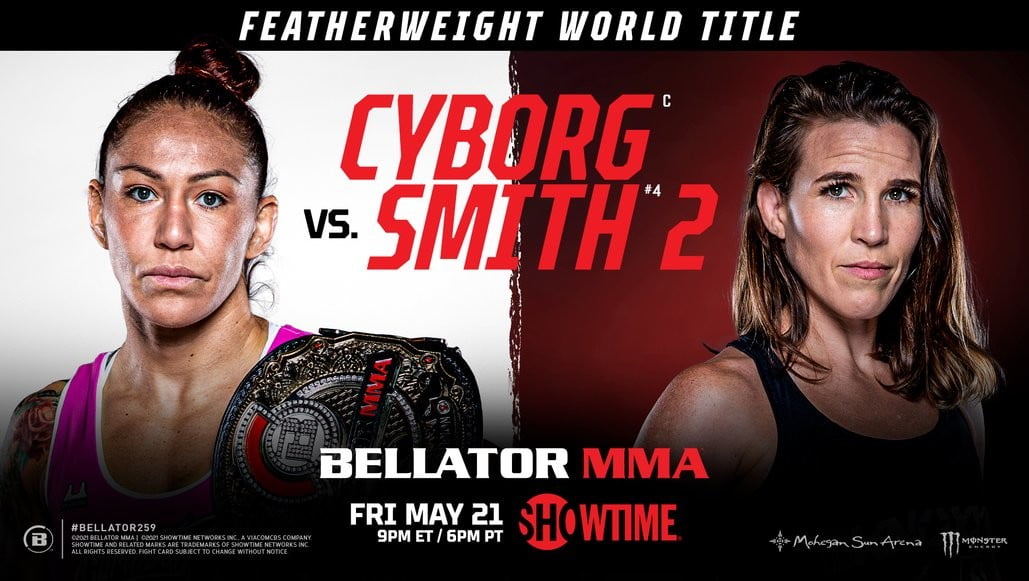 Bellator 259 went down on Friday night at he Mohegan Sun Arena in Uncasville, Connecticut. In the main event, Cris Cyborg successfully defended her featherweight title for a second time by finishing Leslie Smith late in the fifth round.

Bellator returns on June 11th with Bellator 260, which will see the promotion welcome fans back for the first time in over a year. In the main event, Douglas Lima will defend his welterweight title against Yaroslav Amosov.