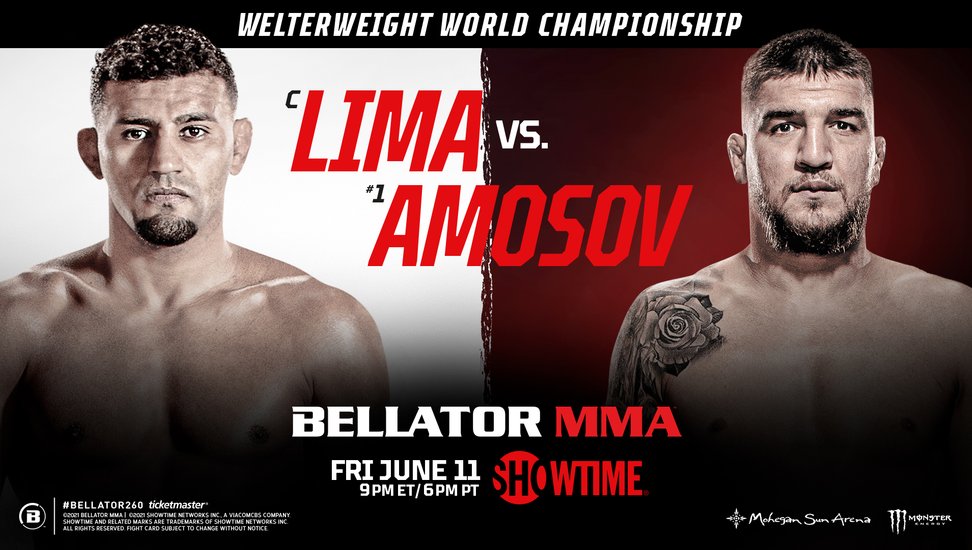 Bellator 260 went down on Friday night at he Mohegan Sun Arena in Uncasville, Connecticut. In the main event, Yaroslav Amosov largely dominated Douglas Lima for five rounds to extend his undefeated record to 26-0 and win the Bellator welterweight title.

In the co-main event, Jason Jackson scored a 30-27 victory on all three judges’ scorecards against Paul Daley. Elsewhere on the Bellator 260 main card, Aaron Pico submitted Aiden Lee in the third round in another impressive performance, and Mark Lemminger scored a second round TKO win over Demarques Jackson.

Bellator returns on June 25th with Bellator 261, which will see Tim Johnson fight Valentin Moldavsky for the interim heavyweight title in the main event.