Ben Askren And Kelvin Gastelum Go At It On Twitter 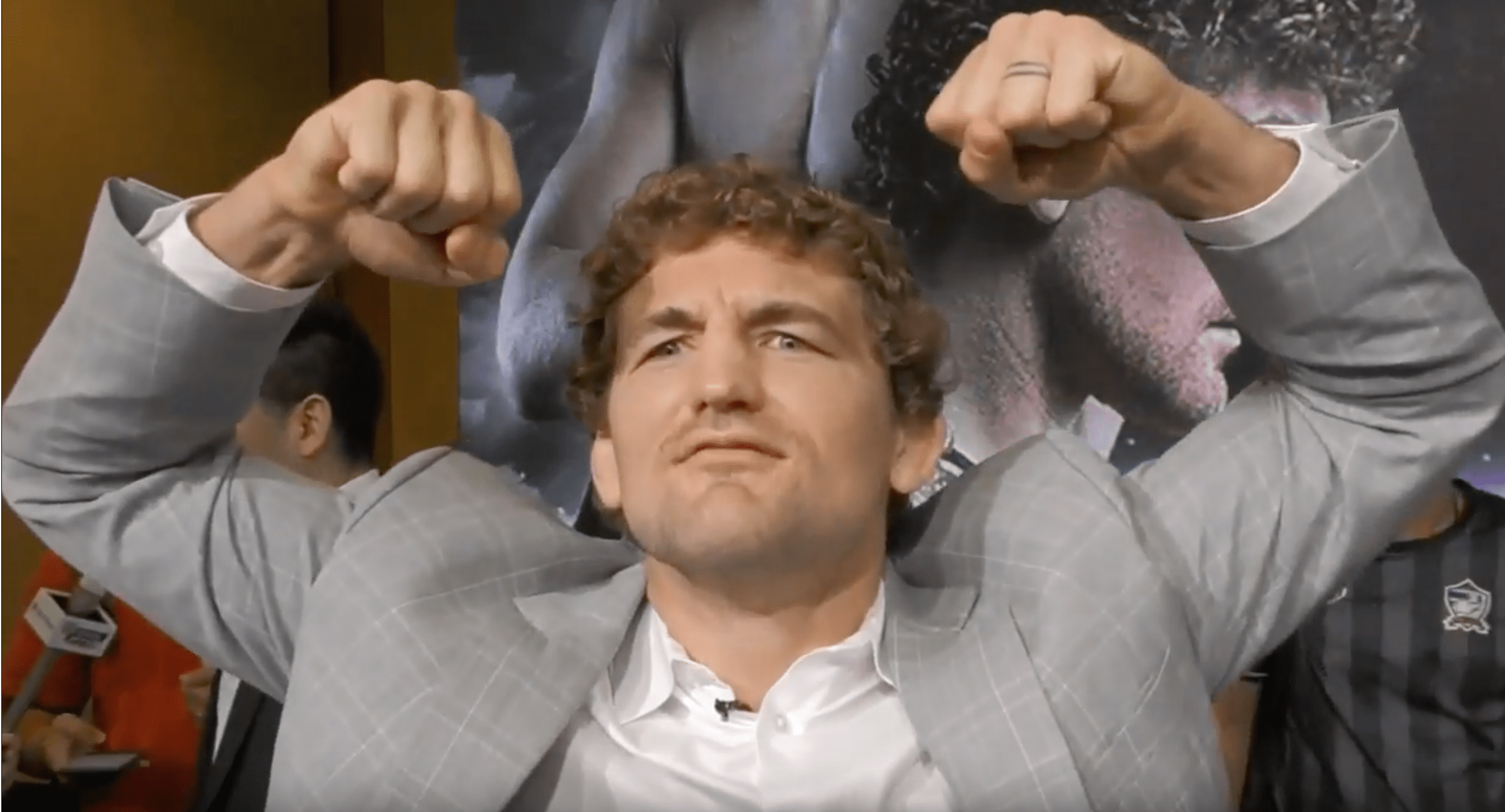 Ben Askren isn’t shy when it comes to trash talking on Twitter and now it looks like he has a new opponent, in Kelvin Gastelum. Although I’ve got to say, Askren has had tougher opponents on the battlefields of Twitter.

This interaction started with Gastelum responded to Ariel Helwani’s tweet in which Tyron Woodley said he was considering moving up to middleweight.

Gastelum’s tweet obviously didn’t sit well with Askren, who trains with Woodley, and he responded in his very Askren way.

Gastelum probably would have been better off leaving it there but instead tweeted back, saying he didn’t know how Askren was. ‘Funky’ was having none of that though.

We think it was at this point that Gastelum thought better off than going at it with the king of Twitter trash talk.

Sadly for Kelvin though, Ben doesn’t have any chill when it comes to Twitter wars.

If things weren’t going bad enough for the season 17 of TUF winner, he appeared to believe that someone pretending to be Ariel Helwani, was actually Ariel Helwani. Despite the very unlike Helwani grammar in the tweet.

Gastelum is next in action at UFC 234, where he will challenge the middleweight champion, Robert Whittaker. Askren makes his UFC debut at UFC 235, against Robbie Lawler. But perhaps we could see the two fight each other down the road. But hopefully not on Twitter again!