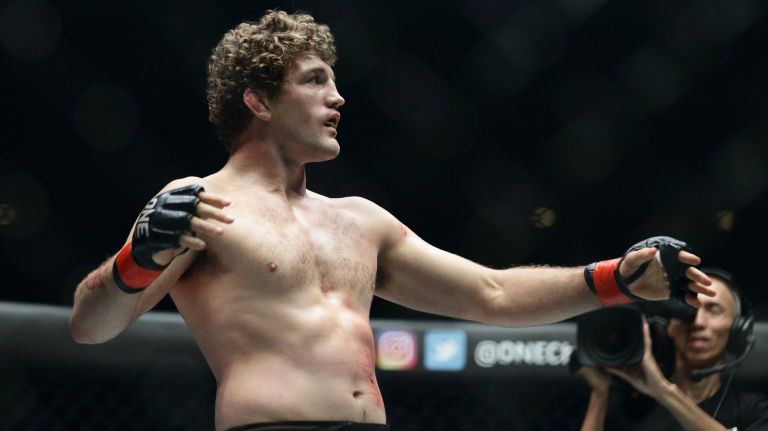 “Funky” Ben Askren has been making all the right noises and moves. Ever since the former Bellator and ONE Championship champion signed with the UFC, the fans — along with Dana White — have been impressed with Ben’s sense of humour, and his demeanour. Furthermore, Askren already holds a victory over former UFC Welterweight Champion Robbie Lawler, and will face Jorge Masvidal on July 6th, in what can be a title eliminator.

While Ben is busy preparing himself for his fight with Masvidal, he recently appeared on the Ariel Helwani Show, and opened doors for a dream fight. When Ben was dominating and dismantling welterweights in Bellator MMA, the fans wanted to see a fight between Ben and arguably the greatest MMA fighter of all time, Georges St-Pierre. While GSP has since retired, Ben Askren told ESPN that he thinks a fight between the two will happen next year.

“I was a year off, it was my psychic intuition. I was feeling spring, I was feeling The Bell Centre, Montreal, and I think I was one year off.”

When asked how he would get GSP to come out of retirement, Askren said that the plan wasn’t fool-proof, but that the fight will eventually happen.

“I don’t know, but we’ll get there”, Askren quipped. “I just feel… I don’t know. Something about it feels right. I mean, if I beat up Jorge (Masvidal) and win the UFC title, there’s a debate for who the best welterweight of all time is.”

And he’s not the only fighter, looking to fight GSP. You can see who else wants to fight the welterweight great next year, here.