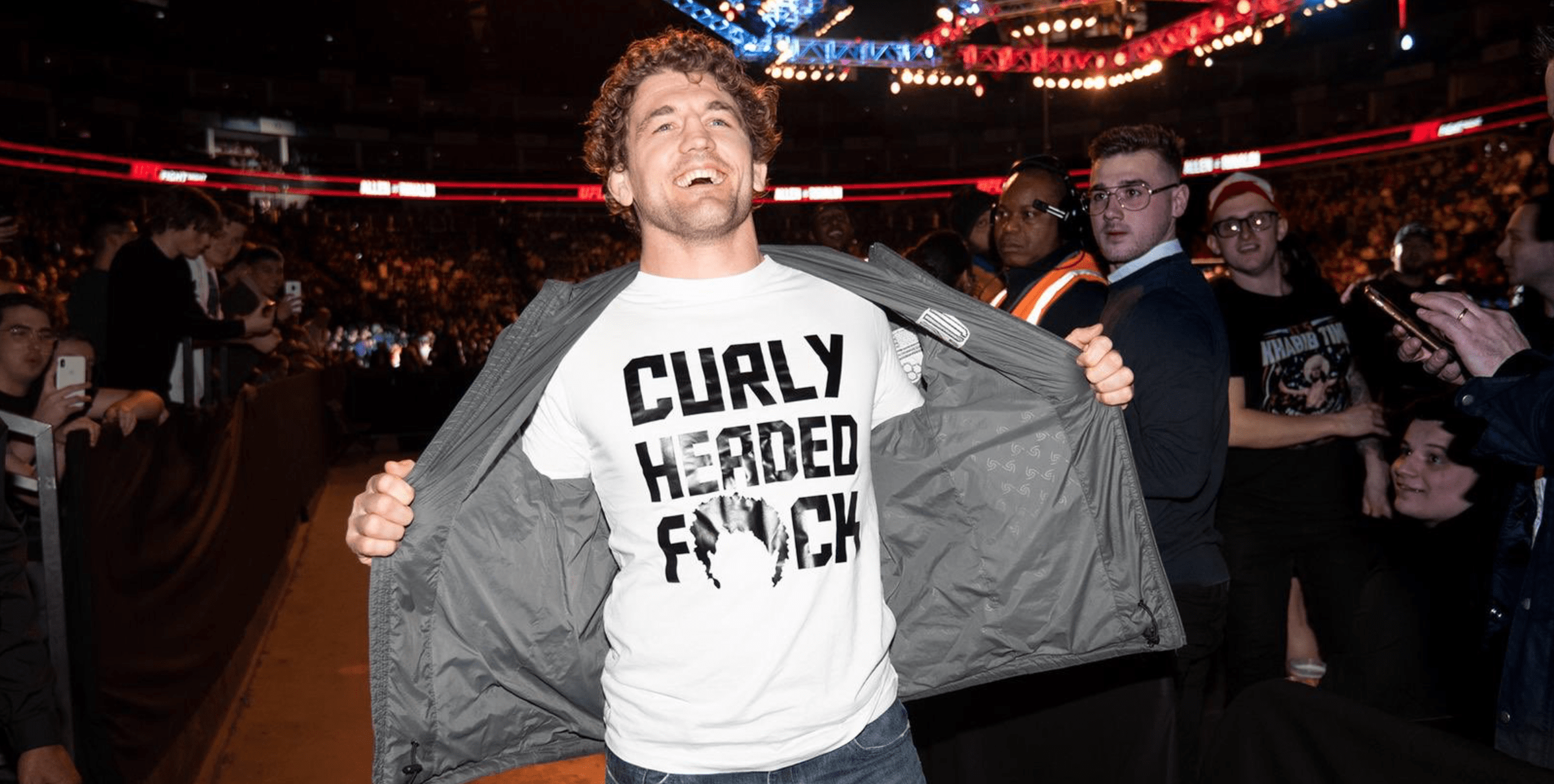 Ben Akren has been a breath of fresh air since joining the UFC at the end of last year. At a time when more and more fighters are strategically picking and choosing their fights more, looking for the perfect fight at the perfect time, Askren is challenging everyone.

And not only is he challenging everyone, he’s having fun doing it and entertaining us in the process. From roasting Dillon Danis to winding up Marty from Nebraska (Kamaru Usman) to embracing all the banter he received in London last week. If the idea is to create a buzz around you, where everyone wants to watch you fight, then no one is doing it better than Ben Askren right now.

Even UFC President Dana White, is coming out and praising Askren now (you can read about that here).

Speaking to Ariel this week on The Ariel Helwani Show, Askren gave a list of the fighters in the UFC welterweight division that he wants to fight. And it’s quite a long list!

“I just read the damn top ten, minus Tyron and myself, for you. I’ll fight any of them.”

Dana has just confirmed that Colby Covington will challenge Usman next (which you can read about here), you would think that Leon Edwards and Jorge Masvidal will fight next, after their backstage fracas at UFC London, and Stephen ‘Wonderboy’ Thompson is fighting Anthony Pettis this weekend at UFC Nashville.

Rafael dos Anjos and Santiago Ponzinibbio have also been going back and forth for a while now. So Askren’s options are limited. Especially with Darren Till losing to Masvidal in London. Dana has also just reiterated the fact that he wants to make the Lawler rematch.

This despite Askren saying that he doesn’t really want to fight Lawler again ideally, he would rather fight someone he doesn’t like.

Just in case Dana decides against making the Lawler rematch or doesn’t fancy giving Askren any of the top ten contenders in the 170lbs division, Askren has one more option up his sleeve.

Who do you want to see ‘Funky’ fight next?