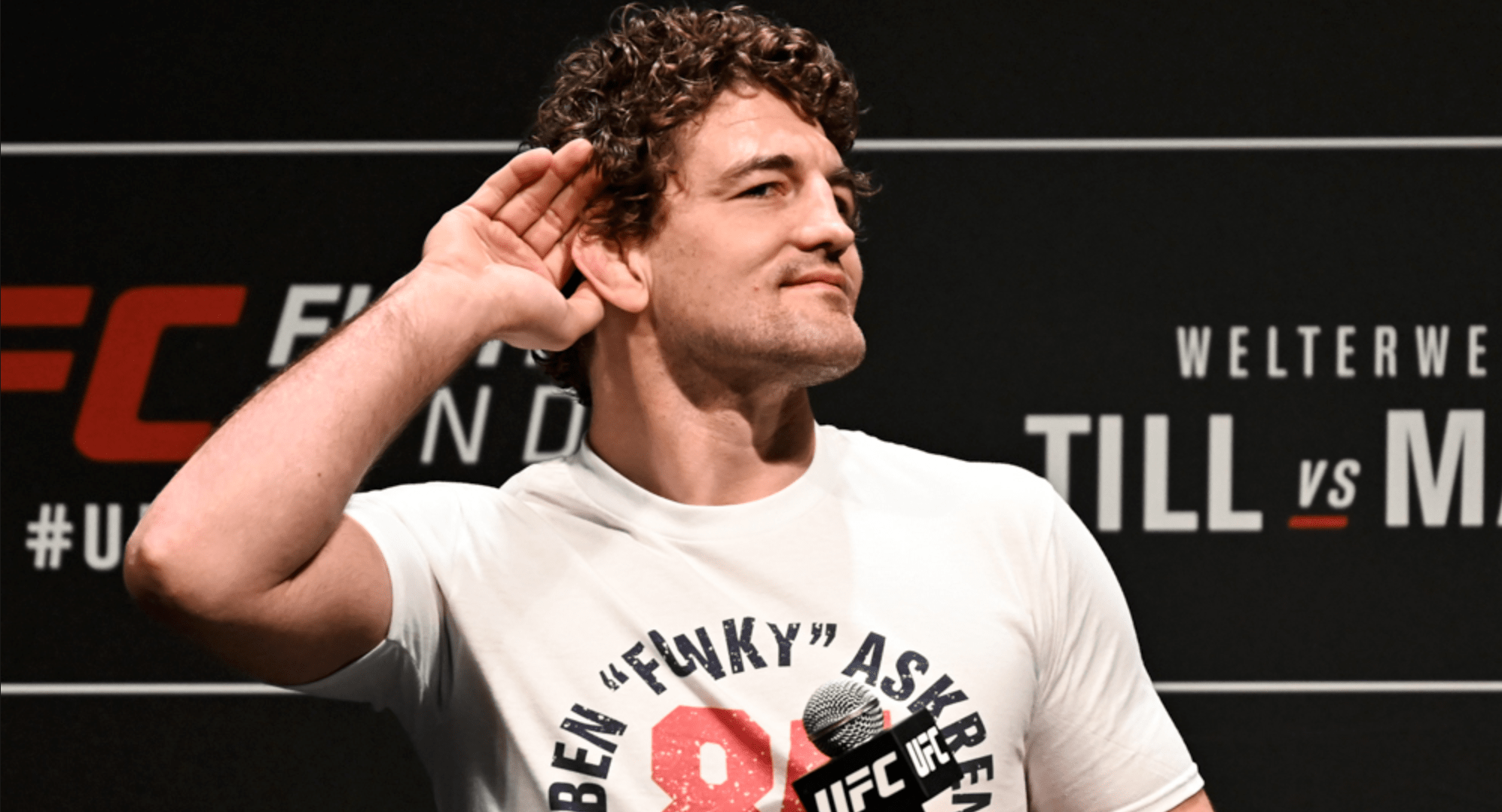 Ben Askren has been making all the right noises since signing up with the UFC. The former ONE and Bellator world champion signed up with the organization as part of a swap deal, which saw Demetrious Johnson heading over to ONE Championship. In his UFC debut, Askren defeated Robbie Lawler, albeit under controversial circumstances.

Askren will fight Jorge Masvidal this weekend at UFC 239, and before the highly anticipated fight, Askren spoke with MMA Fighting about Masvidal’s fight with Darren Till.

“Going in to the fight with Masvidal, I thought Till was going to win”, Askren told MMA Fighting. “Masvidal was already making excuses so I didn’t really think it was a good possibility of me fighting Masvidal but then when he won, they started looking around at opponents for me and “Wonderboy” [Stephen Thompson] lost and Masvidal was the one that made the most sense.

“I just had to goad him into saying yes, which I did, and here we are.”

Talking about his upcoming fight with Jorge, Askren said that the challenge was pretty straightforward.

“To prove I’m the best in the world is the one goal I came back for because I was retired. I think this puts me closer to that”, Askren said about his fight against Masvidal.

Ben Askren also touched upon the marquee fight at UFC 241 between Anthony Pettis and Nate Diaz. However, “Funky” Ben doesn’t think that the fight would have any significant repercussions on the welterweight division.

“I don’t really see it as a big deal. We’ll figure it when we get there”, Askren said. “I don’t think Anthony’s permanent home is 170. I think obviously him beating “Wonderboy” was fantastic, I loved that.

“When it gets down to it, I know Nate Diaz said he’s not a 155 pounder anymore or whatever bulls—t he says but at the end of the day, Nate Diaz is 1-3 at 170 [pounds]. Nate Diaz is a terrible 170-pounder and that’s all there is to it. Anthony versus Nate is going to be fun. I think Anthony is going to kick Nate’s ass and I don’t know that will really affect me that much.”

Ben also gave props to Nate for keeping himself in the spotlight, considering he last fought in 2016. Askren also said that he doesn’t worry about Nate Diaz disrupting the rankings in the 170-pound division.

“For what it’s worth, he does a great job making people interested in him. It’s a funny thing because to me he comes off as fairly unintelligent and he says some crazy s—t”, Ben Askren said about Diaz. “Like where he said he’s the king of lightweights. It’s kind of funny. In a little demented way, he believes it even though there’s no way it’s close to actually being true. In the same way that a lot of people do, I find it entertaining and in another way it’s like holy s—t this guy is out of his damn mind.

“He is not a threat in the slightest bit to the welterweight division. I think we’re getting down to the point where he’s just delusional.”