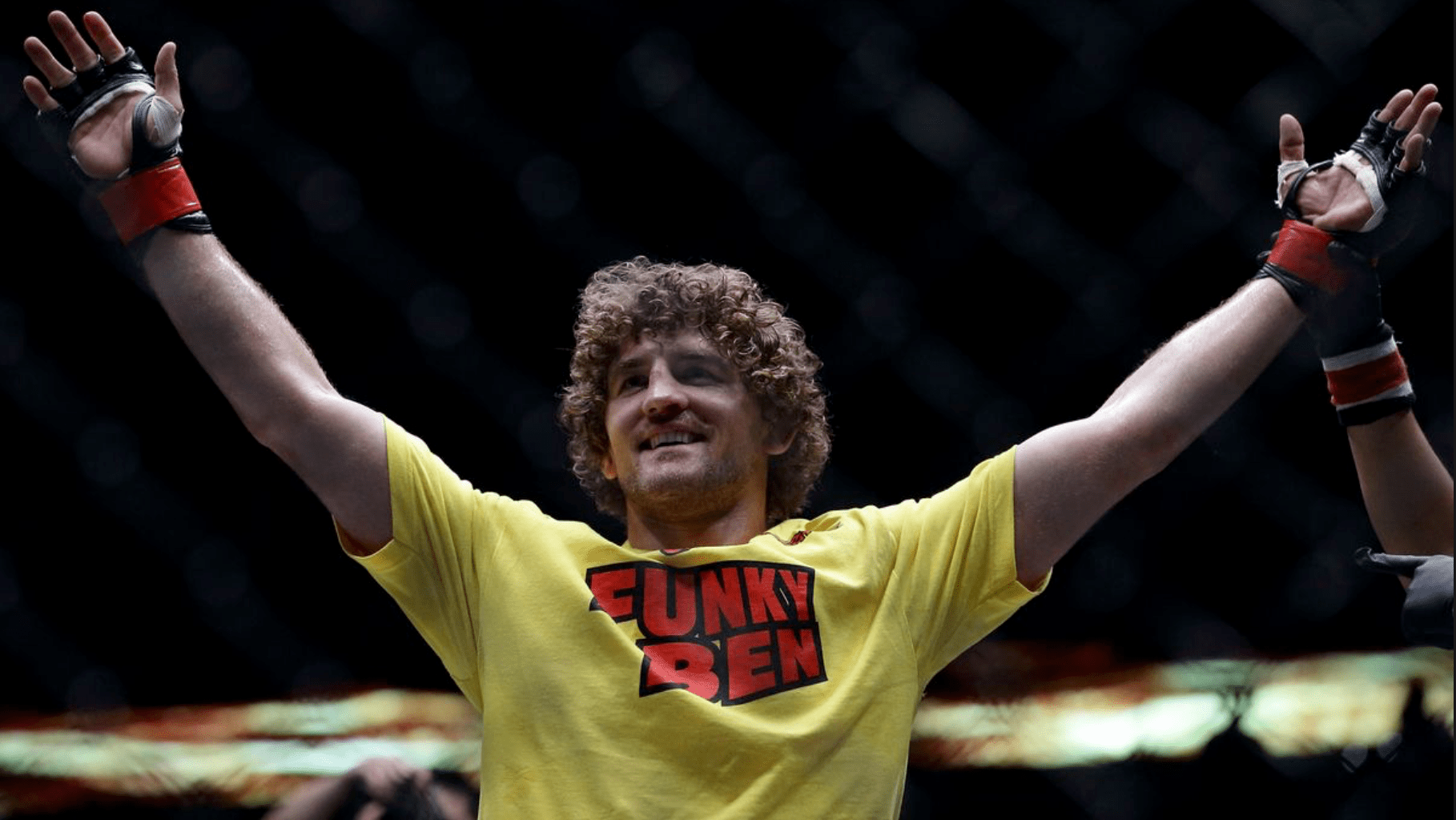 Ben Askren has always insisted that he’s the best welterweight in the world. But whereas fans of Bellator and ONE Championship could testify for how good Askren is, UFC fans weren’t convinced in the past.

And when the now 34 year old retired from MMA in 2017, whilst the ONE Championship welterweight champion, it looked like we would never see Askren face the best 170 pounders in the UFC.

That all changed last year however, when the UFC and ONE Championship done a first of its kind swap deal, which saw Askren sign a contract with the UFC and Demetrious Johnson move to ONE.

Since then, Askren has been a breath of fresh air in the promotion. With his playful trash talking and his willingness to fight absolutely anyone.

The goal still remains the same though.

“To prove I’m the best in the world is the one goal that I came back for because I was retired. I think this puts me closer to that. I think the way the momentum is shifting, if I beat up Jorge Masvidal, I think there’s a good chance I get a title shot, and if not, I’m not very far away. I’m pretty darn close.”

Right now, Colby Covington is the number one contender in the UFC welterweight division and has been promised the next shot at the 170lbs champion, Kamaru Usman. Although he was promised a shot at Tyron Woodley previously while he was still the champion, only to see Usman get the title shot ahead of him. And ‘Funky’ thinks this could happen again.

“I think it is [possible]. I don’t think people are too into Colby’s schtick anymore. They realize it’s old, it’s washed up, it’s just not that exciting. The guy is doing one of these things where you sit out and wait for a title fight and that is something I will never, ever do.

“How long ago was Colby’s last fight? Last June? What is this motherf***er going to sit out for 16 months and expect to get a title shot? The only way to stay relevant in this sport is to stay in there and keep getting after it. So yeah, if I go beat up Jorge, I’m going to have a lot more momentum. And if ‘Marty’ (Kamaru Usman) wants to make some money, I’m sure ‘Marty’ has a pay-per-view clause in his contract, you’re damn sure that I’m going to sell a whole bunch more pay-per-views against him than Colby would.”

Having lost his shot at the title before, for not being active enough, Askren thinks Covington is playing a risky game, by sitting out again.

“That’s a long time to sit out in your prime. Colby had a minor surgery and then if you remember, Colby had the option to fight ‘Marty’ in January of this year and Colby said no and then Colby got burned on that whole deal.

“I don’t know why he keeps sitting out. He should have figured out that probably isn’t a great strategy and went to a different strategy.”

With the bad blood between Usman and Covington, it could do good numbers but Askren is adamant that a fight between him and Usman would do even better numbers. And better numbers, mean more money for the promotion.

“At the end of the day what the UFC sees more than anything are dollar signs and right now when they look at me, that’s what I present.”

Obviously Askren has to get past Jorge Masvidal at UFC 239 first. Which goes down on July 6th, at the T-Mobile arena in Las Vegas. Should he do so in convincing fashion, there could be more disappointment for Covington.

Do you think Colby Covington is playing a risky game by sitting out and waiting for the Kamaru Usman fight?