Ben Rothwell Returns Against Blagoy Ivanov After Three Years Out 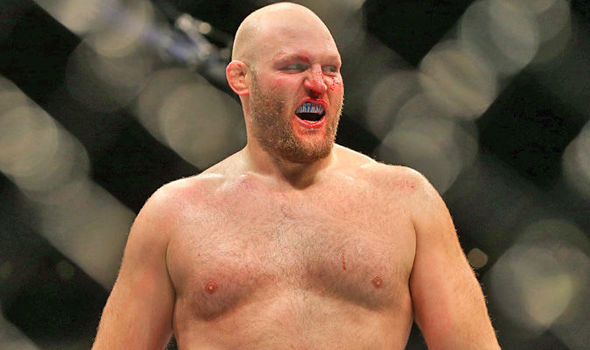 UFC heavyweight Ben Rothwell, will return to the Octagon against former Bellator champion Blagoy Ivanov, after being out for almost three years.

Rothwell hasn’t fought since April 2016, where he lost to Junior dos Santos. The fight ended a four week winning streak, which had put him close to title contention. He was supposed to have fought former champion Fabricio Werdum, at UFC 203 in September 2016 but a knee injury caused the fight to be scrapped. The fight was rescheduled for UFC 211 but was this time cancelled after Rothwell failed an out of competition drug test by USADA. As a result, Rothwell was suspended for two years.

Blagoy Ivanov also lost his last fight to dos Anjos, losing by unanimous decision, in his UFC debut last July. He had won his five fights previous to this loss.

The fight announcement was first reported by Bulgarian MMA site MMA.bg and confirmed by MMA Junkie. No news on when and where the fight will take place has been confirmed as of yet.