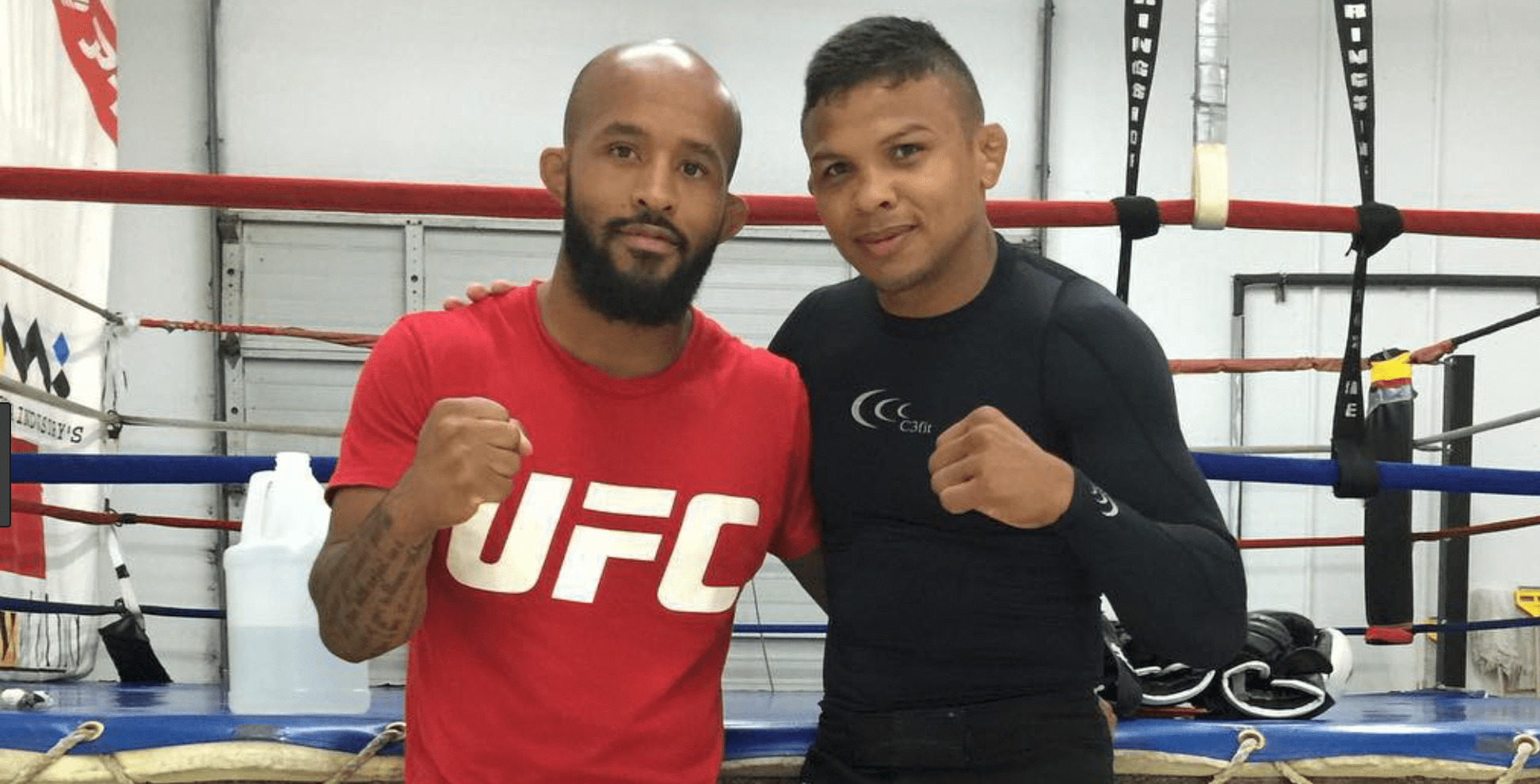 We’re less than two weeks away from the historic ONE: A New Era, which goes down in Tokyo, Japan on March 31st. The event will see four title fights, all four ONE Flyweight World Grand Prix quarterfinals and the ONE Championship debuts of Demetrious Johnson and Eddie Alvarez.

One of those four title fights, will see Bibiano Fernandes look to reclaim his ONE bantamweight title against Team Lakay’s Kevin Belingon. It will be the third contest between the two, with Belingon winning their most recent one, last November. Which saw him take the belt from Fernandes.

Ahead ONE: A New Era, Fernandes has been preparing for the trilogy bout by training with Demetrious Johnson. Who will face Yuya Wakamatsu in the ONE Flyweight Grand Prix on the night. As he told The Body Lock.

“We spent like three weeks together for this fight… grappling, sparring. We have each other. He has a lot of knowledge, he’s very smart in the business.”

“We push each other but we also train smart too. We don’t go crazy, we help each other. He push me, I push him. Make sure he has good training, make sure I have good training.”

When asked what his training partner and friend will bring to ONE, the Brazilian stated that he still believes that Johnson is the best pound for pound best fighter on the planet.

“I think he brings himself. He brings Demetrious Johnson. He is still the best pound-for-pound [fighter in the world]. What he did was break records [most title defenses in UFC history]. No one in history did what he did.”

Do you agree with Bibiano?