Bisping: Miocic Can Become The GOAT By Beating Ngannou And Jones 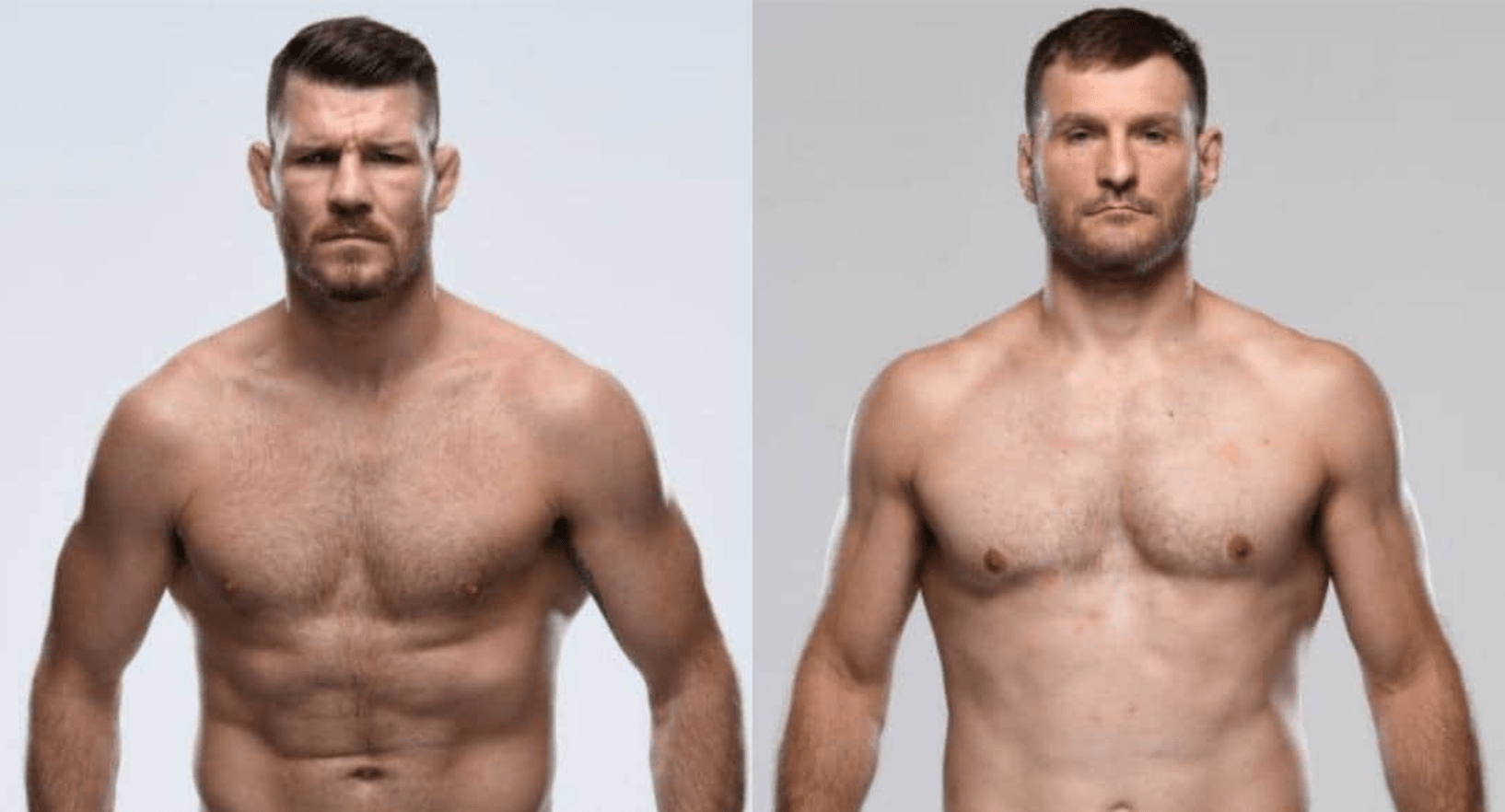 Former UFC middleweight champion Michael Bisping believes that Stipe Miocic could make a case that he’s the GOAT if he beats Francis Ngannou this weekend, and then goes on to defeat Jon Jones.

Miocic is set to defend his UFC heavyweight title in the UFC 260 main event this weekend in a rematch with Ngannou, and Dana White has said that the winner will fight Jon Jones next.

In their first meeting at UFC 220, Miocic utilised his superior wrestling to shut down Ngannou and churn out a one-sided unanimous decision victory. ‘The Predator’ has since blitzed his way back to the top of the division, winning his last four fights in the first round.

Speaking with MMA Junkie, Bisping said that he expects a very confident Ngannou to show up at UFC 260, but speculates that the 34 year old may be underprepared.

“I think it’s gonna be a very confident one (Ngannou) because when he fought Stipe the first time, he was still a baby in mixed martial arts,” Bisping said. “Ngannou was a victim of his own success because he would go out there, just touch anybody and they fall asleep, and that’s great. That’s gonna make you very famous. You’re gonna get a lot of fans, you’re gonna earn a lot of money, but you’re not learning anything. As a fighter, you learn the most when you’ve got to fight through adversity, when you find yourself in these positions, maybe even take a couple of losses.

“Now, of course, in the Stipe one he did, and I’m sure he did learn a lot from that, but since that fight I think it’s been four fights that he’s just absolutely blitzed everybody again, and that’s awesome for the confidence. It’s awesome for the momentum, it got him the title shot, but is he going to fall back into the same mistakes? Is he still gonna go in a little underprepared? Because I know for a fact when I was training, I’d always be in the best shape I could be. I was running down the streets, going crazy, pushing myself to the limit in the gym. But if I had a history of just touching people and them falling asleep, I’m not sure I would have pushed myself quite the same. I don’t know.”

Bisping believes that Ngannou’s best chance of winning is to knockout Miocic in the very first round, because the champion’s chances of winning will improve as the fight progresses.

“For Stipe, he’s coming into this as an underdog, as the best champion we’ve ever seen and already beating Ngannou, so I’m sure there’s a little chip on his shoulder about that,” Bisping said. “He’s probably a little annoyed, but it’s crazy to go against the champ, isn’t it? He’s already beaten him, and he’s the best heavyweight on paper in history that the UFC’s ever seen. So I’m leaning towards that, but Ngannou has probably learned a bit more, and he’s training at Xtreme Couture now in Las Vegas, he’s been doing the wrestling and all that kind of thing. I think it comes down to the first round. If Ngannou is gonna win, he’s gonna do it in the first round.

“I think the longer it goes on – because if you look at Ngannou, the man is gigantic. He’s absolutely jacked and all those muscles look awesome, and he’s gonna be a massive movie star in action movies if he wants after the UFC, but they do tire you out. Stipe is a big dude. He’s got a bigger frame, but Ngannou’s got bigger muscles, so Stipe is more adept at going the distance, and I think he’ll drag him out into the later rounds and do the same thing. Or Ngannou just flatlines him with the first punch.”

Miocic has already beaten some of the best ever heavyweights during his illustrious career in the UFC, including four former champions. His most recent victory came against Daniel Cormier in their rubber match at UFC 252.

Should he beat Ngannou at UFC 260, and then go on to beat Jones, Bisping thinks Miocic could potentially solidify his legacy as the greatest MMA fighter in history.

“I think now that Khabib is retired, Jones is pound-for-pound number one,” Bisping stated. “OK, you got all the asterisks and things like that, and that’s unfortunate for him, but it’s the situation. However, if Jones can come up to heavyweight and become the champion there, then I think that solidifies him. But if Stipe can beat Ngannou and then beat Jon Jones, yeah there’s a very good argument for Stipe being the greatest mixed martial artist of all time.”

Do you agree with Michael Bisping, will Stipe Miocic put himself in the GOAT conversation with wins over Francis Ngannou and Jon Jones?