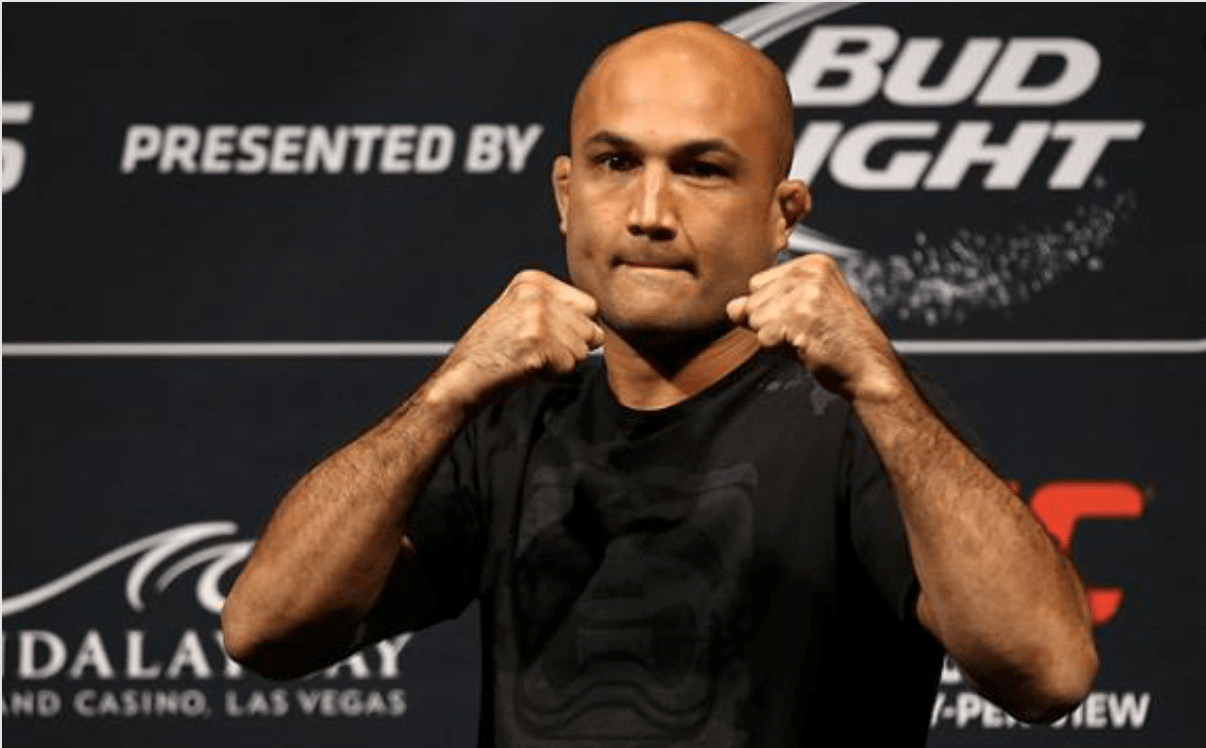 Legend of the sport, BJ Penn, made another comeback at UFC 232, where he fought Ryan Hall. Unfortunately it didn’t end well for the Hawaiian.

Hall was able to tap out BJ with the slickest heel hook submission. What made the submission even more impressive, it was the first time BJ had ever been tapped in his whole career.

Speaking to BJPenn.com‘s Chris Taylor, BJ had this to say about the fight.

“I was shocked at how deep Ryan [Hall] was able to sink in the leg lock right off the hop. The timing was perfect. I tried to run and pull my leg out, but I wasn’t going anywhere as my knee was still stuck inside his hips. So I tried to defend my knee and turn it up towards the sky. By the time I looked back he had already switched to the heel hook and my ankle just popped.

“You know I felt like I had one of the greatest training camps in my life for this fight. Training in Brazil at Nova Uniao was nothing short of amazing. I can’t thank Leo Santos and coach Andre Pederneiras enough for their efforts. We had practiced everything, including leg locks, and I felt great. It just didn’t work out this time around.”

Asked how his leg was a couple of week after the fight, BJ said it was still bruised and swollen.

“It is swollen. There’s some bruising and what not. But it wasn’t my knee. It was my ankle that popped. It is what it is. Hats off to Ryan Hall, that submission was the perfect storm.”

Whether we’ll see the former UFC champion fight again, he’s not sure yet.

“I just got back home to Hawaii. I’m going to let my ankle heal up and then I will contemplate what is next for my life.”