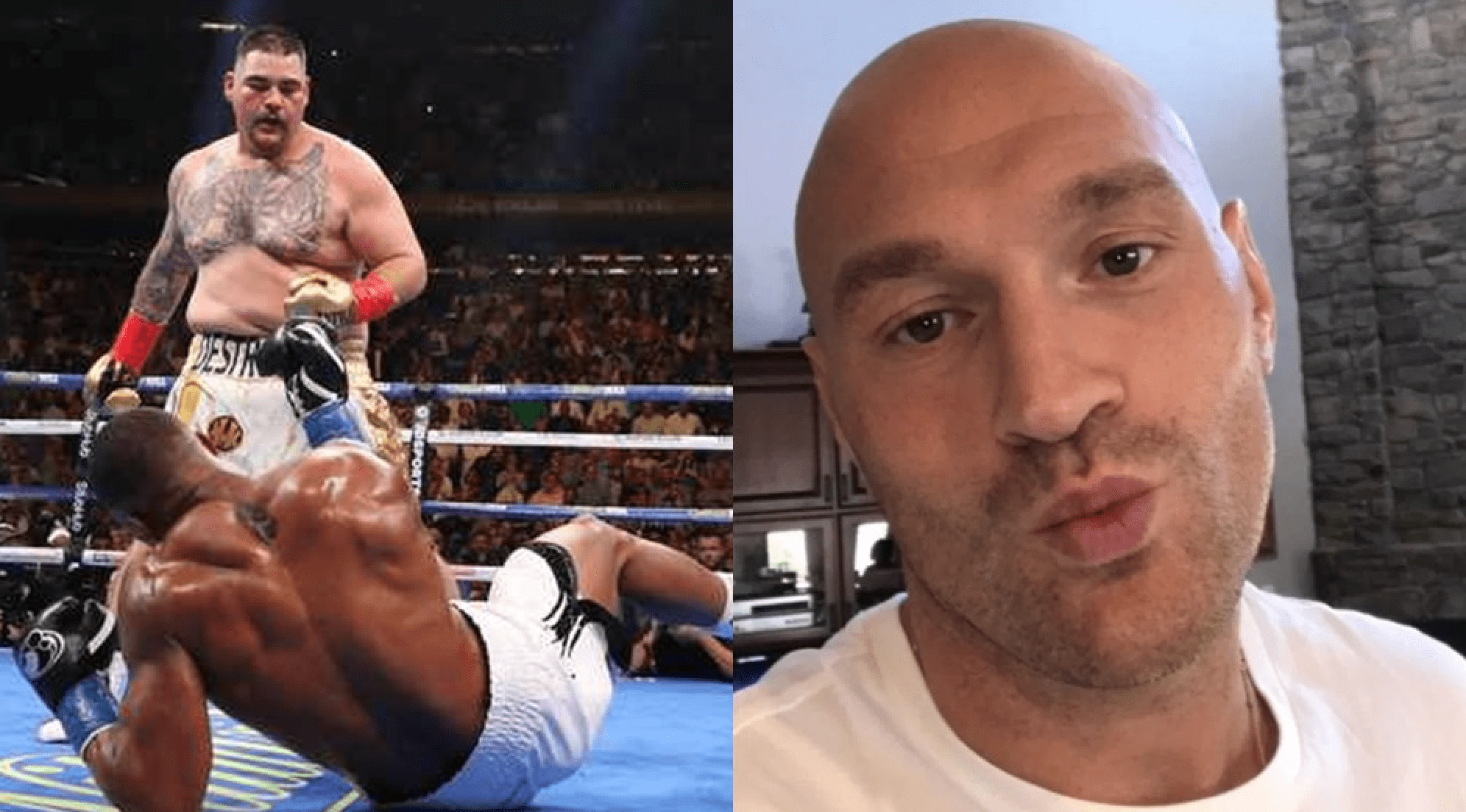 We’re less than two weeks away from the highly anticipated rematch between Andy Ruiz Jr. and Anthony Joshua. Six months on from their first encounter, which saw Ruiz come in on three weeks notice and shock the world by stopping the formally unbeaten Brit, the two will again face off in Saudi Arabia.

In beating Joshua, Ruiz became the first boxer with Mexican heritage to be crowned the heavyweight champion of the world, winning the WBA (Super), IBF, WBO and IBO championship belts.

Ahead of the rematch, the former heavyweight champion of the world Tyson Fury, outlined how he sees the rematch going.

“I see it going pretty much similar to the first fight. Now, I know they’ve both lost some weight and whatever and they’ve had more time to prepare and they’ve changed a few things in the training team and the training camp,” Fury told the True Geordie (as transcribed by The Mac Life).

“And that’s it. You go back to how you once was and you want to fight and that’s exactly what I see happening.”

Fury went on to suggest that all the scientific training in the world isn’t going to make a difference, when Joshua and Ruiz step inside the ring on December 7th.

“There’s three rules to boxing; train hard, eat well and get your rest. Especially for heavyweights, there’s nothing else. Because when you want to start implementing all these different technologies into your game – improvements, one percent here and there – it’s a load of shite to be honest with you.

“Andy Ruiz, let’s just use him because he’s a great example, little fat pig who comes in on three weeks notice. Murdered every doughnut and taco in California and then goes in with a man who’s had a twelve week training camp with every sports scientist in the United Kingdom.”

Tyson Fury is expected to rematch Deontay Wilder in early 2020, after the two fought out a controversial draw almost one year ago.

Who do you think will win the rematch between Andy Ruiz and Anthony Joshua?