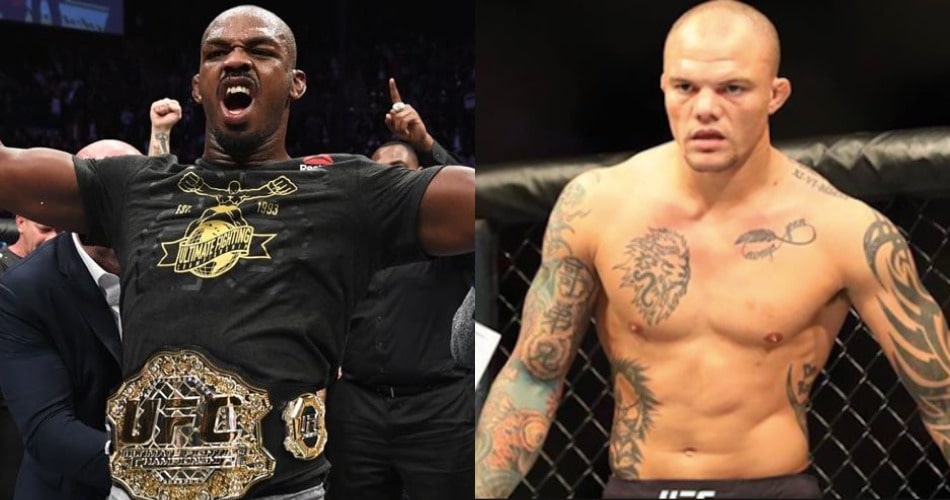 UFC president Dana White, has told TMZ Sports that Jon Jones vs Anthony Smith is in the works for UFC 235. It is dependant on whether Jones is cleared by the Nevada Athletic Commission (NAC).

Dana told TMZ Sports “Later this month, Jon Jones will file an application for licensure with the NAC in order to compete at UFC 235 in Las Vegas, Nevada on March 2nd. Provided that license is granted, Jones will be defending his Light Heavyweight title against Anthony Smith in a 5 round main event at the T-Mobile Arena.”

Jones tested positive for tiny traces of the anabolic steroid Turinabol just days before UFC 232. With this falling just before Christmas, the NAC didn’t have time to convene for a hearing and as such, the whole UFC 232 card was moved from Las Vegas to Los Angeles on six days notice.

The California State Athletic Commission (CSAC), which was able to examine the case, granted Jones a license after looking at the evidence and consulting several experts. It is expected that the NAC will see it the same way as the CSAC and grant Jones a license.

Both Jones and Smith have hinted over the last few day that this fight was in the works. ‘Lionheart’ is the third ranked light heavyweight and on a three fight win streak, having beaten Volkan Oezdemir, Shogun Rua and Rashad Evans.

Do you like this match up? As I stated earlier this week, I would have liked to have seen the likes of Smith and Jan Blachowicz get one more big win under their belt, to earn a shot at the title. But I guess with ‘Bones’ wanting to make a quick turnaround after UFC 232, Smith is the most deserving contender.