Brian Ortega vs The Korean Zombie To Headline UFC Busan 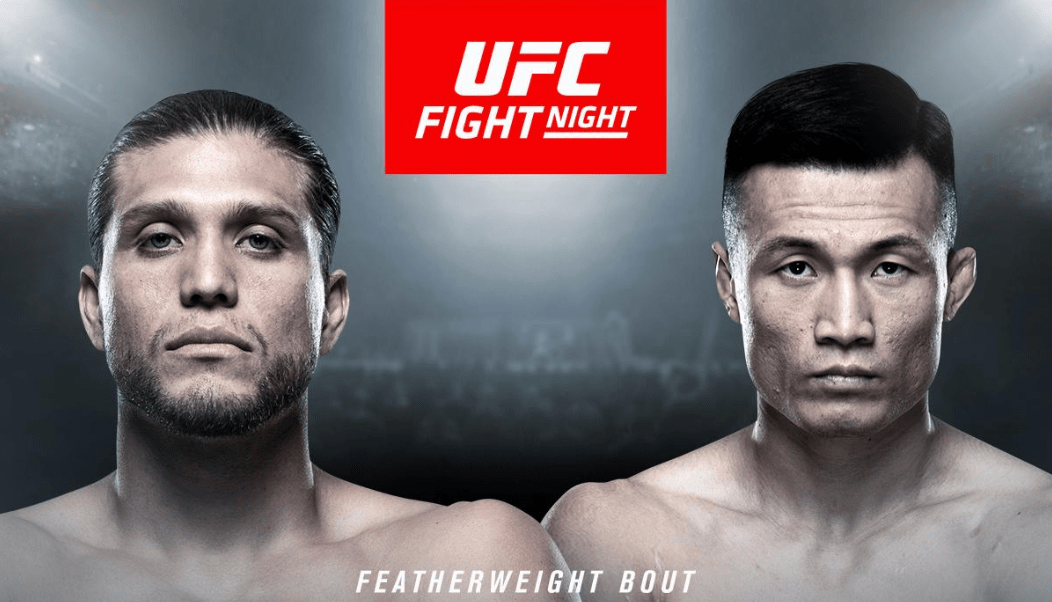 The UFC heads to South Korea for the second time in December, having previously visited Seoul in 2015. Having announced the first two fights on the UFC Busan card last week, the UFC has now confirmed that Brian Ortega will face ‘The Korean Zombie’ in the main event.

This pits the number two ranked featherweight in the UFC, against the number six. Ortega hasn’t fought since last December, when the doctors stopped his fight against Max Holloway at the end of the fourth round, while fighting for the UFC featherweight title. The loss was the 28 year old’s first in sixteen professional fights.

Chan Sung Jung (‘The Korean Zombie’) will compete in his home country for the first time since 2008, having won the first six fights of his professional career on home soil. The 32 year old is coming off a performance of the night, first round TKO win over Renato Moicano, in June at UFC Greenville. This win followed his fight of the year with Yair Rodriguez last December, when he was stopped by a stunning no-look elbow knockout, in the very last second of the UFC Denver main event. ‘The Korean Zombie’, who has a 15-5 record, fought for the featherweight title in 2013 but was stopped by Jose Aldo in the fourth round.

UFC Busan goes down at the Sajik Arena, in Busan, South Korea on December 21st.