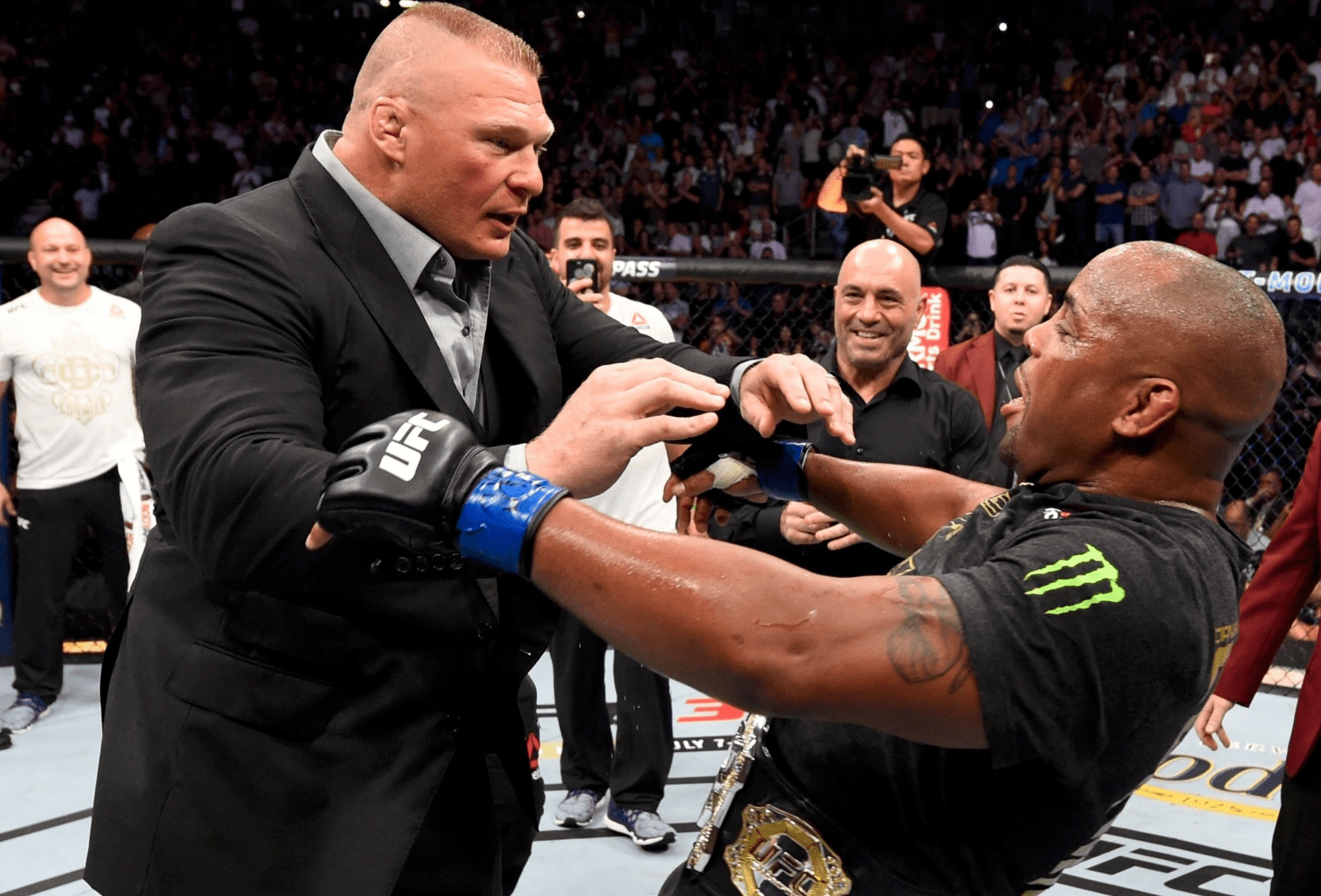 Two and a half years after his last fight in the UFC, Brock Lesnar is still to pay his $250,000 fine to the Nevada State Athletic Commission. It was after that fight against Mark Hunt at UFC 200, where Lesnar received a one year suspension from USADA, for a failed drug test. The failed test came with a quarter of a million dollar fine, as well as the suspension.

Lesnar has signed a new deal with WWE since then. Although it is believed that there is a clause in his contract to allow his to fight in the UFC. Speculation of a return to the Octagon grew when the former heavyweight champion re-entered the USADA testing pool last July. A few days later, Brock sat cage side at UFC 226, where Daniel Cormier beat Stipe Miocic to win the UFC heavyweight title. He even got inside the Octagon afterwards and shoved the new champion.

It was generally accepted at that point that Lesnar would fight DC for the heavyweight title, once he had completed six months in the USADA testing pool. Since then, expectations of Lesnar returning to the cage have lessened. As Cormier told The MMA Hour recently. “As of right now with the Lesnar thing, that’s kinda still up in the air.”

One thing is for sure, if we are going to see Lesnar vs Cormier, the WWE star is going to have to pay his NSAC fine. As NSAC executive director Bob Bennett told MMA Weekly “(Lesnar) is still suspended based on his fine. He is required to pay the fine or set up a payment plan with the Attorney General’s Office (to get cleared from the suspension).”

If Lesnar were to pay the fine, he would eligible to fight again in two days, on January 8th. Having completed six months in the USADA testing pool. Whether he will pay the fine and return, we will have to wait and see.