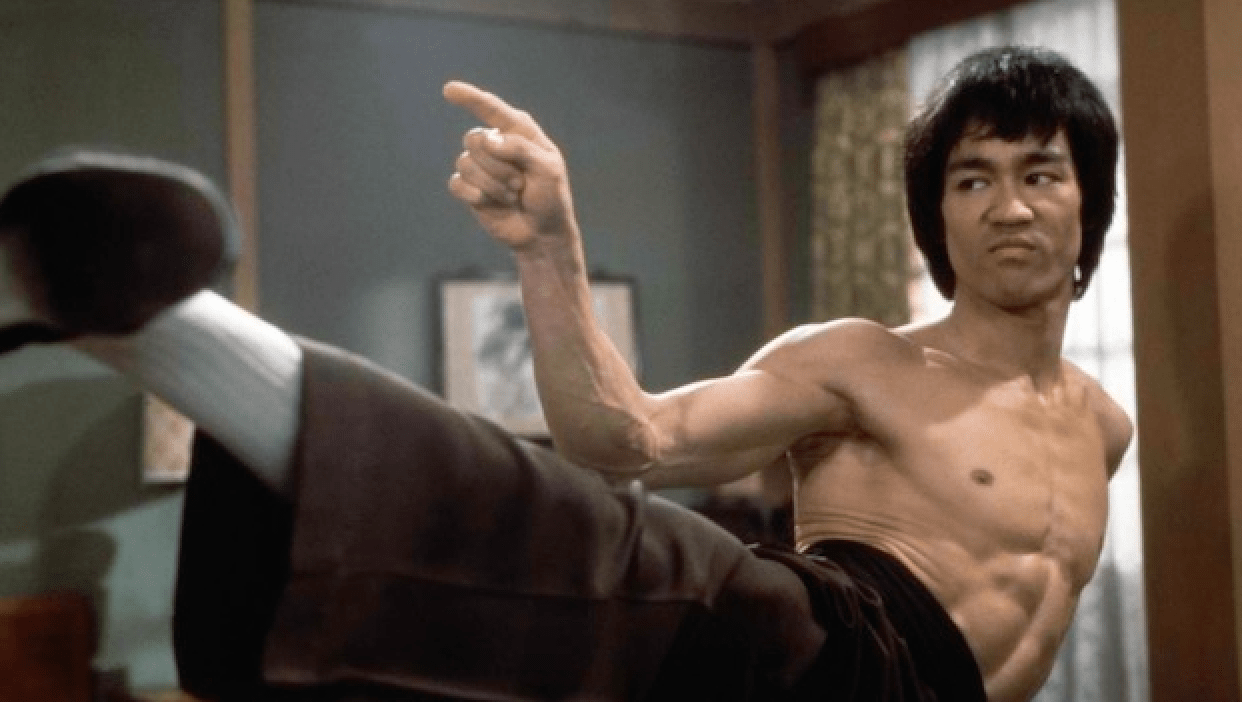 Bruce Lee is undoubtedly one of the most prominent figures in combat sports history, due to the unwavering influence he has had over fighters across decades. The martial artist turned movie star developed Jeet Kune Do, a martial art aimed towards combining the best elements of various disciplines, much like modern MMA currently does.

Today, several fighters have publicly claimed to draw inspiration from Lee, stating that their fighting style and combat philosophy have been largely defined by the Hong Kong American martial artist.

Such is the case with the UFC’s strawweight champion, Zhang Weili. ‘Magnum’, who recently defended her belt against Joanna Jedrzejczyk at UFC 248, became China’s first champion inside the Octagon by defeating Jessica Andrade in just under a minute almost a year ago at UFC Shenzhen.

In an essay written for The Players’ Tribune, Zhang revealed the impact Lee has had on her career.

“When I think of the fight itself, it is hard to put it into words what I was feeling. I was just so relaxed, so at peace, almost in a spiritual state. I was in that magical zone where you can see your opponent’s moves in slow motion. Just like in the movies,” Zhang said.

“What I experienced that night in Shenzhen was not something logical. I could feel it, feel that my mind was empty, that everything just flowed. That I flowed. I was formless. Shapeless. Like water, my friend.”

Not only has Lee influenced established champions like Zhang, but also up-and-coming Chinese prospects like UFC bantamweight Song Yadong, who edged a close decision victory over Marlon ‘Chito’ Vera in his last appearance at UFC Florida last month.

“I started watching kung fu movies at a very young age,” Yadong said. “Bruce Lee attracted me with his charming confidence when I watched his movies. It was his spirit of persistence, confidence and unyieldingness that made him the kung fu superstar. His [kung fu] style of Jeet Kune Do combined the best aspects of different martial arts. It’s very similar to MMA. So, as a MMA fighter, I learned from him that I need to constantly improve myself in different fighting skills, and of course show the same unyielding spirit that is in my blood.”

Yan claims that Lee cemented a firm legacy in the Chinese martial arts world for his athletic innovations and his philosophical view of combat.

“I think he was different, he was not like a usual athlete,” said Yan. “Of course he is a legend, and he represents Chinese martial arts. He is our mental leader, and he influenced this generation of fighters. It was Bruce Lee who showed me you have to believe in martial arts to become a martial artist. I have that same belief. Also his eyes are unforgettable. Those eyes showed his faith.”

Lee’s sphere of influence is by no means limited to the UFC. Xiong Jingnan — ONE Championship’s reigning women strawweight champion — is no stranger to his teachings.

“Bruce Lee brought Chinese kung fu to the global stage,” Xiong said. “I would love to show the world what Chinese power, character and the martial artist spirit is really all about. Just like he did.”

Another Chinese fighter who has openly shown his admiration for Bruce Lee is UFC welterweight Li Jingliang. Despite coming off a decision loss against Neil Magny at UFC 248 in March, the 32-year-old has enjoyed some success in the organisation, with nine wins inside the Octagon.

‘The Leech’ expressed his admiration for Lee and states that he is a symbol for Chinese martial arts.

“At the time Bruce Lee came around not many people knew much about China and the Chinese people,” he said. “Bruce Lee is an icon as a Chinese and he used his unique talents to help people understand who he was, and to fully understand Chinese martial arts.

Lee is a crucial figure for combat sports world-wide; his career represents a pivotal moment that contributed to the creation of modern MMA. He was a true icon of competitive fighting, whose ideas were very much ahead of his time. Forty-seven years after his passing, his influence remains intact in the heart and minds of combat enthusiasts across the globe.

In what ways do you think Bruce Lee influenced mixed martial arts as we know it today?