Brunson Opens Up On Being Disrespected And Potential Next Opponents 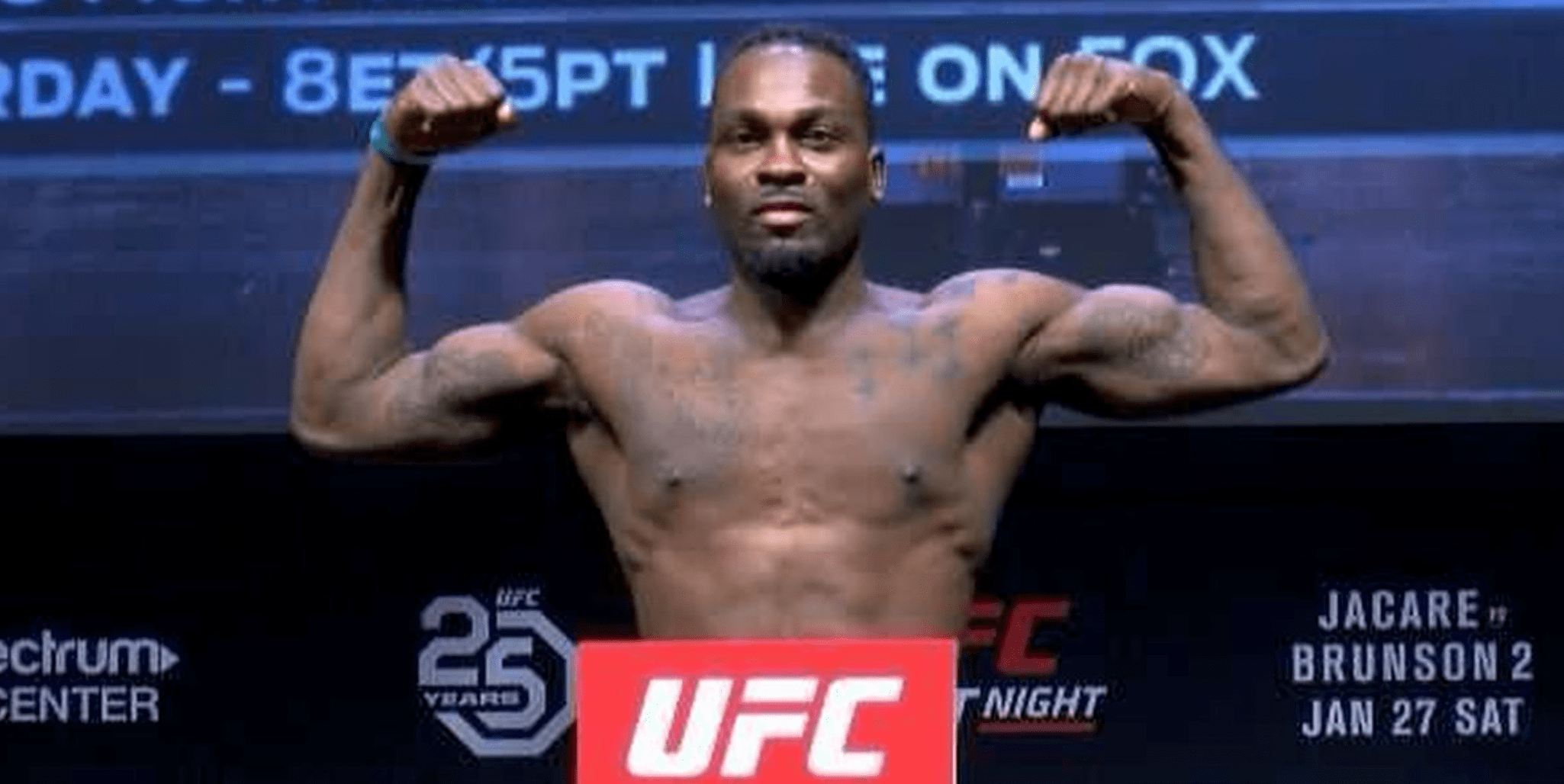 Speaking at the UFC Vegas 5 post-fight press conference (transcript by MMA Junkie), Brunson was asked how satisfying the victory was, in the light of the fact that Shahbazyan was the heavy favourite going into the fight and received most of the media and fan attention in the lead up.

“It definitely feels better. I had to get off social media all week,” Brunson said. “I’d kind of glance at it and turn away. I wasn’t reading no Facebook or Instagram. Everybody was, ‘You’re going to get dogged. You’re going to get beat up real bad.’”

Not Getting Enough Respect

Brunson explained that this wasn’t the first time he was overlooked, and that he still doesn’t get the respect he deserves.

“I’m not given enough respect in this division. I’m OK with earning it,” he said. “There have been fights where I’ve had the flu. I went to the doctor to nurse myself back to health – and five days later to fight. … We had a hurricane in North Carolina, and I was home with the family, making sure everything was OK. I had to fight 10 days after that when I wasn’t training for two weeks.

“Nobody cares about those excuses,” Brunson added. “But whenever I have a fight, yes, I want to prepare properly and get a full camp in with the guys down there with Henri Hooft and Sanford MMA to get me ready for these big fights.”

Standing Up For His Opponent

Despite dishing out the first loss of the 22 year-old Shahbazyan’s career, Brunson doesn’t feel that the UFC has fast tracked him into the UFC middleweight top ten.

“I don’t think MMA should be building. You look at the NFL [or] NBA – if you’re good, you play,” he said. “MMA needs to stop building fighters up. If you’re good enough, you’re good enough to fight. You fight whoever is close in the rankings. You go out there and earn it. There should be no favouritism or, ‘Oh, look at him. He’s young.’ If you’re earning your spot, yeah, fight somebody tough. Keep working your way up.

What’s Next For Derek Brunson?

The number eight-ranked Brunson is now on a three-fight winning streak in the 185lbs division. Following his latest win, the 36 year old tweeted that he wants to fight Jack Hermansson or Darren Till next, who are both ranked above him and currently don’t have a fight scheduled.

Who would you like to see Derek Brunson fight next, Jack Hermansson, Darren Till or someone else?