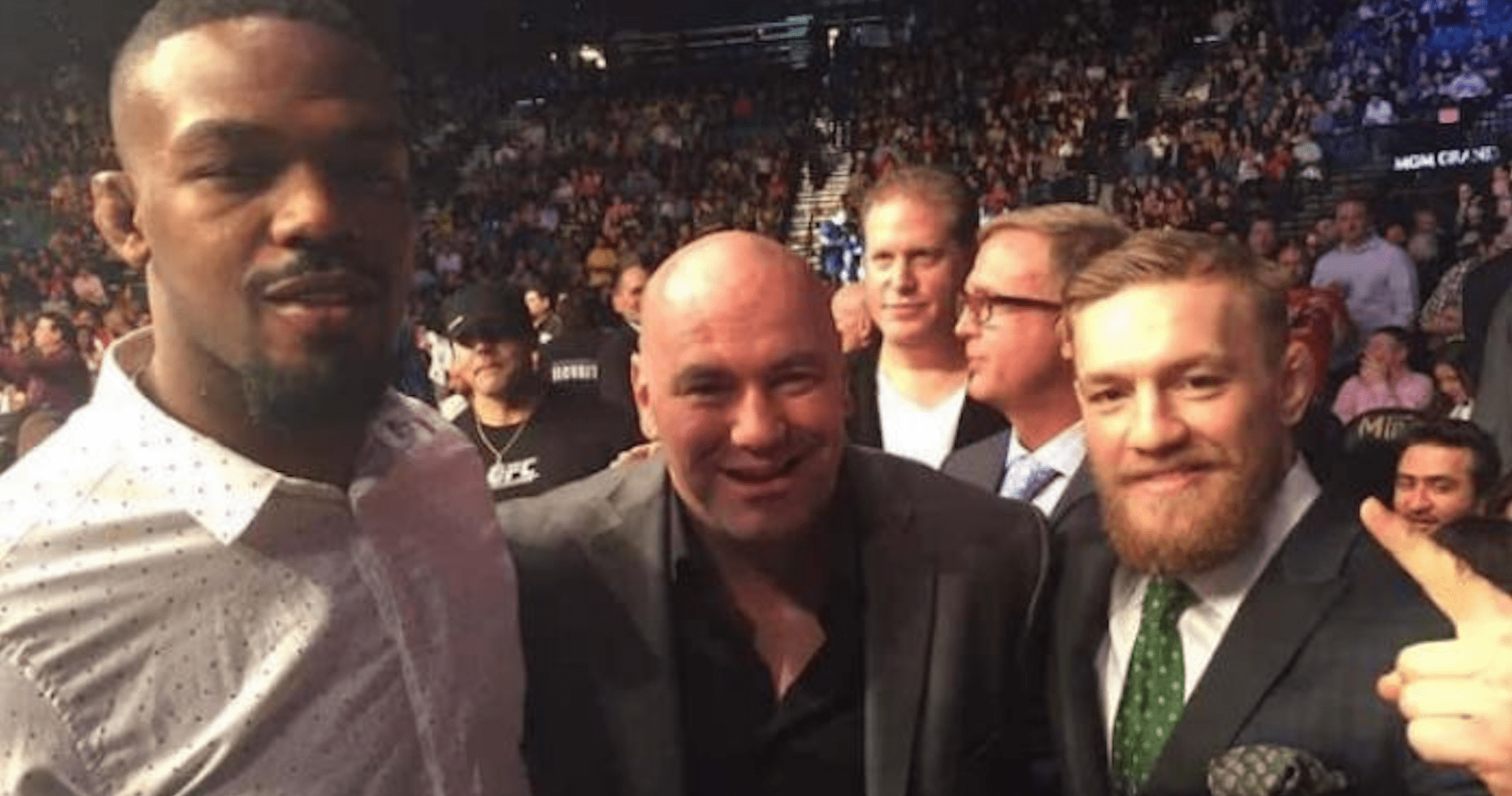 UFC welterweight contender Gilbert Burns is skeptical about Jon Jones’ decision to move up to heavyweight. But is more positive about Conor McGregor’s “underrated” grappling.

After a decade of dominance, Jones decided to vacate his UFC light heavyweight title last August to move up to heavyweight. In a recent interview, the 33 year old revealed that he is pursuing the heavyweight crown full time, and doesn’t plan on competing at 205lbs ever again.

With his resume, Jones could get an immediate title shot against the winner of Stipe Miocic and Francis Ngannou, believed to be targeted for April. And ‘Bones’ is confident of beating both.

‘What If’ Jon Jones Gets Knocked Out?

Burns however, doesn’t share similar sentiments. Speaking on his YouTube channel (as transcribed by BJPenn.com), the Brazilian said that he doesn’t see “an easy path” for Jones at heavyweight.

“Jon Jones at heavyweight? Me, I don’t like that so much,” Burns said. “When you have a guy like Francis Ngannou in the heavyweight division, I don’t know. I don’t see an easy path for Jon Jones in the heavyweight division. Or he has to fight Stipe. If Stipe beats Ngannou, Stipe is fighting Jon Jones. But I don’t think that’s going to happen. I think Ngannou is going to defeat Stipe and Ngannou will fight Jon Jones. And I don’t like that fight.

“I don’t like the ‘what if,’ but what if Jon Jones goes against Francis Ngannou and [Ngannou is] going to knock him out badly? How about that? What is Jon Jones going to do? First, when you’re undefeated and you lose, it’s very tough. … If you’re champion, undefeated, undisputed and then you lose badly, I don’t know how that’s going to affect you [mentally]. I don’t know about Jon Jones’ future.”

Jones defended his crown against both some of the biggest names in the sport and top prospects during his light heavyweight days, and believes there isn’t a lot left for him to achieve in the division. Burns however, begs to differ, as he thinks that the Albuquerque native still has a challenges at 205lbs.

“I think he still has a couple of guys to beat at 205 [pounds],” Burns said. “My opinion: he should fight Adesanya. Stay at 205, beat Jan Blachowicz, beat [Thiago] Santos again, another guy.”

McGregor’s ground game doesn’t always get the credit it deserves, in part due to the fact that all four of his losses have come by the way of submission. But Burns believes that there are many different aspects to the Irishman’s game, which make him extremely tricky on the ground.

“He’s good,” Burns said. “People think he’s very bad, but he’s very good. People don’t remember he swept Nate Diaz in their first fight. I think he’s very underrated. People say, ‘all you have to do is take him down.’ First of all, when the guy controls the distance like Conor [McGregor], it’s not easy to take the guy down.

“Another thing that people don’t realise is those guys that kick a lot, they develop a lot power in their hips. So those hips are very flexible and very strong. It’s that type of flexibility and strength that is the same one that you use to defend the takedowns. The point is, Conor’s Brazilian Jiu-Jitsu is not bad. People underestimate that, but he is a good grappler the way I see. For sure, he’s not a grappler. It’s not a natural thing. It’s not his natural thing, but for sure he’s put a lot of focus on that.”

It was announced earlier this week that Burns is set to challenge Kamaru Usman for the UFC welterweight title at UFC 258 on February 13th.

Do you agree with Gilbert Burns’ views on Jon Jones’ move up to heavyweight, and Conor McGregor’s grappling?