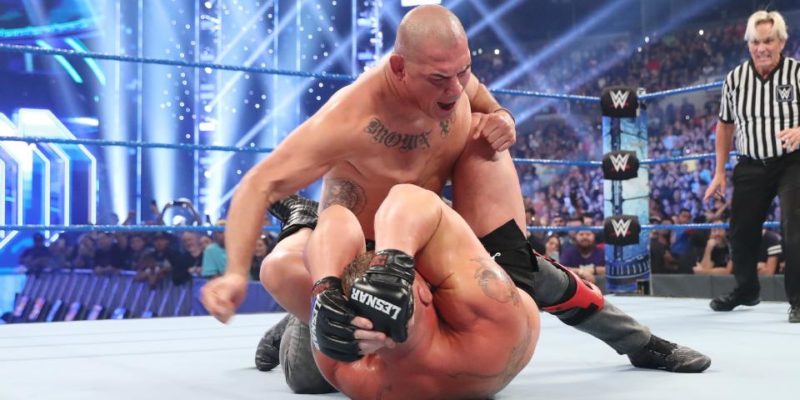 WWE SmackDown has now moved to Friday nights on Fox Network, and WWE pulled out all the stops to ensure that the first episode of Fox would be a memorable one. From the appearance of The Rock, to Brock Lesnar winning the WWE Championship from Kofi Kingston, there were a lot of surprises that were thrown at the WWE fans.

We had earlier reported that Cain Velasquez was in talks with WWE among several other professional wrestling promotions. However, it now appears that it was just a smoke screen, as Cain Velasquez appeared on SmackDown to confront Brock Lesnar, and attacked “The Beast Incarnate”.

Cain made his professional wrestling debut for Mexican promotion AAA back in August at the TripleMania event, and once again competed for the promotion last month. It now appears that the UFC fighter has signed some kind of a deal with WWE, which saw him making his debut just few minutes ago.

Velasquez’s last fight inside the Octagon saw him lose to Francis Ngannou in a quick fashion. It now remains to be seen what his status is with the MMA promotion, and if he returns to the cage anytime soon.