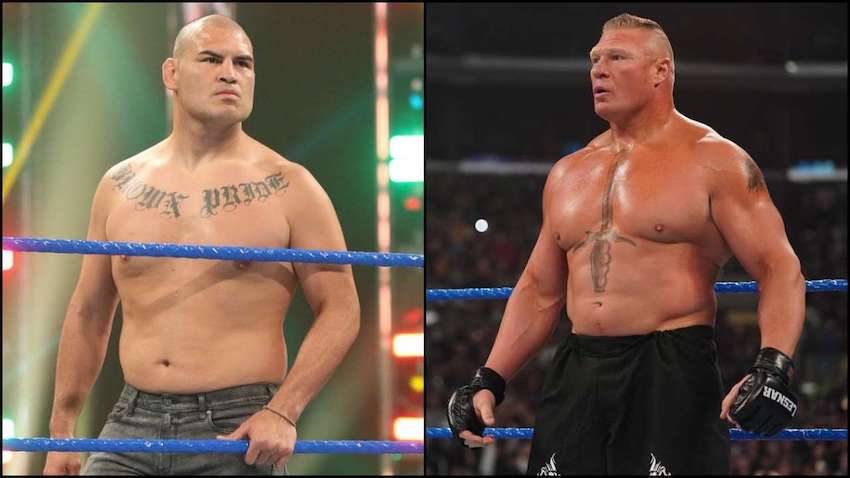 Cain Velasquez shocked the world when he made his WWE debut last week, during the first edition of SmackDown on FOX when he confronted Brock Lesnar. WWE’s weekly program moved to FOX Network last week, and pulled in huge ratings. The company pulled out all the stops, and it later emerged that ESPN and FOX worked together, to get big names for the show.

Apart from Cain Velasquez, even boxing personality and heavyweight champion Tyson Fury was in attendance. Fury was also involved briefly in a program with Braun Strowman, and is expected to appear again to promote his rematch with Wilder.

Former UFC Heavyweight Champion Cain Velasquez confronted his old rival, after Lesnar defeated Kofi Kingston to win the WWE Championship in mere seconds. “Cardio Cain” walked down to the ring, and took Lesnar down, but Brock managed to slither outside the ring to get away from Velasquez.

It is now being reported that Cain will face Brock Lesnat at WWE Crown Jewel, which will go down in Saudi Arabia. The event is currently scheduled to happen on October 31st.

The 37-year old Velasquez made his professional wrestling debut back in August for AAA at TripleMania, and also competed in September. He has since signed a deal with WWE, and while the specifics of the deal are unknown at this time, he is expected to work the next several tapings.

Cain Velasquez won their first encounter in the UFC, beating Lesnar for the UFC Heavyweight Championship. However, their second meeting will be in a WWE ring, and it will be interesting to see who comes out on top at WWE Crown Jewel.