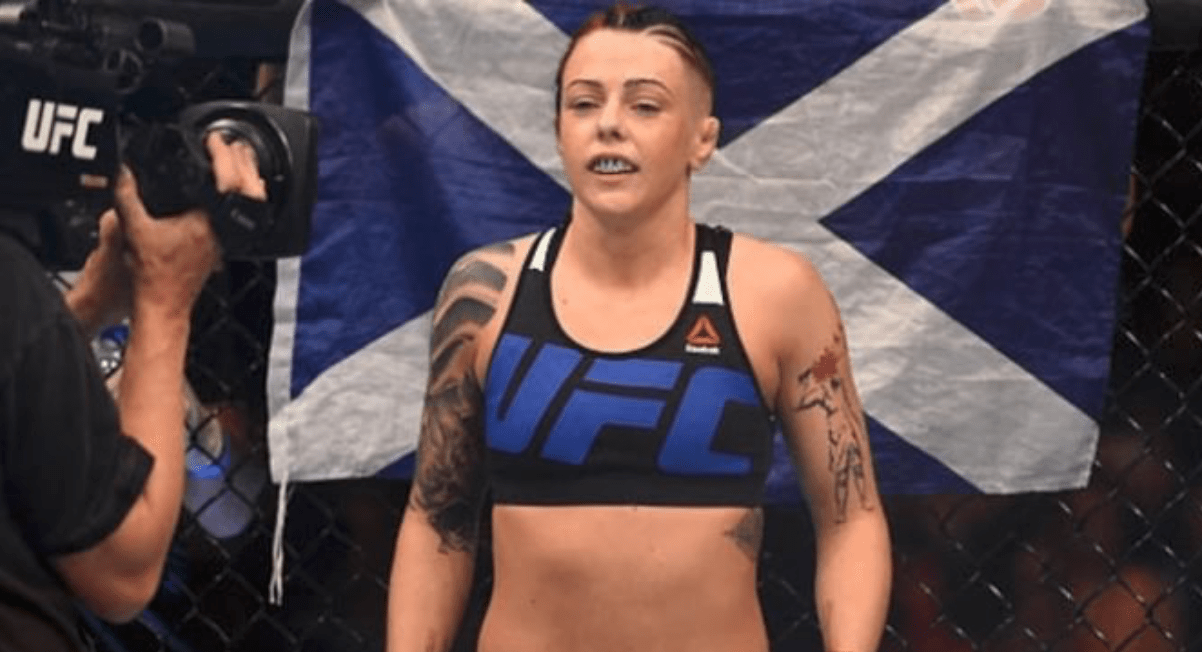 Joanne Calderwood is fighting on the first UFC card of the year, where she’ll meet former KSW champion Ariane Lipski at UFC Brooklyn.

Ahead of the flyweight clash, Calderwood spoke to ESPN about the changes she has made in the last year and how it has helped her game.

“I wanted to make some changes. I’ve always had to train with other guys throughout my career. They would be smaller and closer to my weight but I thought they were a lot stronger and better than me so that messed with my confidence a lot.

“At least now, with girls who move differently you can’t have that excuse and I knew Syndicate had a good few girls there. I was also looking for a MMA coach and not three of four different coaches, I wanted to have one person telling me exactly everything I had to do in all areas.”

‘JoJo’ knows that she has a tough fight on her hands, fighting Lipski.

“She’s got a lot of experience and she’s been fighting for a long time. Her entire career she’s been on big shows. I just feel like she’s going to have pressure, I don’t know what it’s like at KSW, but with the media at the UFC, it is a completely different show.

“I don’t care what anyone says, when you’re fighting, you get jitters, it doesn’t matter where it is, even I will on the night. She’s going to have that to deal with as well. I’ve watched a lot of her fights and I’ve visualized the victory by putting my hand right through her face.”

Calderwood knows though that a impressive win on January 19th, could see her leap frog the likes of Jessica Eye, into a shot at the title.

“That’s just how the UFC works. You can go out there and get a first round stoppage. Exciting performances, that’s what they want to see and obviously so do the fans. If I can go in there and make a statement, there’s no reason why I can’t jump Jessica Eye, or maybe even be looking to fight her next.”