Carlos Condit To Nick Diaz: Why Not Settle The Score? 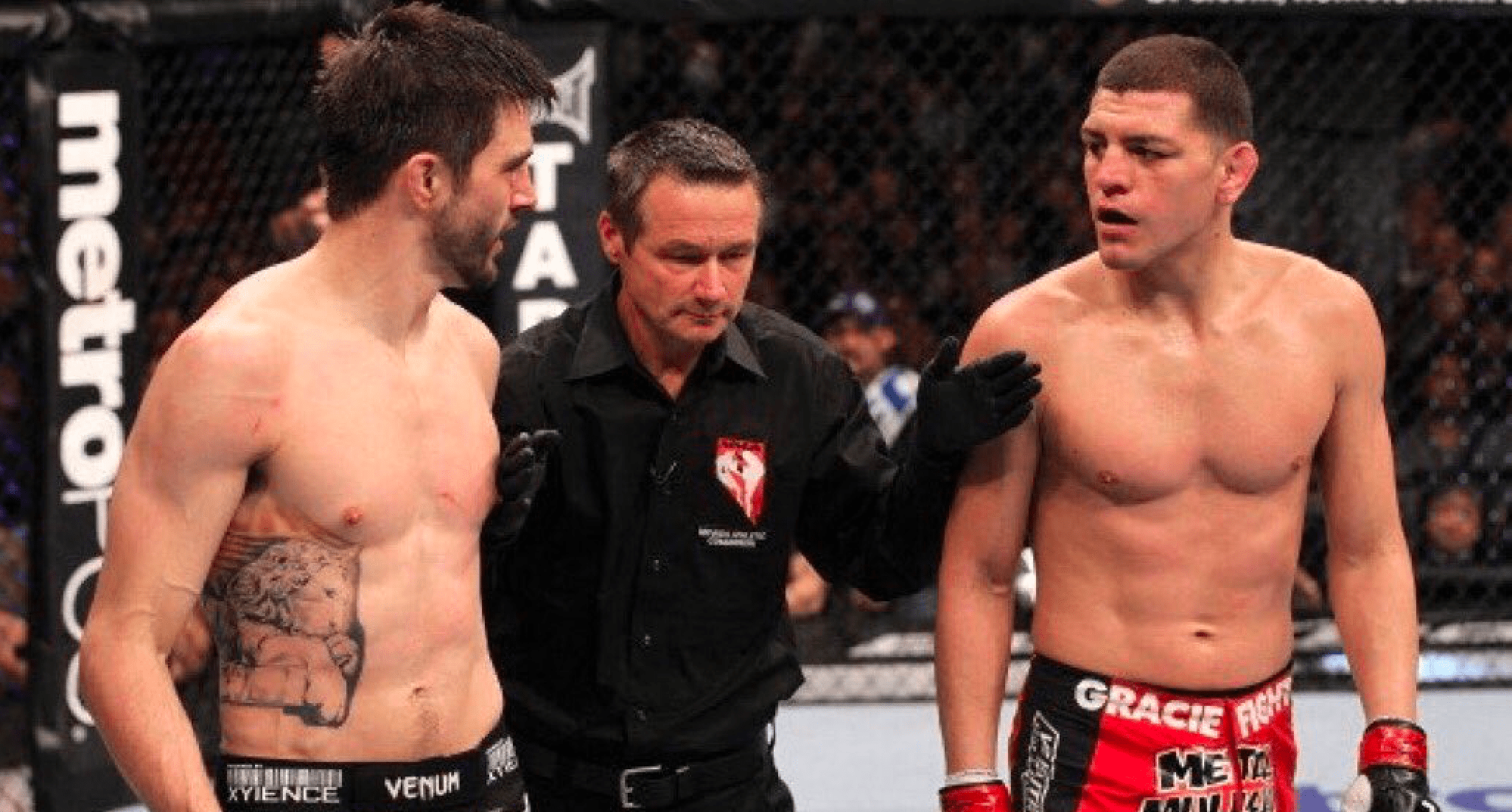 Having won their first bout back in 2012 at UFC 143, Carlos Condit says he would love a chance to rematch Nick Diaz, who is believed to be returning in 2021.

The five round unanimous decision win earned ‘The Natural Born Killer’ the interim welterweight title and a shot at the champion, Georges St-Pierre. Although all three judges gave the Condit the victory, due in part to the erratic scorecards, many fans were not satisfied with the result.

With Diaz aiming to return to the Octagon next year, Condit now wants to run it back with the Stockton native. Speaking to MMA Junkie, the 36 year old shared his thoughts on the potential rematch.

Condit will be looking to bounce back from a five fight skid this weekend at UFC Fight Island 4, when he takes on Court McGee. Having not fought since December 2018, the Albuquerque native knows a win is critical for his fight career. But he’s enjoying the lead-up.

“I’m enjoying being out here on fight week again,” Condit said. “The familiarity of the ritual of preparation, the weight cut, and all that. I’m just excited. I have a good opponent. This dude is game, he’s a hard-nose, salty veteran who comes to fight. I think we’re going to put on a hell of a show. I know he doesn’t take a step back and he comes to throw down. I’m super excited about that.”

In a fight that old-school fans would love to see, who do you think would come out on top in a rematch between Carlos Condit and Nick Diaz?