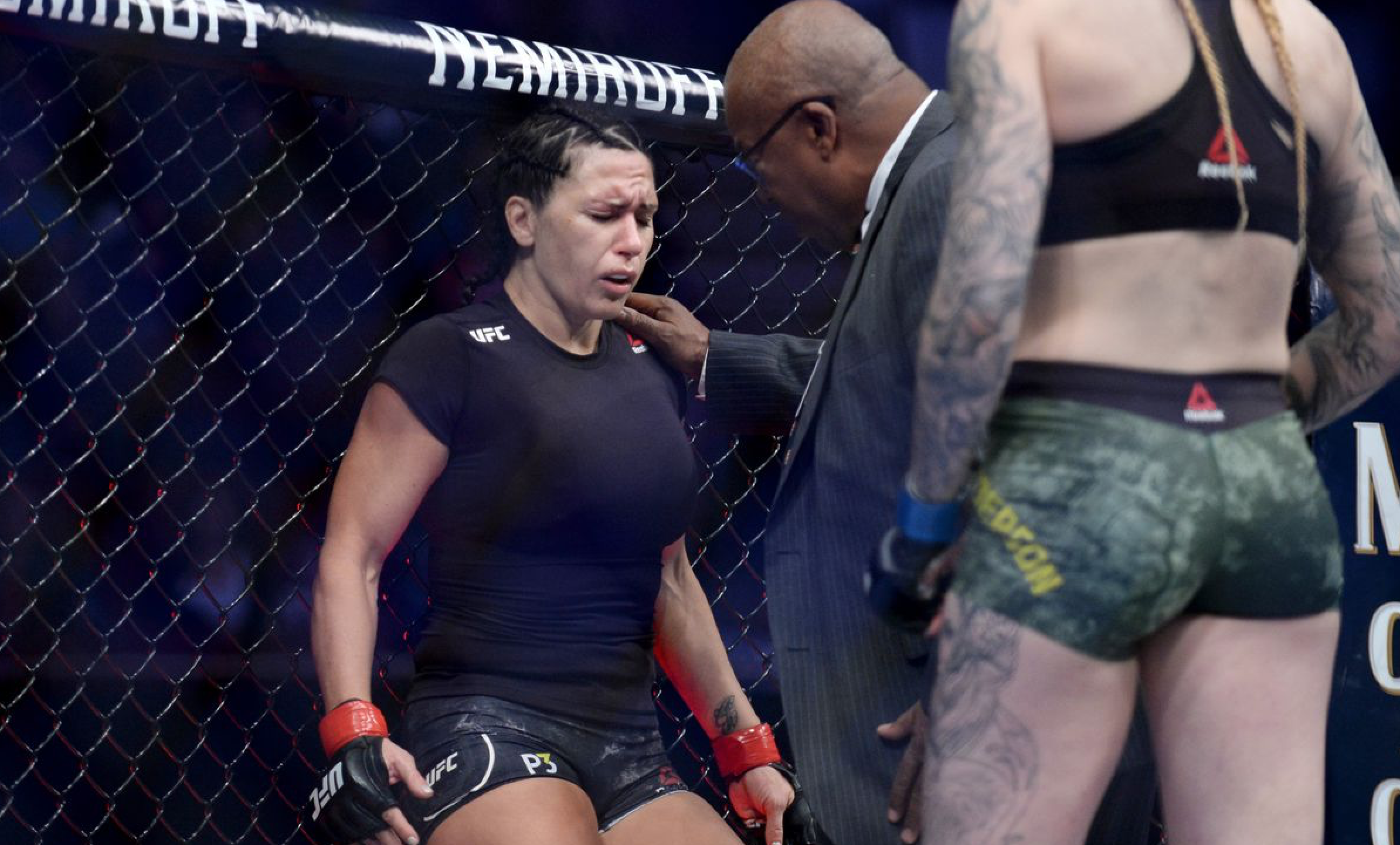 Cat Zingano has appealed against her loss to Mega Anderson at UFC 232. The fight ended in unusual fashion, as with less than a minute on the clock in the first round, an Anderson head kick graced the eye of Zingano, who was unable to fight on.

Now Zingano’s lawyer Nathan Gable, is arguing that the unified rules are vague on eye gouges and don’t explicitly rule out toes as a weapon. Gable is also seeking “a legal opinion regarding the interpretation of the applicable rules” that were employed for the fight.

“The language of the Unified Rules regarding eye gouging is non exhaustive and the examples listed, namely ‘eye gouging by means of fingers, chin, or elbow,’ are not meant as the only methods by which a foul may occur. First, the language is plainly open ended, beginning with ‘eye gouging of any kind.…’ Had the Unified Rules intended to limit this foul to only the examples that followed and exclude toes from this foul, this rule would have been written with limiting language such as, ‘only eye gouging by means of fingers, chin, or elbow is illegal’ and omit the words ‘of any kind.’

“Additionally, had this rule been meant to limit this foul to only the examples that followed and exclude toes, then by the same logic, a thumb to the eye would not be foul as the rule merely mentions fingers, not thumbs.”

Via MMA Junkie. MMA Junkie also provided the full appeal, which you can see here.