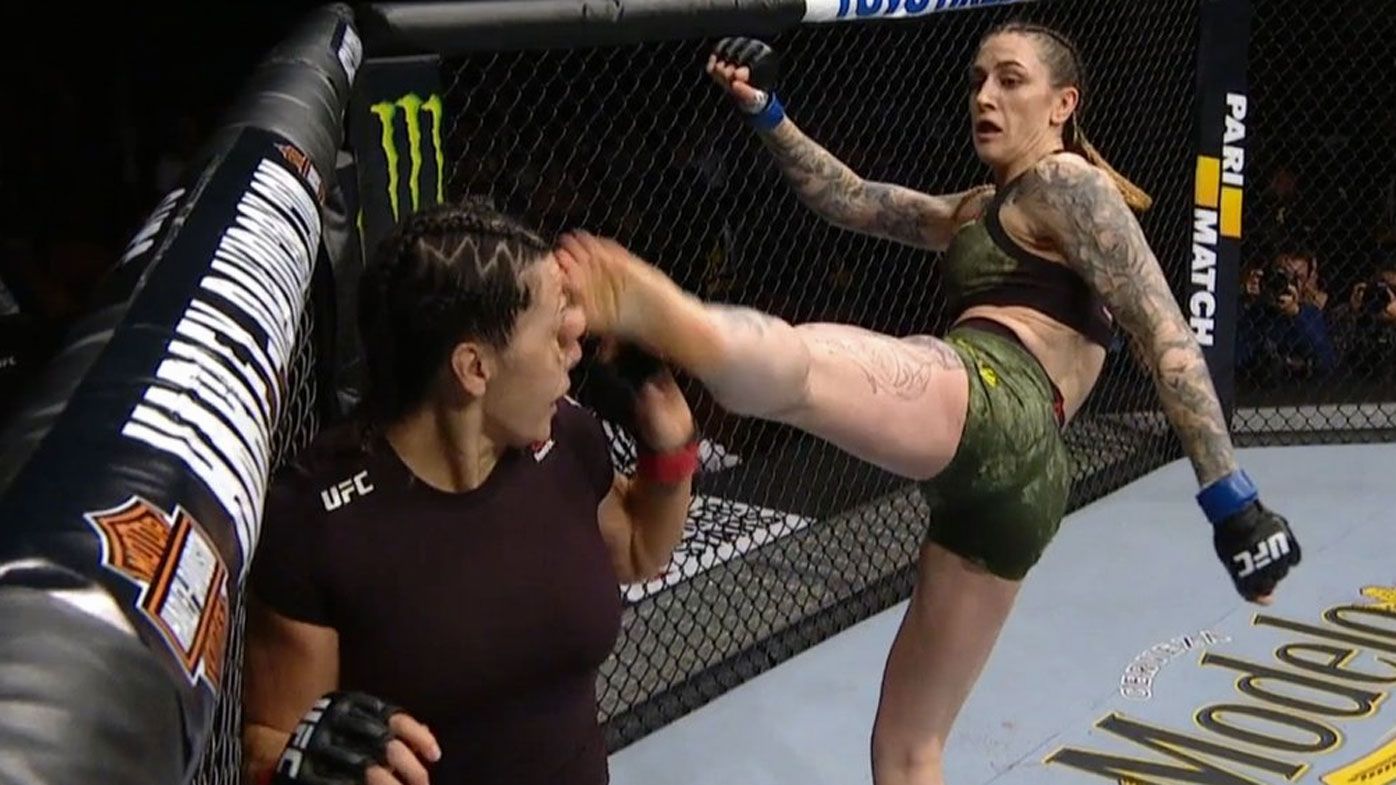 At UFC 232, “Alpha” Cat Zingano suffered a loss at the hands of Megan Anderson, when the veteran MMA fighter couldn’t continue due to an eye injury. The fight was then awarded to Anderson; however, upon closer inspection, it was revealed that Megan’s toe lacerated Cat’s eyelid, forcing the referee to stop the fight.

The 36-year old was treated at the arena in Los Angeles after the fight, and Zingano released a statement to ESPN, providing an update on her injury.

Speaking to ESPN’s Ariel Helwani, Zingano stated, “I have a damaged iris, damaged retina, hemorrhage in the back of my eye, increased globe pressure and of course the laceration. They want me back at the doctor every three to four days to make sure there’s no detachment on the retina.

“Right now, they have to keep it dilated and on steroids for the next two weeks to keep the pressure down.”

Cat also revealed that she is considering appealing the result of her UFC 232 fight, although California’s rules do not rule toe to the eyes as fouls. Zingano also told Helwani that she is prepared to rematch with Megan, if that is what the promotion wants.