Cejudo And Dillashaw Looking Shredded Ahead Of Their Clash 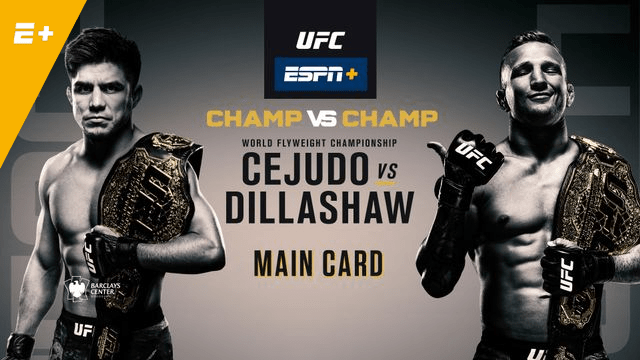 Ahead of their clash at UFC Brooklyn for the UFC flyweight title, both the defending champion, Henry Cejudo and the bantamweight champion TJ Dillashaw, are looking seriously shredded.

Cejudo is defending his belt for the first time, having beaten Demetrious Johnson for the strap at UFC 227.

Dillashaw is making the move down to 125lbs for the first time and is looking to follow Conor McGregor, Daniel Cormier and Amanda Nunes, in holding two UFC belts simultaneously.

It is not known at the moment what is going to happen to the UFC flyweight division, after this fight and what difference it will make, should we see Cejudo defend his belt or Dillashaw become the double champion.

Who do you think wins the first UFC title fight of 2019?