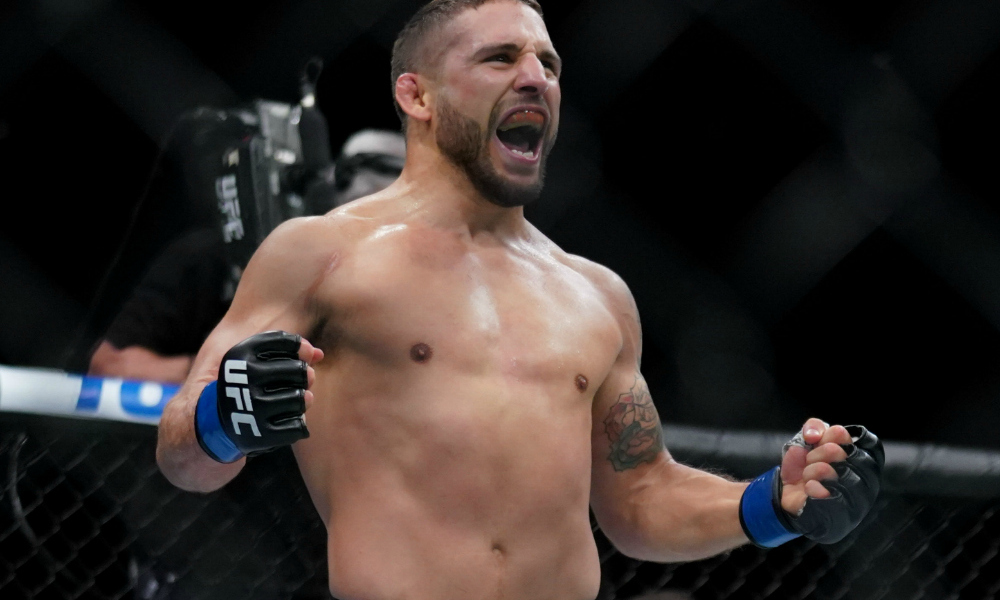 UFC featherweight contender Chad Mendes came agonizingly close to winning the featherweight title on a couple of occasions. Whether he came up short against Jose Aldo, or dominated Conor McGregor only to get hit by one of McGregor’s power punches, Chad has always brought his A-Game to the Octagon.

Mendes’s MMA career was halted when he tested positive for a banned substance, and although even USADA agreed that he did not take any supplements willingly, he was suspended for a period of two years. Since returning from the hiatus, Mendes has gone 1-1, most recently losing to Alexander Volkanovski at UFC 232 in December last year.

“This sport is very young”, Mendes told Okamoto, “And I just don’t think there is enough testing to know the type impact it has on the brain. Urijah Faber is a prime example, coming back at 40. He’s my brother. I look up to the guy, and I’ll admit, when he texted me saying he was coming back, I was the first person to tell him I thought it was dumb.”

“Urijah is a fierce competitor, and hopefully he’ll get the guy down and submit him real quick. That’s how I see it happening. But I just don’t want to see any of my good buddies get seriously hurt, you know? This is a dangerous sport.”

Mendes has accumulated an impressive pro record of 18-5 in MMA, with a 9-5 record in the UFC. Mendes got knocked out thrice since 2015, and said that his most recent loss to Alexander pushed him to come to this decision. Mendes also that while there were rumours of him retiring in December last year, it wasn’t until this week that he really made up his mind.

“The main reason I didn’t say something sooner was there were some loose ends I wanted to tie up. I wanted to step away for a little bit and let everything settle, and just make sure my feelings didn’t change, as I was coming right out of a training camp and a fight”, Mendes said.