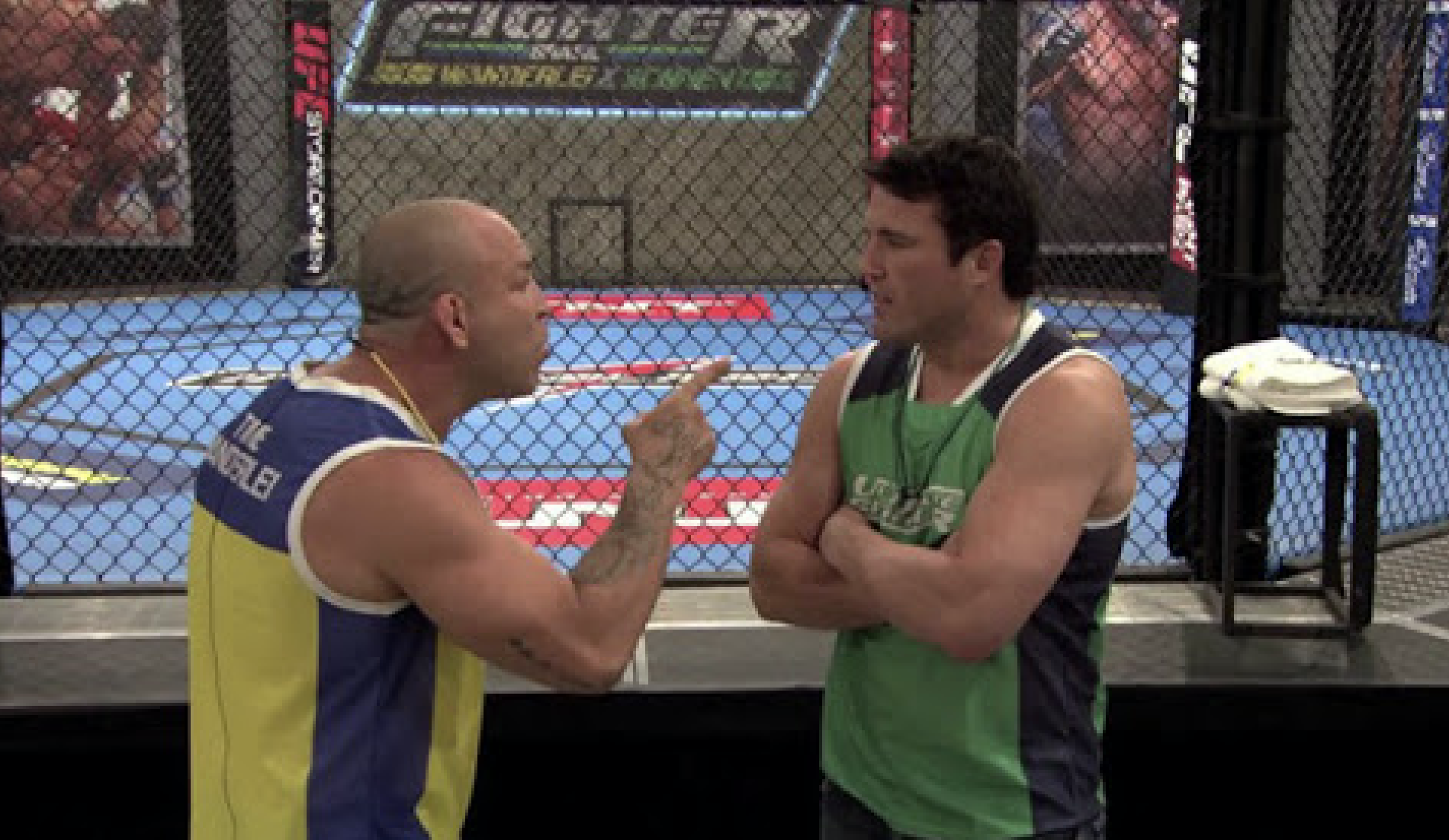 There have been many rivalries that have captured the attention of MMA fans around the globe. One such rivalry was Wanderlei Silva’s deep hatred and animosity towards the former UFC title challenger, Chael Sonnen.

The beef started prior to UFC 117 ten years ago, when Sonnen fought Anderson Silva for the middleweight title. During the buildup, ‘The American Gangster’ unleashed various verbal assaults on ‘The Spider’, including insulting his home country of Brazil.

In 2014, the UFC announced that Sonnen and Wanderlei would be the coaches in the third season of “The Ultimate Fighter Brazil”. And not surprisingly, things got heated between the two during filming.

Speaking to former UFC site coordinator Burt Watson for MMAJunkie, Sonnen opened up on his altercation with Wanderlei while filming TUF.

“That was a mess,” Sonnen told. “So, my heat was with Anderson Silva. Anderson would be right to be disgusted with me. I invoked his wife, his entire country, his people. There was spreading that hot sauce, as you put it, all around. But somehow Wanderlei tried to insert himself in the conversation. I’m not clear to this day how Wanderlei became a part of Anderson and I’s beef.”

Sonnen further explained how ‘The Axe Murderer’ insisted on an apology and made things very difficult even before the filming began.

“We get out to ‘The Ultimate Fighter’ and this story is already written, we don’t need a script, I get it, he gets it,” Sonnen explained. “He gets to wear the white hat, I’ve got to wear the black hat. I’m the guy that insulted his whole country, and now I’m in the country, it’s not going to be great for me, but he gets to be the big hero. So, on the very first day, for reasons unknown, he stands up before we start filming.

“Wanderlei stands up and goes ‘Before we go any further, unless you apologise, I’m leaving.’ Well, you’re going have to leave, man because that’s not part of the skit. I do not give apologies, it’s part of being the bad guy. I can’t really come off-brand to make you feel better in a room of empty people when I’m trying to entertain the masses at a later date on television, that just doesn’t happen. So, he left. That was the sucker’s move that he made – he didn’t give himself any other way out.”

“I’m Supposed To Be The Villain”

The two middleweights soon found themselves in the middle of a physical altercation after Wanderlei approached Sonnen during the later stages of the filming process.

“So, all of a sudden, he who is supposed to be a hero, is now the villain,” Sonnen continued. “I’m supposed to be the villain [but] I’m now the hero. Everything was wrong. So Wanderlei and I go to the back room, and I even explained this to him. I said, ‘Wanderlei, you have to understand this, you get to be the hero, but if you bully me and pick on me, that’s going to make me sympathetic. I don’t want to be liked, you do. So go ahead and take it, I’ll take the other role, that’s the one I want.’ But he just did not understand, he was too hard-headed.”

While Wanderlei failed to grasp Sonnen’s point, ‘The American Gangster’ is confident that Anderson realised that he was merely playing the heel.

“Anderson Silva, I think, kind of understood a little bit about what was happening. Whether he let the world know or not, I think he understood,” Sonnen said. “Just let this guy go sell the tickets. Wanderlei appeared to not get it and to have taken it legitimately personal.”

Sonnen was finally able to settle his beef with Wanderlei inside the cage three years later in the main event at Bellator 180, where he won via unanimous decision. His title fight with Anderson at UFC 117 didn’t go so well however; after dominating the fight for four and a half rounds, he was submitted in the fifth round. ‘The American Gangster’ would also go on to loss the rematch with ‘The Spider’ two years later at UFC 148.

The now 43 year old last fought at Bellator 222, losing to Lyoto Machida via second round TKO. In his post match interview, Sonnen announced his retirement from the sport.

Where does Chael Sonnen’s rivalry with Wanderlei Silva rank in your favourite rivalries in the history of MMA?