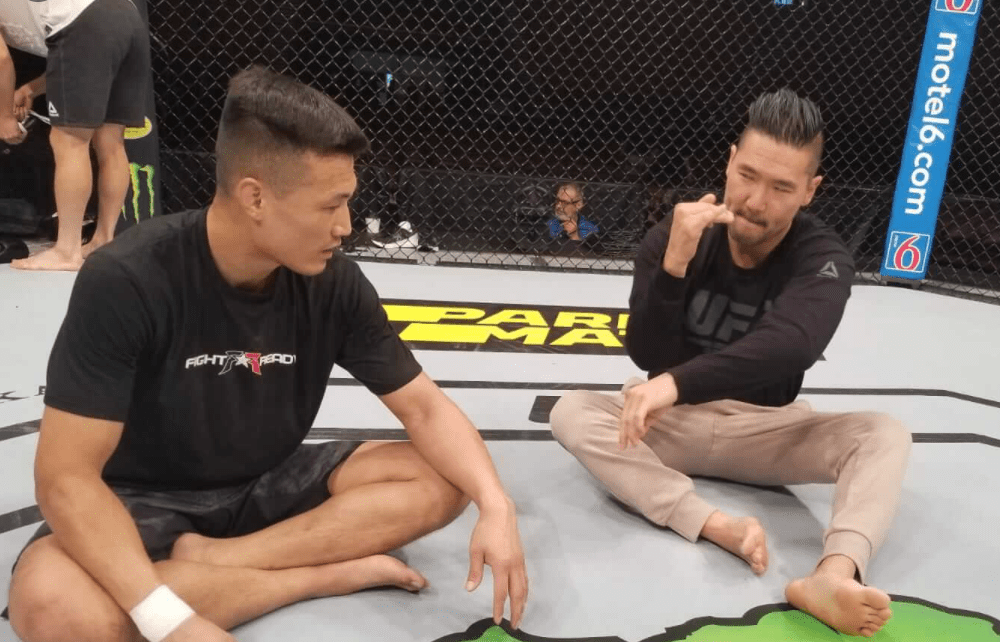 ‘The Korean Zombie’s’ striking coach Eddie Cha, is confident his fighter will put Brian Ortega away when they settle their differences inside the Octagon this weekend at UFC Fight Island 6.

In an interview with BJPenn.com, Cha shared his thoughts on this highly-anticipated featherweight matchup.

“Super excited about the fight,” Cha said. “We prepared for him already before he pulled out and it got switched to Edgar. The quarantine actually helped us. We watched a lot of tape on Ortega and I think it will be a great fight. Ortega is a game opponent but ‘Zombie’ has been knocking everyone out as of late.”

‘The Korean Zombie’ and Ortega were previously slated to compete last December at UFC Busan, but ‘T-City’ was forced to pull out due to injury and was replaced Frankie Edgar. Chan Sung Jung would go on to defeat ‘The Answer’ by way of first-round TKO.

Ortega hasn’t competed since his loss to Max Holloway at UFC 231 in December 2018, and Cha admits this made it difficult to prepare for the submission artist. As a result, the team decided to solely focus on making ‘The Korean Zombie’ a better fighter.

“That is all you can do, you just look at the footage. I know he switched camps so we are just focused on ‘Korean Zombie’,” Cha explained. “His jiu-jitsu is awesome, wants the guillotine. We are just working on ‘Zombie’s’ range and footwork just like we have been in the past two fights since we started working with him. He is now starting to set traps, he put on weight, and is a much better fighter.”

“It Is An MMA Fight”

Cha believes ‘Zombie’s’ superior striking will diminish Ortega’s chances on the ground, and thinks his man’s striking advantage isn’t being emphasised enough leading up to the fight.

“I don’t know if we can match Ortega’s [BJJ], but it is an MMA fight. It is hard to do jiu-jitsu when you have been kicked, elbowed, kneed. People are talking about how much better of a grappler Ortega is, but people don’t mention how there is a massive difference striking.”

‘The Korean Zombie’s’ last nine wins have all been finishes, and Cha is confident he can earn another finish this weekend against the ‘super tough’ Ortega.

“I think ‘Zombie’ hits a lot harder than Max and ‘Zombie’ is a great counter fighter. He lands the punches you don’t see and Max hit him a ton,” Cha said. “If ‘Korean Zombie’ can hit Brian Ortega a third of what Max did, ‘Zombie’ is going to put him away. Ortega is super tough and has a chin, and we will see how the time off benefited him.”

Do you share Eddie Cha’s confidence that ‘The Korean Zombie’ can finish Brian Ortega this weekend in the UFC Fight Island 6 main event?