Charles Oliveira Breaks Down His Title Fight Against Michael Chandler 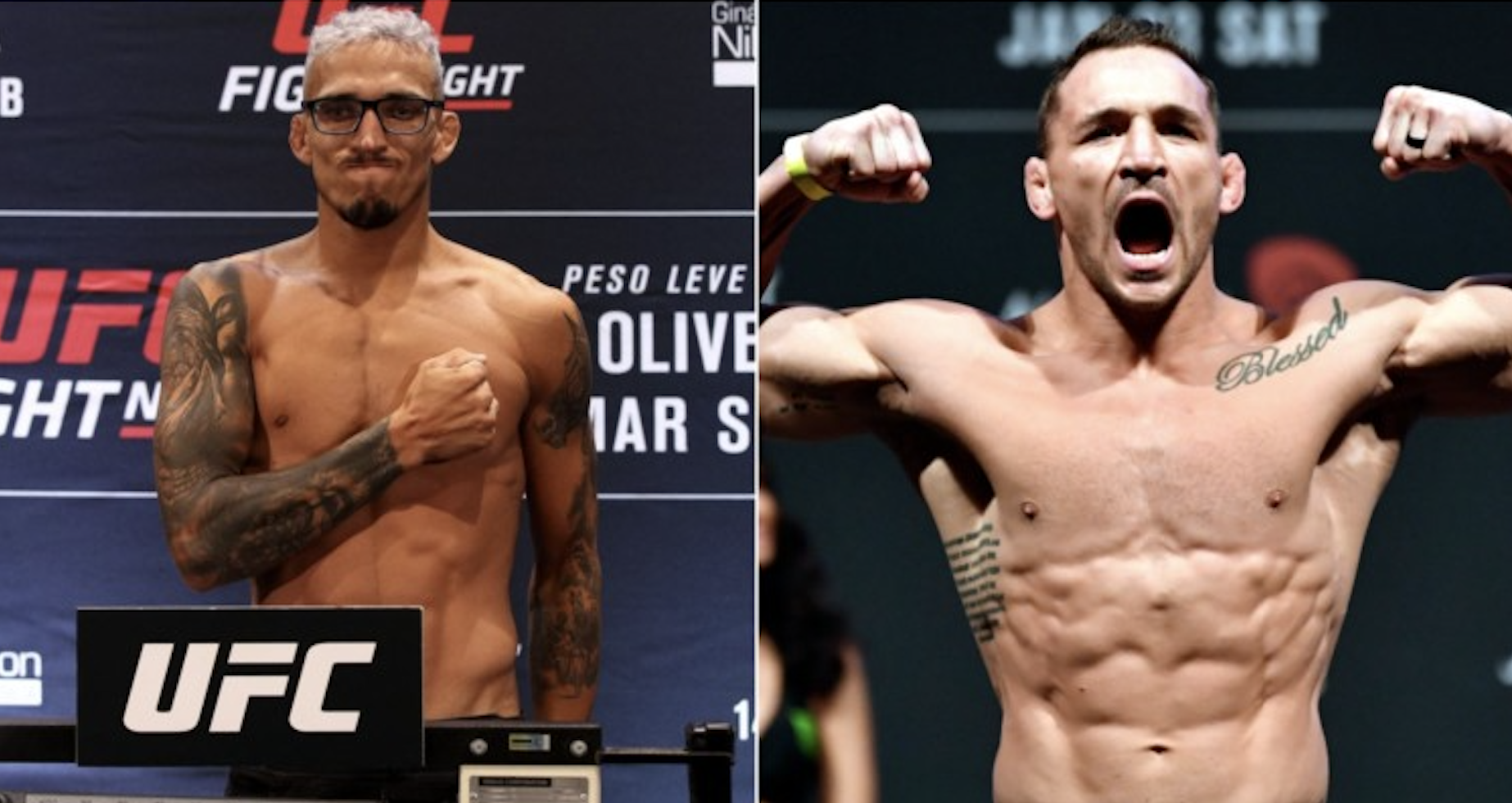 Charles Oliveira is confident that he will have his hand raised when he fights Michael Chandler for the vacant UFC lightweight title in the UFC 262 main event on May 15th.

After Dana White finally acknowledged Khabib Nurmagomedov’s retirement last week, it was announced that Oliveira and Chandler will fight for the title at UFC 262.

Speaking to Sherdog.com, Oliveira revealed that he burst into tears when his coach Jorge Patino, told him that he was going to fight for the title.

“I wanted to fight for the belt, so once I didn’t have that fight confirmed I decided to go on Thursday night to my ranch, where the telephone just doesn’t work,” Oliveira said. “But my father had to go to the city to buy some stuff and saw many calls from my trainer, Diego Lima, and told me about that.

“At that moment I knew Diego wanted to tell me something important, and I immediately drove to the city. In the middle of the road the telephone signal returned, I opened a message from master Jorge Patino saying ‘Congratulations champ, your dream came true, you are the next contender.’ I immediately stopped the car and started to cry, hugging my father. After eleven years of hard work in UFC, I finally reached my goal.”

As far as the fight is concerned, Oliveira doesn’t expect Chandler to grapple with a submission specialist like himself. ‘Do Bronx’ also promises that he won’t backpedal like Dan Hooker did against the former Bellator champion at UFC 257.

“If he takes me down, he will do me a favour,” Oliveira said. “I believe he will pretty much try to keep the fight standing and repeat what he did with Dan Hooker, but if he has one good punch, I have many more combinations.

“Furthermore, I’ll not run from him like Hooker did. On the contrary, for each of his attempts, I will have a stronger answer. Of course, Chandler deserves credit for that debut win. But, if Hooker were not so concerned to talk bulls*** about me in the week of the fight, I’m sure that he could have done better.”

Oliveira is coming off a lopsided unanimous decision win against Tony Ferguson at UFC 256, where he completely dominated the fight with his ground game. The Brazilian gives credit to his wrestling coach for his recent run of victories.

“He improved my wrestling a lot,” Oliveira said. “If you see my last fights, I took down all my opponents and of course will focus on that discipline against Chandler.”

Chandler’s aggressive fighting style makes him extremely dangerous, but also vulnerable to counters, which is where Oliveira believes will be his undoing at UFC 262.

“He always comes very strong, and I’ll catch him with a counter hit,” Oliveira said.