Charles Oliveira Has A Message For The Top Five UFC Lightweights 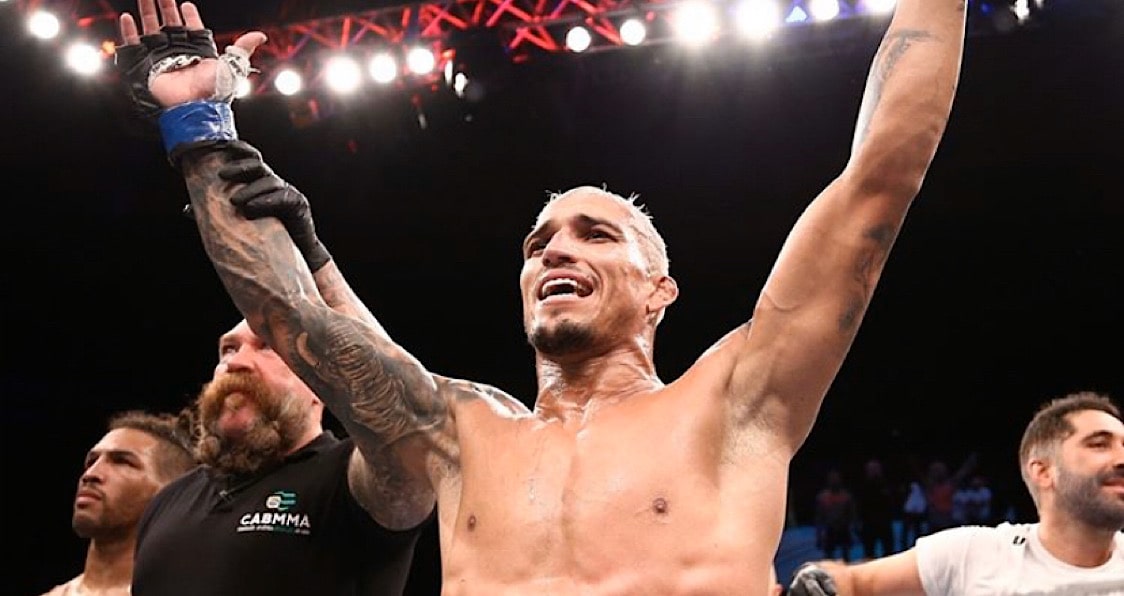 The number six ranked UFC lightweight Charles Oliveira is currently riding an impressive seven-fight winning streak, consisted of nothing but finishes. The last one being a third round submission over Kevin Lee at UFC Brasilia this past March.

Despite repeatedly calling out the top five in his division, Oliveira still finds himself without a top five opponent. Instead, the 30-year-old Brazilian is now set to fight the number eleventh ranked Beneil Dariush on October 3rd, at a location which is yet to be disclosed.

Not The Opponent Oliveira Was Hoping For

Speaking to AG Fight (transcript by BJPenn.com), Oliveira explained that although Dariush is a great opponent, he wouldn’t have chosen to fight him.

“[Dariush] is a guy who has a certain name and deserves all the respect, but he is a fighter who has entered 15 now,” Oliveira said. “That’s what everyone knows, I wanted a guy who was in front of me. So, yes, I’m happy because he was the only guy who accepted this fight.

“But also, who wouldn’t accept it? Anyone who was down there would accept to fight one who is up there in the ranking. So, we have to worry because he is a very tough guy, both on the ground and in the striking part. But it certainly wasn’t the fight I wanted.”

“How Long Will I Wait For These Guys?”

With all the top guys in the lightweight division unavailable, or just unwilling to fight him, it’s understandable that Oliveira is feeling frustrated with his current situation.

“The refusal was very uncomfortable, especially for those who talk a lot, who challenge, who talk smack on social networks, and when things happen they run,” he said. “The UFC looks for, tries to settle fights, but the guys need to accept. [Dan] Hooker challenged me. I accepted the fight, why didn’t he accept it?

“Dustin Poirier doesn’t want to fight this year, he said he doesn’t fight this year anymore. I can’t wait until next year. The time is now, not later. Khabib and Gaethje will fight. Tony Ferguson lost and is all hurt, will he fight this year? Dan Hooker the same thing. Conor McGregor said he retired. Retired or not? I am a fighter, I was born to fight. How long will I wait for these guys? Don’t you want to fight? Get out of the way.”

Oliveira’s Message To The Top-Five

Oliveira has a clear message for the top five in the UFC lightweight division.

“I entered the UFC to be the champion, not just one more. So there is no use hiding, we are going to crash, we are going to hit the face for an hour. I’m in no hurry. I’m training and doing my part.”

And ‘Do Bronx’ could be about to become even more frustrated. During the UFC Vegas 7 post fight press conference, Dana White implied that Tony Ferguson vs Dustin Poirier is in the works. It is our understanding that this is being targeted for October.

Do you think Charles Oliveira deserves a top five opponent?