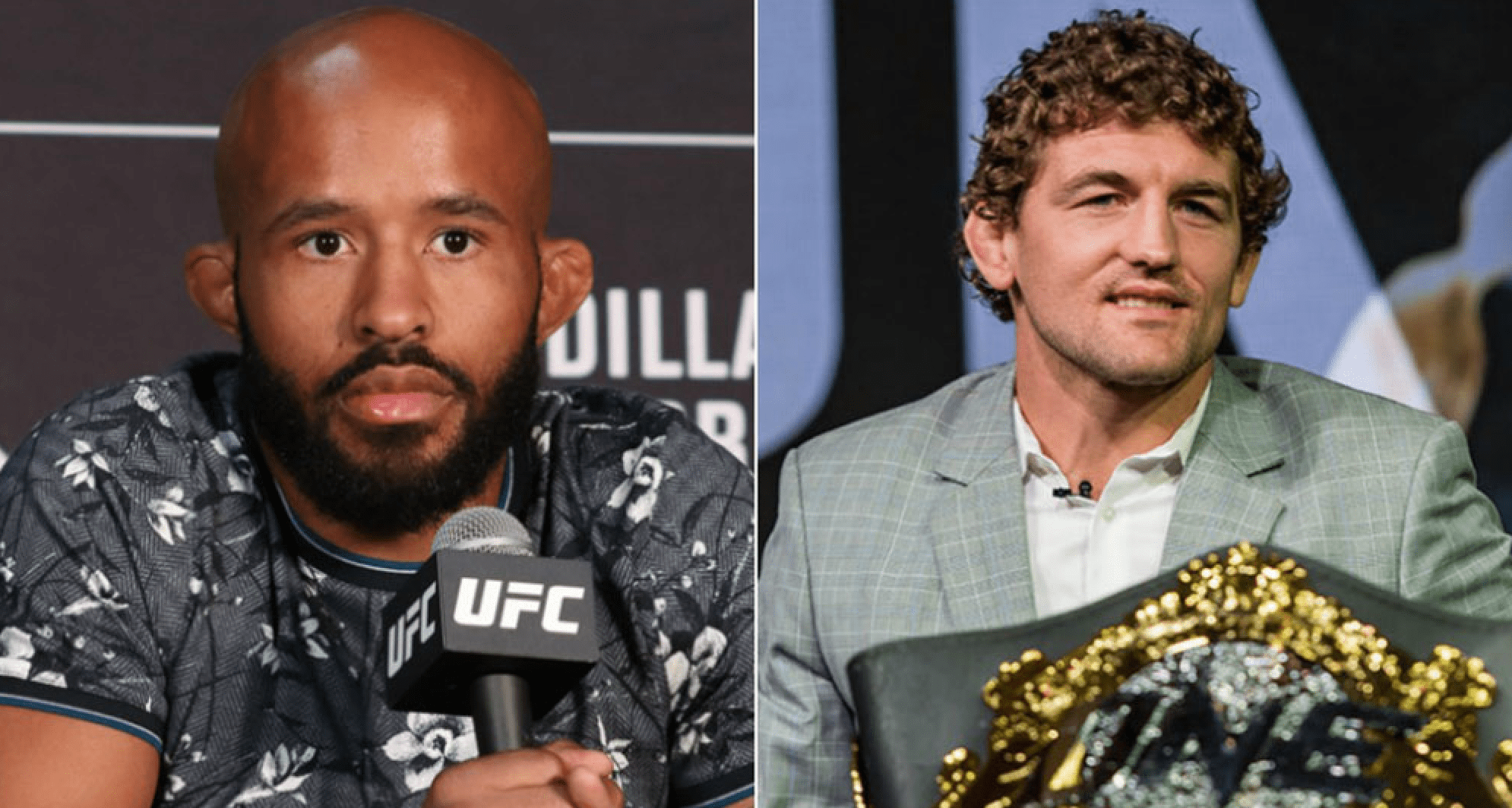 It’s been two and a half years since the blockbuster trade that sent Demetrious Johnson to ONE Championship and Ben Askren to the UFC. Nothing like this had ever happened before or since. At the time, ‘Mighty Mouse’ had already made eleven successful UFC flyweight title defences before losing the belt to Henry Cejudo in a razor close split decision. Afterwards, the former champion talked to his management about exploring other endeavours.

This was where the historic ONE-UFC trade came into play. ONE Championship CEO Chatri Sityodtong was really investing in his organisation’s future by signing the greatest mixed martial artist of all time. The UFC was also getting a good deal in Askren, who was an undefeated former ONE welterweight champion, and had a large fan base.

“He Was Past His Prime”

Speaking to MMA Fighting, Sityodtong said that Askren was past his prime and dealing with a recurring injury when he signed with the UFC.

“At the time Ben was retired and he was past his prime,” said Sityodtong. “He had a very severe hip injury that was plaguing him. Of course it would have been nice to see Ben in his prime without an injury to his hip when he entered the UFC. But he was already crippled when he went into the UFC.

“People didn’t even know. He couldn’t even have a proper training camp when he had his fights in the UFC.”

Things have continued to play out in Johnson’s favour now that he’s signed to ONE. Since joining the Singapore-based promotion, he has gone on a three-fight winning streak and won the ONE Flyweight World Grand Prix at ONE: Century. What’s more impressive is the fact that the 34 year old is competing against larger opponents, but still looks to be in the best shape of his career.

“If you look at mixed martial arts, DJ is the GOAT. There is no question,” Sityodtong said. “Look at his credentials. Look at his track record of title defences in the UFC. He has struggled in ONE Championship but he still managed to win the Grand Prix and now he obviously has a world title shot in front of him.

“I think for me it would be DJ, it would be ‘GSP’ (Georges St-Pierre), those are the two for me that are the true GOATs as far as the achievements in their eras. DJ still again approaching his prime. He’s not even in his prime in my opinion.”

Johnson is scheduled to challenge Adriano Moraes for the ONE flyweight title in the main event of ONE on TNT 1, and Sityodtong believes that he can solidify his status as the greatest of all time with a win over the Brazilian.

“People are counting Adriano Moraes out but I think that’s a big, big mistake,” Sityodtong explained. “I think this is a 50/50 fight and here’s why — Adriano is 5-foot-9, 5-foot-10, giant of a flyweight. Very long, very lanky, skinny legs but a very big body, very long wingspan and he’s a black belt and he’s an incredible striker. He fights from both sides. He’s publicly gone on record saying he’s going to be the first one to finish DJ.

“Now DJ is obviously the GOAT but this is going to be no walk in the park. If DJ can win this, he’s going to cement his status as the GOAT but it’s a very, very big challenge ahead of him.”

Sityodtong still keeps in touch with Askren, even though he’s no longer competing in ONE Championship, and will be rooting for him in his upcoming boxing match against Jake Paul.

“Ben has had his hip surgery and he told me, just yesterday he and I just spoke, and his hip is feeling amazing,” Sityodtong shared. “Let’s see how he does against Jake Paul. That’s an entertaining boxing fight. Obviously, boxing is not Ben’s forte. Ben’s strength is wrestling. It’s kind of a funny, entertaining situation we have here with Jake Paul running his mouth talking like a fighter when he’s just a YouTuber. It was kind of hilarious at the press conference watching some of the highlights and he was telling Ben ‘this is the fight game.’ What a joke.

“Ben Askren, despite him not being a striker, he’s a world class athlete, elite, the best of the best. A two-time Hodge [Trophy] award winner. Won championships in Bellator and ONE Championship in his prime. It’s just unfortunate when he went to the UFC, he was already retired, past his prime with a severe hip injury that he couldn’t even complete a proper training camp. Ben is not one to complain but I know that from behind the scenes being his friend.”

“We Are Not Opposed To Trades At All”

To this day, there hasn’t been another trade like the one between ONE and the UFC in 2018. Sityodtong however, is open to the idea of more trades in the future.

“I know that Matt Hume is always in communication with the UFC or Bellator,” Sityodtong said about the ONE executive. “[Bellator president Scott] Coker and I have traded WhatsApp messages here and there and have spoken about fighters in the past.

“I don’t think—at least over here at ONE—we are not opposed to trades at all. We’re open to it.”

Will Chatri Sityodtong be able to orchestrate another blockbuster trade with another major promotion down the road?