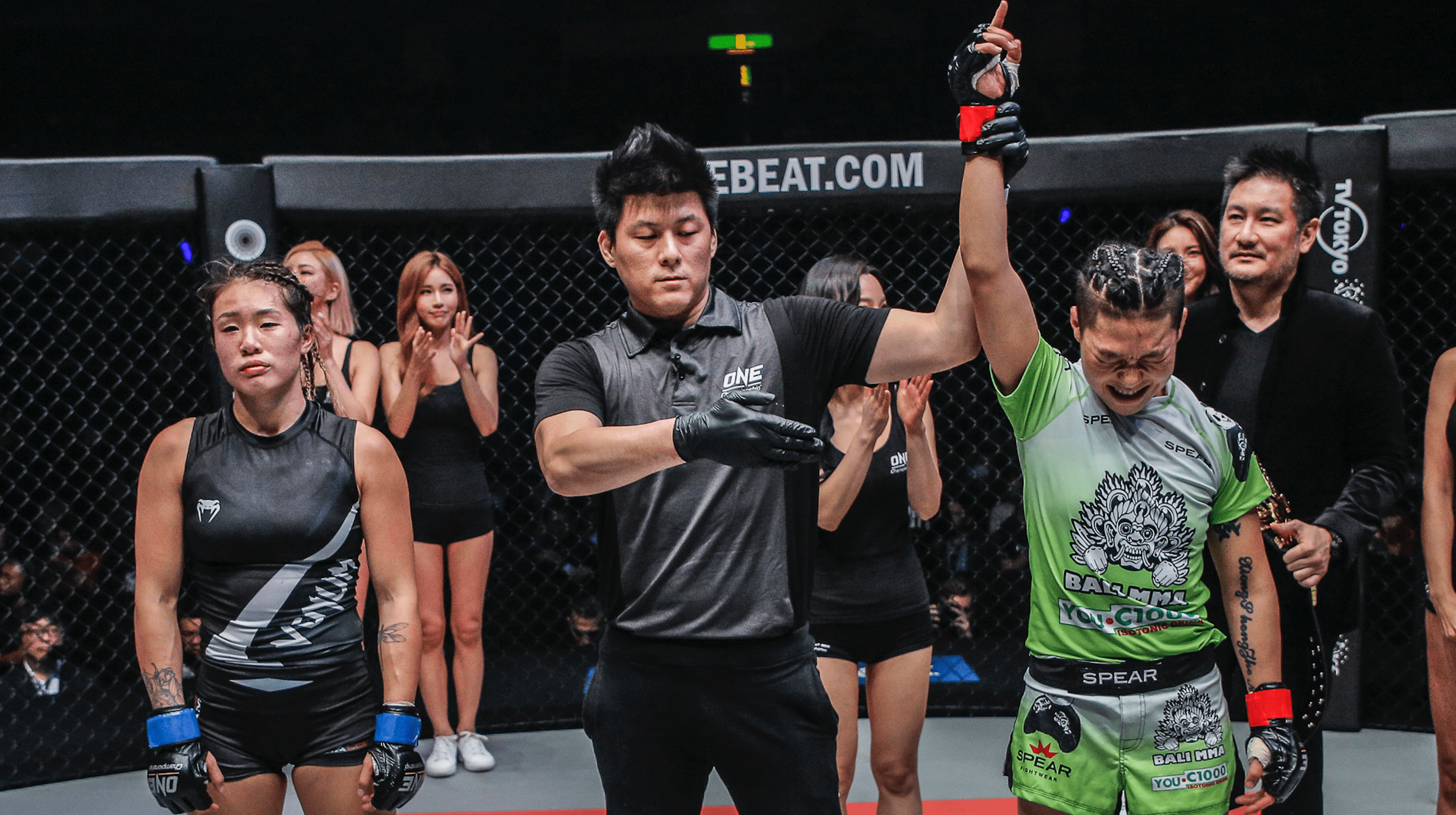 The sequel to their epic clash at ONE: A NEW ERA will likely take place later this year, according to ONE Championship Chairman and CEO Chatri Sityodtong.

Xiong won the five-round bout in Tokyo in March to retain her ONE Women’s Strawweight World Championship and hand Lee’s first career defeat.

“Angela wants a rematch, and Jing Nan has granted that, but she wants to do it at atomweight,” Sityodtong said.

“I think that can be a real thriller for fans, but I haven’t confirmed it with Angela yet. We’re still in discussions. Angela’s had some time to recover from that fight and she’s not thinking about that now until she’s ready.”

“But I think Angela defending her atomweight title is only fair because Jing Nan gave her a shot at her strawweight title. It makes sense,” Sityodtong added.

Lee had victory within reach in the fourth round of that match, almost forcing Xiong to submit with a vice-like armbar and a triangle choke, but “The Panda” was able to survive the round.

In the early minutes of the final round, Lee caught a match-defining blow from Xiong in the midsection that took the wind out of her. Lee staggered back against the cage and Xiong went on the offensive, finishing the bout with a TKO victory.

“That was a crazy war back-and-forth, unbelievable,” Sityodtong said. “To survive those armbars, Xiong is one, tough cookie.”

“She didn’t have any injuries at all, it was more fatigue. That last punch really took the wind out of her completely, but she just had no gas in the tank,” said. Sityodtong.

“The very next day she was fine. It’s more just emotional. When you pour your heart and soul into a fight to achieve something in front of the entire world, you need time to recover mentally and emotionally.”