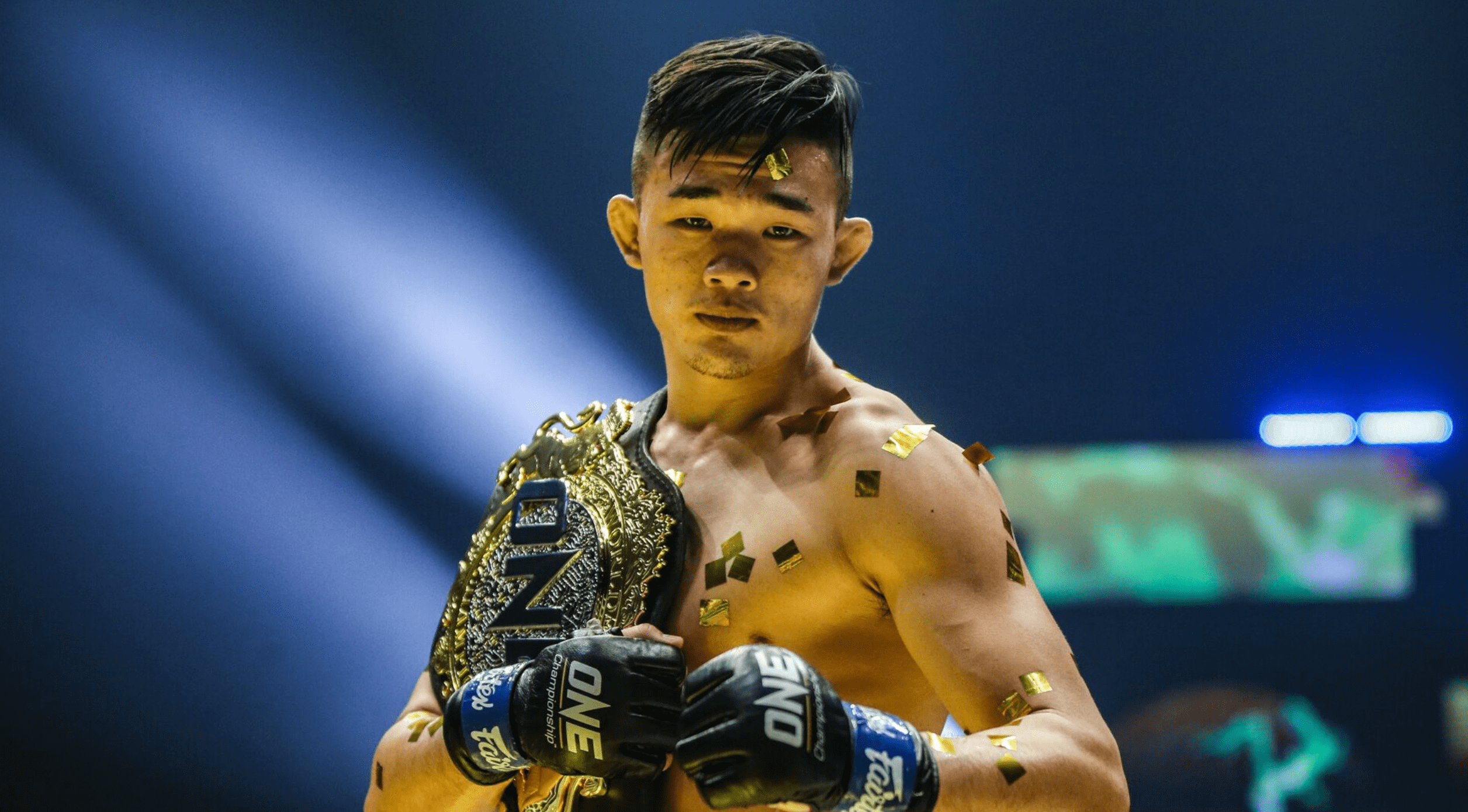 It’s been 14 months since Christian Lee became the ONE lightweight champion, by scoring a second round TKO win over Shinya Aoki at ONE: Enter The Dragon. The 22 year old has fought once since then, defeating Saygid ‘Dagi’ Arslanaliev in the final of the ONE Lightweight World Grand Prix at ONE: Century, having replaced the injured Eddie Alvarez on short notice.

But ‘The Warrior’ is still to make his first official title defence. And now ONE Championship has released their official rankings, we can see some of the killers lining up for a chance to dethrone Lee.

Sitting down with ONE Championship, Lee has expressed his opinions on the top five lightweights in the ONE rankings.

At the number one spot is Iuri Lapicus, who was scheduled to challenge Lee in May, before the coronavirus pandemic forced ONE to postpone their events. The Moldovan-Italian made his ONE debut in May of last year and is currently 14-0, with all wins coming by way of stoppage. The 24 year old is coming off of a first round submission victory over the former ONE featherweight champion Marat Gafurov, at ONE: Warrior’s Code.

“Iuri Lapicus is currently the number one contender in the lightweight division. I definitely feel he’s deserving of that title. He’s currently 15-0 as a professional mixed martial artist, and he’s 2-0 in ONE Championship so far. In his first fight, he got a rear-naked choke finish over Shannon Wiratchai, and in his second win, he took out former World Champion Marat Gafurov in close to a minute. He has definitely been impressive so far in ONE Championship. Although he is only two-fights deep in ONE Championship, I feel that because his record is spotless and he is undefeated, that’s what helps put him up there. I definitely feel like he’s going to be a good test.”

In the number two spot is ‘Dagi’, who is coming off the loss to Lee at the end of last year. Since making his ONE debut in 2016, Dagi has made a name for himself in the lightweight division, for his devastating finishing power. Prior to his loss to ‘The Warrior’, the 25 year old had scored three straight first round knockouts.

“‘Dagi’ probably would be the number contender if I didn’t just fight him last October and beat him, but he has definitely earned his spot up there because he has taken out all the top contenders in the lightweight division and in devastating fashion. He’s got striking, good wrestling, and a black belt in jiu-jitsu. He’s a very well-rounded fighter. I feel he’s gone through a similar martial arts journey as myself, training as a child. He’s definitely one of the most dangerous contenders in the division. I know he’ll definitely work his way back up to a title shot, and we’ll see each other in the cage again soon.”

In at number three is Pieter Buist. ‘The Archangel’ is currently on an eight fight winning streak, including three inside the ONE Circle. He is coming off of a split decision victory over Filipino hero Eduard Folayang at ONE: Fire And Fury, and Lee has nothing but praise for the Dutchman.

“Pieter Buist is a good fighter also. He’s a tall, lanky kickboxer. He’s got jiu-jitsu, too – I’m not sure what belt he is, but he looks decent on the ground as well. I think he’s definitely deserving of his spot. He’s 3-0 in ONE Championship so far, and he’s coming off a good win over Eduard Folayang. Originally, he was wanting a title shot next, and he’s definitely deserving, so maybe after Lapicus, we could see that fight coming up soon.”

Sitting at number four is Timofey Nastyukhin. The Russian joined ONE in 2014 and since then has compiled a record of 6-3. He holds notable wins over Eduard Folayang, Amir Khan and of course Eddie Alvarez, who he beat at ONE: A New Era via first round TKO. Lee acknowledges the power he’d have to deal with should he face the 30 year old.

“Timofey is a great fighter. He’s got heavy hands and knows how to go for the finish. He’s definitely a contender I’m looking forward to facing in the cage. I know we’ll make for a very exciting match for the fans. I feel like he could even be up higher on this list. He did suffer a knockout loss to ‘Dagi’, so he’s definitely underneath him, but I feel like he’s a top contender in the division. He’s definitely not someone to look past because he’s always looking for the finish, and oftentimes, he gets it. He is somebody I’ve had my eyes on, and anytime ONE Championship wants to match us up against one another, I’ll be ready.”

In the number five spot is Shinya Aoki, the former two-time ONE lightweight champion. The Japanese submission specialist won the title in 2013 and 2019. ‘Tobikan Judan’ has amassed 44 wins over his career, 28 of which have come via submission. He is coming off of a quick-fire victory over Honorio Banario at ONE: Century. Lee recognises the threat that the 37-year-old poses to the entire lightweight division.

“Shinya Aoki is a threat to anybody in the lightweight division. He’s won the belt, and he’s defended the belt. He came back from a loss and still reclaimed his belt. He’s definitely going to be in the ONE Championship Hall Of Fame, for sure. He’s a legend of the sport. For many years, he was considered the number one lightweight in the world along with BJ Penn. I can’t take anything away from that guy.

“When we were originally scheduled to face each other last May, it came as a surprise to me. We were fellow teammates [at Evolve MMA] and I do consider him a friend as well. But when we get in the cage, I consider it a business. I don’t get starstruck. I really don’t put any thought into who that person is. When we sign a contract, get a date set, and step into that cage, it doesn’t matter who I’m matched up with, I’m going to finish them within five rounds.

“Facing Shinya Aoki, there was no worry about being starstruck in there. It was just how are my skills going to matchup with his skills and how am I going to build to a finish. That was just pure strategy, game plan, and determination to win that fight. I still consider Shinya [a top] contender, and he could finish any of the other contenders on any given day. He’s definitely one of the most dangerous opponents for me.”

Who do you think is the biggest threat to Christian Lee’s ONE lightweight title?