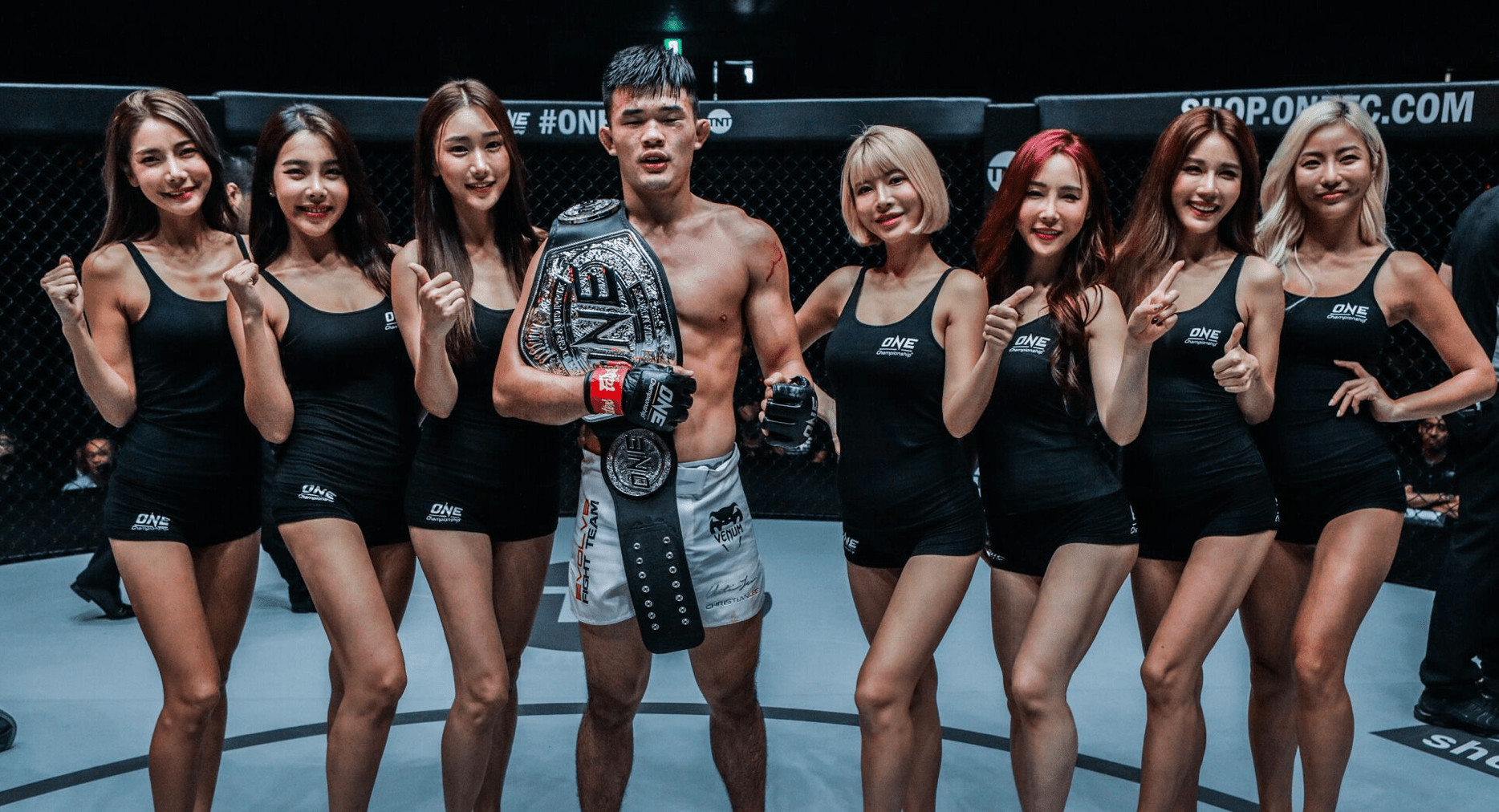 Christian Lee has never been one to shy away from a challenge. And that was never more evident than in 2019. After beating Edward Kelly in January, the Singaporean Hawaiian faced off against the ONE lightweight champion Shinya Aoki at ONE: Enter The Dragon, after accepting the Japanese legend’s call out and moving up a weight class.

Lee would go on to shock the world. After somehow surviving a deep armbar in the first round, the then 20 year old scored a second round TKO win over Aoki, to become the ONE lightweight world champion.

After Eddie Alvarez was forced to withdraw from the ONE Lightweight World Grand Prix final against Saygid ‘Dagi’ Arslanaliev in October at ONE: Century, Lee stepped in on two weeks notice and went on to win it by way of unanimous decision, adding another title to his growing collection.

‘The Warrior’ is not resting on his laurels from the past year however and will go into 2020 as hungry for success as he’s ever been.

“I feel like it’s everything to keep pushing, to keep treating myself as the hungry contender that I was before I won the belt. Many times, people win the belt and become champion, but then they will sit back for a bit. They will stop training, they will stop pushing themselves to their limit, and they will just think that they have done enough. For me, I’m still that same hungry contender I was before I won the belt,” Lee shared to ONE Championship.

Lee named two possible opponents he could defend his title against in the next twelve months – Eddie Alvarez and Timofey Nastyukhin.

“I’m hoping Eddie does well in 2020 and that he is able to work his way up to the top because the lightweight division is so stacked. For me, I know it would be a big fight. I’m hoping he can make his way up [to the top] so I can defend my title against him next year.”

As for the Russian knockout artist, Lee tips off his hat to Timofey and hopes him well this year after Nastyukhin was yet again bugged by injuries in the past year.

“I love his fighting style. I’ve been watching Timofey ever since he started in ONE Championship. I think that would be a very exciting fight for the fans. I feel like he is a guy who gets written off because he has faced so many injuries in his career, but he is definitely a very dangerous opponent. I think after a few more fights, we could see him getting a title shot as well,” Lee exclaimed.

The now 21-year old also opened up about his desire to capture the ONE featherweight world title and a for trilogy bout with the current champion, Martin Nguyen. And despite coming out second best in their first two encounters, Lee is confident a third matchup would have a different result.

“Although I am the king of the lightweight division, I feel like I have some unfinished business in the featherweight division still,” he admits.

“We could very well see another match-up [with Martin] for a second belt in early 2020 because I’m not going to leave that division without claiming the belt first.”

Furthermore, Christian Lee shared the secret that propelled him and his sister Angela Lee to the peak of success.

“The way that I made it to the top was by staying humble, both me and my sister, Angela. We never let fame get to our heads. We get in the gym every single day and we work our butts off. That’s our secret to success, and nothing is going to change in 2020.”