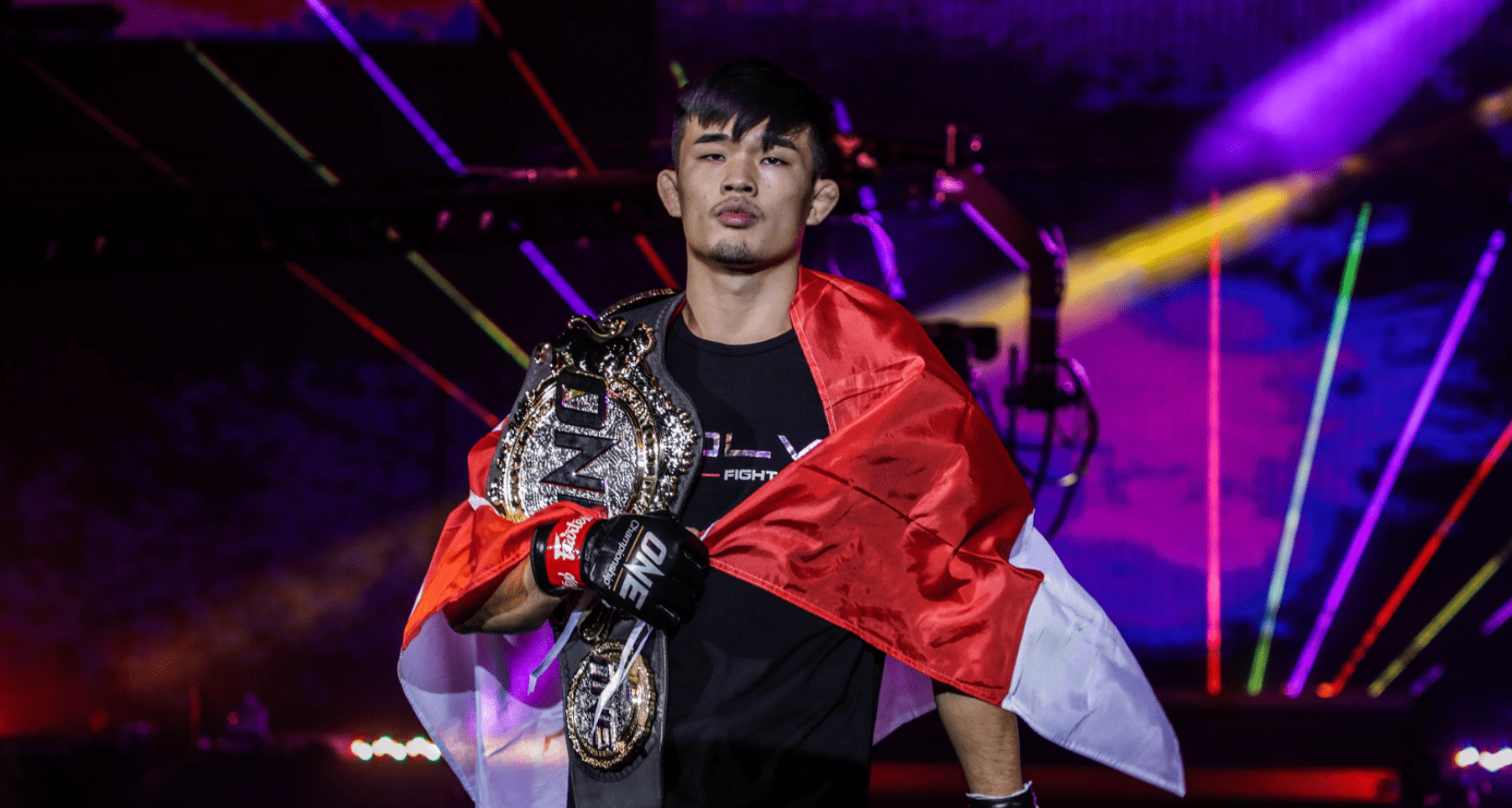 Christian Lee only needed 73 seconds to TKO Timofey Nastyukhin in the ONE on TNT 2 main event to successfully defend his lightweight title for the second time.

Lee dropped Nastyukhin with a vicious left hook and followed it up with a barrage of unanswered strikes, before the referee intervened to stop the fight.

Everything Went As Planned

Speaking exclusively to Asian Persuasion MMA after his quick-fire win, Lee said that he was extremely happy with his performance in Singapore.

“I’m very happy you know,” Lee said. “I’m grateful that my ten hard weeks of training leading up to this fight was able to pay off and everything was able to go according to plan.”

While Lee’s plan was to finish Nastyukhin in the first round, he was fully prepared for a five-round war with the Russian.

“I had a lot of respect for Timofey going into this fight, I still do and I really pictured this fight being a three to five-round war,” Lee revealed. “Of course my plan was to finish him in the first round. I’m thankful that it was able to go according to plan, but I did train extremely hard for this match and I was more than ready for it to go the distance.”

Lee started out his career at featherweight, before moving up to lightweight at ONE: Enter The Dragon in 2019, where he defeated Shinya Aoki to win the title. Now established and unbeaten in four fights at lightweight, the 22 year old has no plans to move back down to featherweight. Instead, he has his eye on the welterweight title and champ champ status.

“For me, welterweight is next and whether it be my next fight or maybe the one after, but I definitely plan on capturing the welterweight world title.”

There are a lot of interesting fights coming up in ONE Championship’s lightweight division. At ONE on TNT 3, Marat Gafurov takes on Rae Yoon Ok. While at ONE on TNT 4, Lowen Tynanes fights Pieter Buist, and Eduard Folayang steps in on short notice to fight Shinya Aoki in a rubber match.

While Lee wants to spend some time with his pregnant wife and family for now, the United MMA representative said that he will definitely keep a close eye on the upcoming matchups.

“I’m gonna be enjoying a bit of time off with my wife and my new baby coming into the world,” Lee said. “Then I just have to see how the lightweight division shakes itself out. There is no clear contender so I’ll have to wait until somebody steps out and sets himself apart from the crowd.

“Of course, I’ll be keeping a close eye on all the lightweight matches coming up but, as of this moment, there’s no one like next in line.”

The ONE on TNT 1 co-main event between Eddie Alvarez and Iuri Lapicus ended in a controversial manner after ‘The Underground King’ was disqualified for illegal strikes. Lee believes if it wasn’t for the unfortunate ending, the former Bellator and UFC titleholder would have gone on to win the fight.

“The way that Eddie was able to take him down with ease and immediately get him to a dominant position, I feel that he was gonna finish him that night,” Lee said. “It was just a matter of time, he definitely looked like a sharper fighter that night.”

ONE Championship CEO Chatri Sityodtong has promised to book the rematch between Alvarez and Lapicus as soon as possible, and the Philadelphia native expects to fight again at ONE on TNT 4 on April 28th.

Should Alvarez come out on top in a rematch with Lapicus, Lee is sure that he’ll be the next in line to fight for the title.

“I feel that if Eddie was able to get the win over Iuri, he would have gotten a title shot right away,” Lee said. “Because I just fought Iuri, so he’d probably have to fight one or two more times to get another title shot.

“I could see the rematch going his way as well but I won’t count Iuri out but the way they lined up, I think that he’s got a good style for him. Really, all Eddie’s got to do is get past Iuri and the title shot is basically his. ONE Championship wants it, I’m sure the fans want it, and it’s a matchup that really the world’s been waiting to see.”

Do you think Christian Lee can go on to beat Eddie Alvarez, and win the ONE welterweight title?