Christian Lee Says He Beats Any Lightweight, Including Khabib 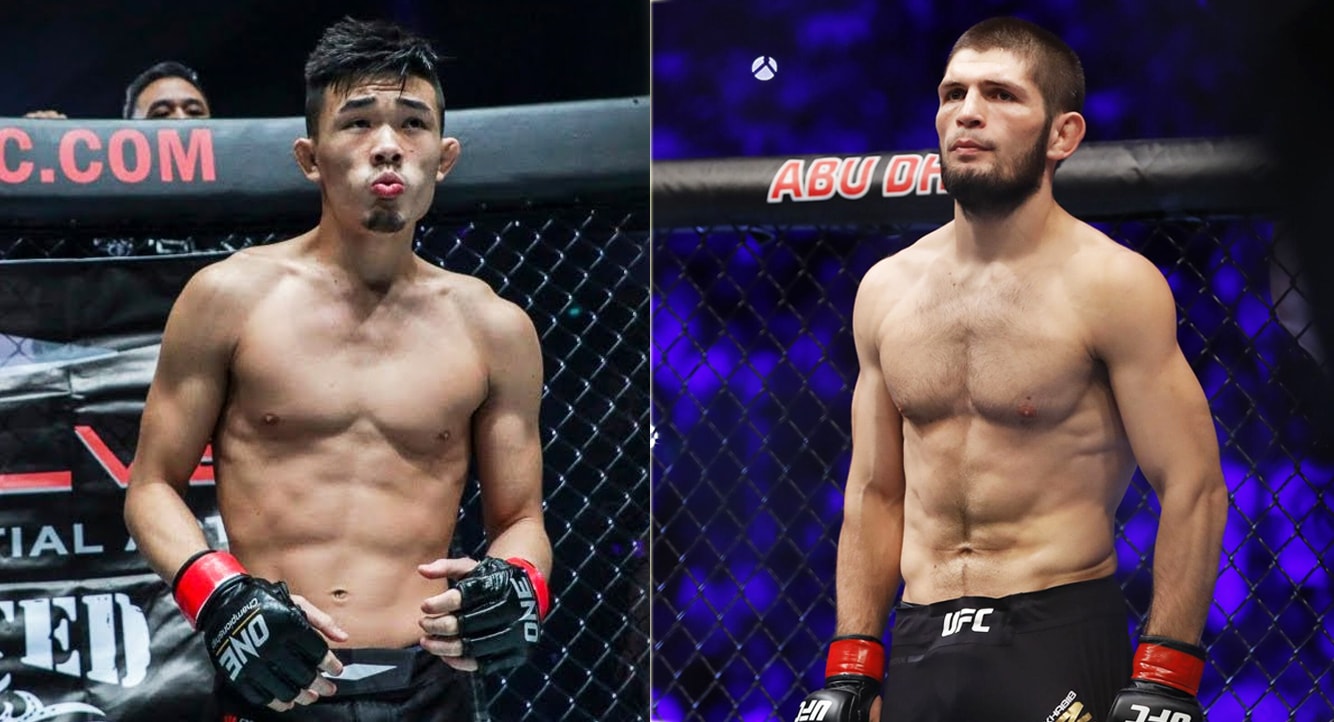 ONE lightweight world champion Christian Lee says he can beat any lightweight fighter in the world, including his UFC counterpart, Khabib Nurmagomedov.

Lee became the youngest male world champion in mixed martial arts history when he scored a second round TKO win over Shinya Aoki in May 2019 at ONE: Enter The Dragon, to win the ONE lightweight champion. Since then, the 22 year old has beaten Saygid ‘Dagi’ Arslanaliev to win the ONE Lightweight World Grand Prix, and more recently, defended his belt against Iuri Lapicus with a first round finish at ONE: Inside The Matrix.

With five wins in succession – including four finishes – Lee’s confidence is sky high, and he believes he will come out on top against any fighter in his weight class.

Speaking to MMA Mania, Lee said that with his skillset, he is confident of beating any lightweight fighter across any MMA promotion.

“I believe I’m at the top,” Lee said. “Of course there are many other organisations out there and many great fighters, but I believe in my skill set and I’m confident that if I go up against anyone I’m gonna come out on top.”

The Antidote To Khabib

UFC lightweight titleholder Khabib is a puzzle that remains unsolved; 29 fighters have tried and failed. The Dagestani has been so dominant that he’s made elite fighters look ordinary, but Lee believes ‘The Eagle’ had a huge grappling advantage over all of his previous opponents. Whereas he wouldn’t do against him.

“I have a tremendous amount of respect for Khabib and if he is indeed retiring, there is no point in talking about a fight,” Lee insisted. “But I do feel like I have the skillset to beat him. Everyone who’s fought him in the past, they are good fighters, but predominantly strikers, and weren’t ready to deal with his grappling and jiu-jitsu. Khabib’s previous opponents just didn’t have enough depth in their ground game. With my wrestling and jiu-jitsu background, I feel that I would be more than capable of giving him a great fight and getting my hand raised.”

Lee doesn’t currently have his next title defence booked, but is likely to defend his crown against Timofey Nastyukhin next, Not only does the 30 year old Russian hold a first round KO win over former UFC and Bellator lightweight champion Eddie Alvarez, but he’s also coming off a dominant win over Pieter Buist at ONE: Inside The Matrix 2, in what was billed as a title eliminator by the promotion.

“Right now there is no fight booked, just waiting for ONE to give me the name,” Lee said. “Moving forward there are two or three guys who will make for really exciting matchups that I have yet to take out. Timofey knocked out Eddie Alvarez, so he’s definitely in my sights.”

Alvarez has competed twice in ONE Championship, suffering a shock defeat to Nastyukhin in his debut, before scoring a comeback win against Eduard Folayang at ONE: Dawn of Heroes. Despite getting back to winning ways, Lee believes ‘The Underground King’ needs one or two more wins before he can get a title shot against him.

“I knew once Eddie joined the promotion that it was a fight I was going to have to take,” Lee revealed. “I do think he needs one or two more wins before we can make that happen, to get that title shot, but I’m looking forward to three title defences next year, I plan to stay busy.”

Alvarez was scheduled to fight the number one ranked ONE lightweight ‘Dagi’ in the ONE Lightweight Grand Prix final a year ago, but was forced to pull out because of injury. They were then scheduled to fight earlier this year, but the fight was scrapped due to the global coronavirus pandemic. ONE CEO Chatri Sityodtong recently confirmed that the promotion is looking to rebook the fight in early 2021.

ONE recently announced the signing of Lee’s 16 year old sister Victoria, who joins her big brother Christian, and big sister Angela, the atomweight champion, in the promotion.

Do you believe Christian Lee can beat Khabib Nurmagomedov?