Claressa Shields: Jon Jones Would Be Freakin’ Dangerous In Boxing 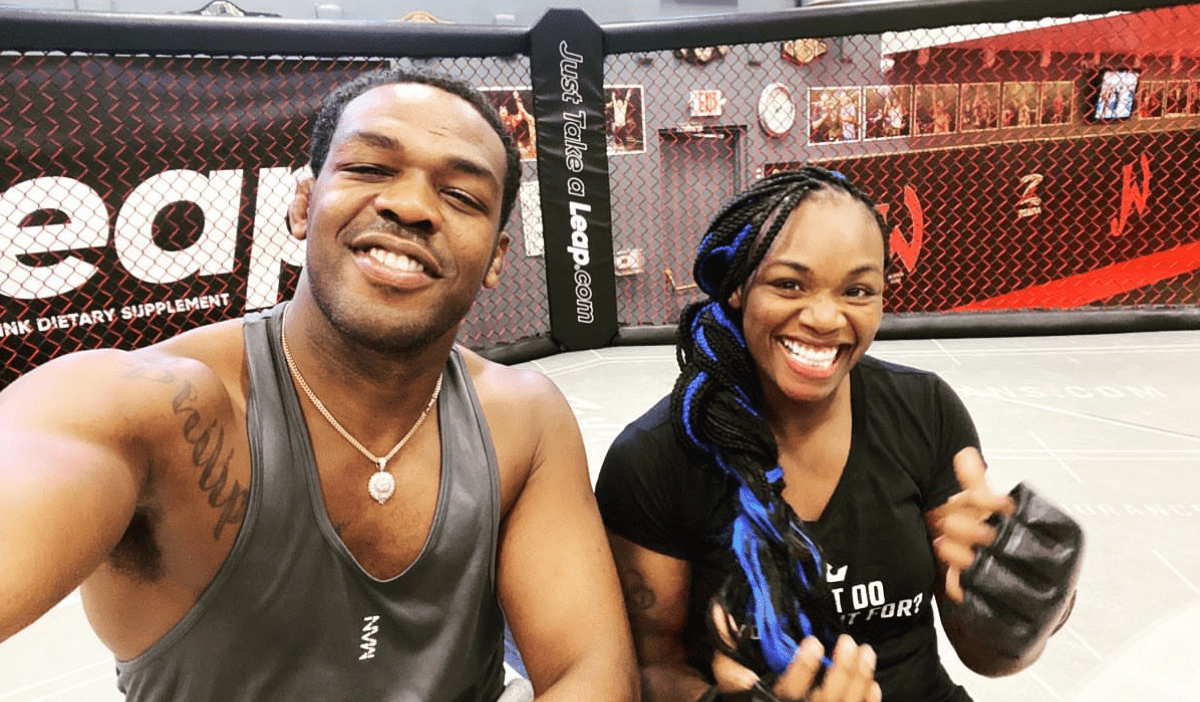 Claressa Shields believes former UFC light heavyweight champion Jon Jones would be a ‘dangerous’ contender in the heavyweight division, if he ever chose to transition into boxing.

Shields, who signed with the Professional Fighters League (PFL) last month, is currently training at Jackson Wink with the likes of Jones and Holly Holm, ahead of her MMA debut in 2021. The two time Olympic gold medalist has been truly impressed by the former UFC 205lbs champion’s knowledge of the fight game.

Speaking to Heavy.com (as transcribed by BJPenn.com), Shields said that Jones has all the tools to transition into boxing.

“I can see Jonny Bones making a transition from MMA to boxing. Heavyweight boxing. That’s what I see. I don’t see WWE. To me, that’s more like a clown show, the WWE,” Shields said. “Jonny Bones is a serious person especially when it comes to training and his teaching. We’ve had two classes where I spent countless hours with Jonny Bones and he was teaching me and breaking stuff down that looked so complex, but breaking it down into 1-2-3-4, breaking it down into steps from the beginning.

“So I look at him as a serious guy. So if I was to show [Jones] what I know in boxing and show me what he knows in MMA, I believe that when he learns these simple basics with his hands and how to stand. Aw man. I think he would be so freakin’ dangerous in boxing because he’s really just, inside that cage. I mean, we all seen it. He’s a dangerous guy.”

‘Bones’ is expected to make his UFC heavyweight debut in 2021. Earlier this month, UFC president Dana White said that he had a long conversation with Jones, which cleared up much of the confusion about his future.

It is however, unclear who Jones will fight in his heavyweight debut, but Dana has made it clear that he won’t get to jump ahead of the number one contender Francis Ngannou, to fight for Stipe Miocic for the title.

How do you think Jon Jones would do if he transitioned to boxing?