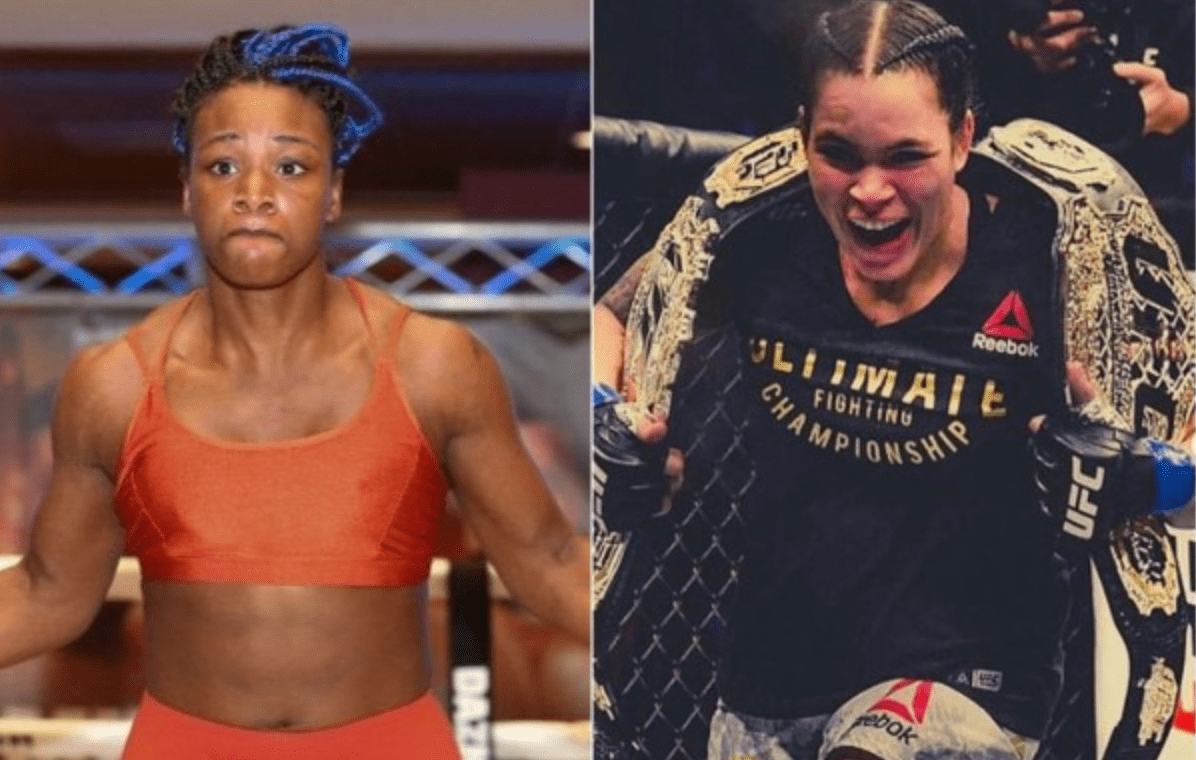 Earlier this month, Amanda Nunes knocked out Holly Holm with a spectacular first round head kick at UFC 239, to defend her UFC bantamweight title. Following yet another incredible performance, it left the question, ‘who out there can challenge Nunes?’

Well maybe the answer lays outside of the UFC. And outside of MMA. While speaking to TMZ Sports, the undisputed women’s middleweight boxing champion Claressa Shields was asked about Nunes, and who is the female greatest fighter of all time.

“She ain’t been to the Olympics two times. I’ve been to the top of the world twice. I’m not putting myself against Amanda Nunes because I like her, we’re both women athletes.

But whereas the odd boxer has stated that they would beat certain MMA fighters in the cage, as well as the ring, when asked if she could beat Nunes in an MMA contest, the two time Olympic gold medalist boxer said she’s knows better than to challenge the UFC women’s bantamweight and featherweight champion in the cage. But has no doubt how a boxing contest would end.

“Hell no, I can’t wrestle (laughs). But in boxing, yeah, Amanda Nunes is going to sleep.”

Nunes has won her last nine fights inside the UFC Octagon, including first round wins over Miesha Tate, Ronda Rousey and Cris Cyborg. Shields turned pro in 2016, after winning her second Olympic gold medal in boxing. Since then, ‘T-Rex’ has gone 9-0 and won the WBA, WBC, IBF, WBO and the Ring female middleweight titles.

Would you like to see Claressa Shields vs Amanda Nunes in a boxing contest?