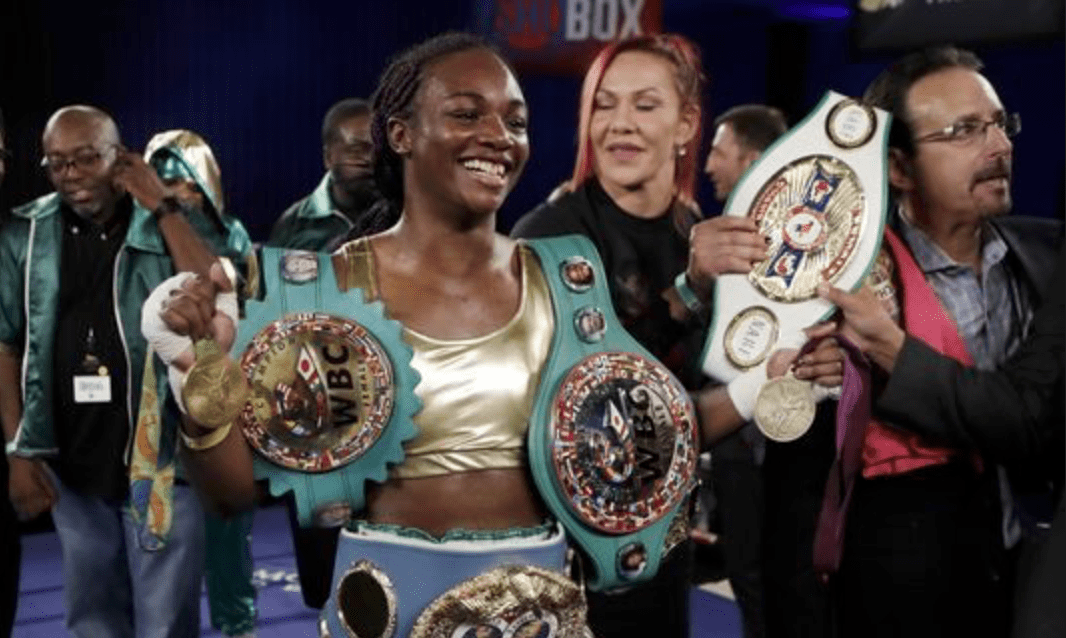 Three division boxing world champion Claressa Shields signed a contract with the Professional Fighters League (PFL) earlier this week, and will enter the world of mixed martial arts next year.

As per her contract, the GWOAT in boxing will compete in one-off fights at lightweight in the PFL in 2021, and won’t be part of the regular 2021 PFL season. She was previously linked to the UFC, and has called out two-division UFC champion Amanda Nunes on a number of occasions.

Shields, who is a two-time Olympic boxing champion and is 10-0 her professional boxing career, will continue to compete in boxing, as well as MMA. Speaking to ESPN (as transcribed MMA Junkie), ‘T-Rex’ opened up on her MMA debut next year, and competing in both combat sports.

“I’m still gonna box and do MMA at the same time,” Shields said. “I could box in my sleep. That’s not something that I really have to worry about. I’m gonna spend a lot of time learning and just growing in MMA, but I’m still gonna accept my mandatory challenges in boxing. I’m gonna fight those girls, I’m gonna beat them, but I plan on having maybe two or three boxing matches and two to three MMA fights next year.”

With the PFL’s tournament-style league format, and other major promotions slating women’s fights in main events, Shields said there is equal opportunities for women in MMA, unlike in boxing.

“I feel like I’ve had fights in boxing that have captured the sports world, just women’s boxing isn’t treated equally,” Shields said. “Every MMA league, they have women fighters main event. The PFL give women a chance to fight for a million dollars just like they give men a chance to fight in a league for a million dollars. In boxing, there aren’t those kind of opportunities for women.

“You have two or three of us that are getting paid good money, and then the rest of them are kind of just like opponents, and they don’t really have a large following and a big backing. In MMA, in the PFL, you create your own destiny, and that’s what I want to do. I created my own destiny in boxing and as far as in becoming a two-time Olympic champ, starting from the Junior Olympics to the real Olympics, world championships and now being a professional world champion. I just wanna test myself really.”

Kayla Harrison, who is a two-time Olympic judo champion and winner of the 2019 PFL lightweight tournament, is someone Shields would like to fight somewhere down the road. But for now, the 25 year old aims to take one fight at a time, before entering the PFL tournament thereafter, and potentially fighting her friend and fellow double Olympic gold medalist.

“Just me being who I am, of course I want to fight the best,” Shields stated. “Right now, she’s the best. She’s the winner of the PFL league. She won the million dollars, and I was able to watch all of her fights leading up to that not because I was getting ready to come to the PFL, but because I’m a fan of hers and we’re actually friends. We’ve been at both Olympics together. We know each other.

“I actually texted her this morning, so of course that’s who I’m looking at down the line, but then again like I said, the PFL, you create your own destiny. Anything can happen on any given night so we can be in a tournament in 2022 or 2023 and be fighting, and she loses. It’s like anything can happen, so I’m just gonna take it one fight at a time. I’m not initially thinking of Kayla Harrison right off the bat, but she will be in my thoughts towards the end of 2021.”

How do you think Claressa Shields will fare in MMA?