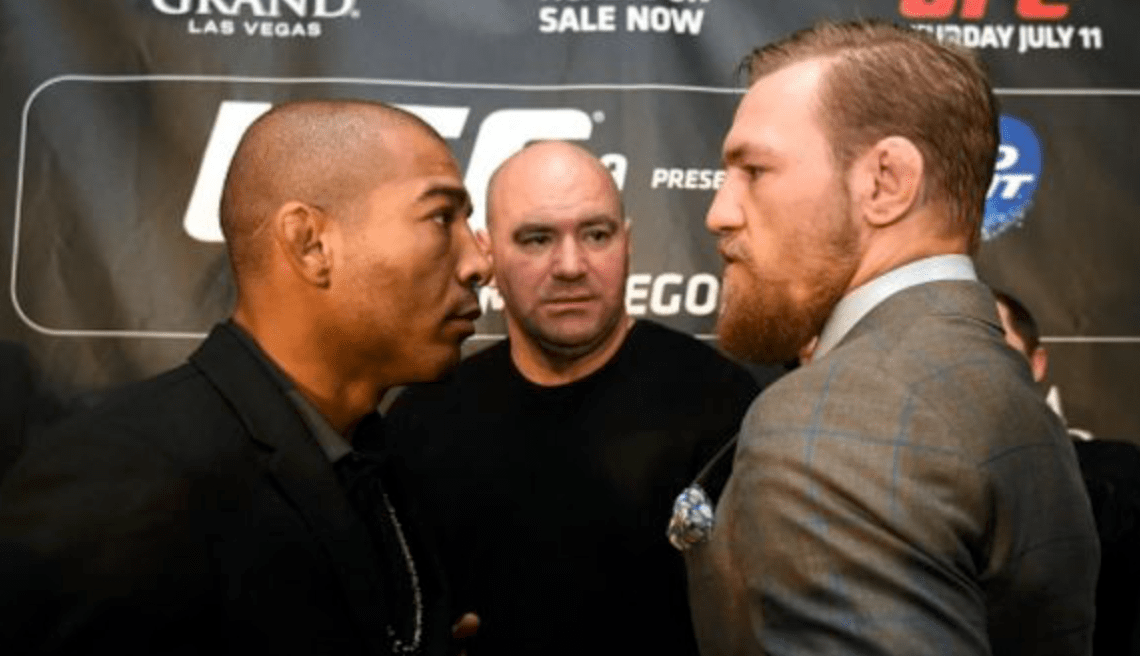 For a long time after Jose Aldo lost to Conor McGregor in December of 2015, the Brazilian often showed a lot of animosity towards the man who took his UFC featherweight title.

However, fast forward to 2019, and a classy Aldo has shown his respect to his former arrival. When asked about McGregor’s recent retirement tweet by Portal do Vale Tudo, the former 145lbs king praised the Irish man’s career (as transcribed by MMA Mania).

“What he did for the sport and what he won. If I fight Floyd Mayweather and make 80 million dollars, the UFC would never see me again too. Do you really think I would train multiple martial arts three times a day? He had a brilliant career, he was a great fighter and if he really is retiring, I congratulate him for all he did in the sport.”

Aldo is scheduled to fight Alex Volkanovski at UFC 237. Although there is now a little bit of doubt whether he will still be on the card, having recently been admitted to hospital after suffering from bacterial infection due to a cut to the knee. You can read more about that here and here.