Cody Garbrandt Plans To Save The UFC Flyweight Division 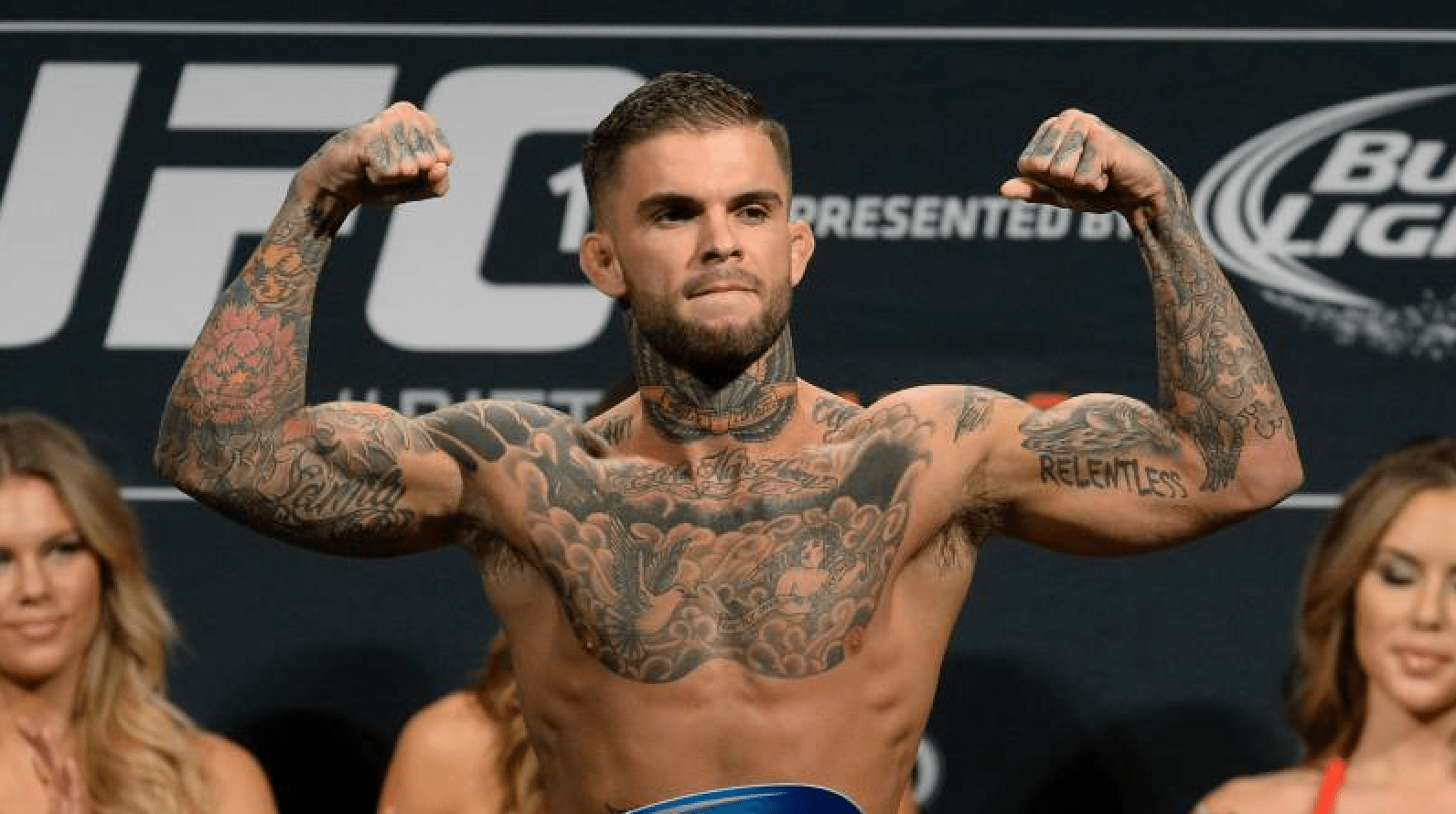 He may be on a three fight losing streak but former UFC bantamweight champion Cody Garbrandt, claims he will save the UFC flyweight division. ‘No Love’ was expected to return to the Octagon against Raphael Assuncao at UFC Columbus last week but was forced to withdraw injured. Although the whole card was later postponed as a result of the coronavirus pandemic.

Having not fought for thirteen months because of injuries, Garbrandt is hoping his fight with Assuncao can be rearranged. Speaking to ESPN‘s Brett Okamoto (as transcribed by MMA Junkie), the 28 year old said that after that, he plans to move down to flyweight.

“First we’re focused on Raphael, and that’s still the fight to make and the fight next. Then go down and really save the flyweight division.”

Before being finished in his last three fights, Garbrandt had gone 11-0 in his professional MMA career. And Cody believes he will be as strong and fast as he has been, when he moves down to 125lbs.

Garbrandt’s comments opened up a lot of back and forth on social media. The first to speak out was the former UFC flyweight champion and current bantamweight champion, Henry Cejudo.

To which Garbrandt responded by saying he’ll see the 135lbs champ soon.

In the next hour, Garbrandt received call outs from from Kai Kara-France, Petr Yan and new signing to the promotion Manel Kape, the former RIZIN bantamweight champion. Two of which Cody replied to.

And in the last few minutes, the back and forth between Garbrandt and Cejudo has continued.

Petr Yan has since responded to Garbrandt.

Interestingly, both Garbrandt and Cejudo are managed by Ali Abdelaziz and Dominance MMA. The outspoken manager has been known to post to social media on his fighters’ behalf in the past.

We will update this post with any further back and forth between Cody Garbrandt and Henry Cejudo and co..