Colbey Northcutt Eyes Knockout Win At ONE On TNT 4 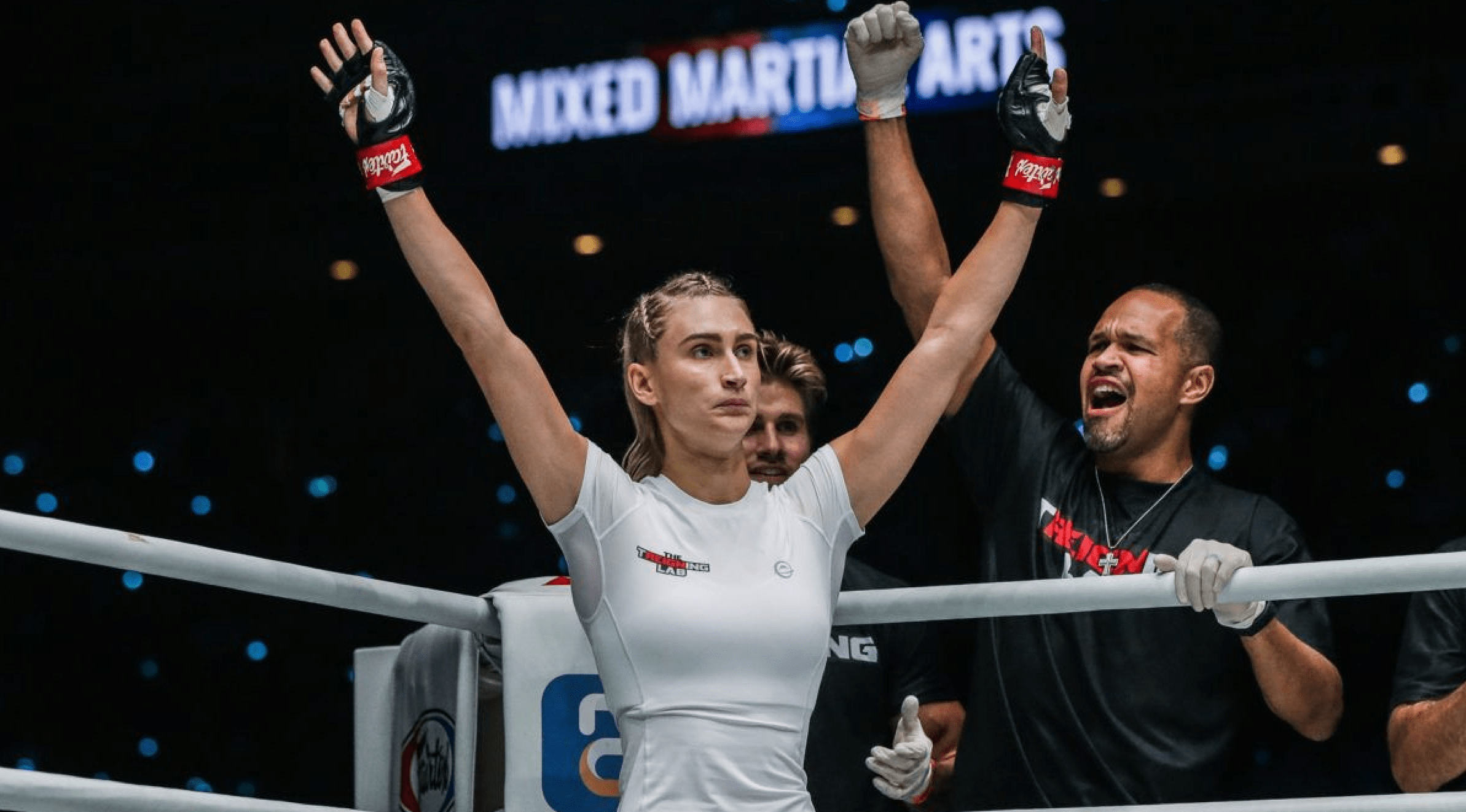 Colbey Northcutt Daniels is looking forward to putting on another impressive performance inside the ONE Circle against Sovannahry Em* at ONE on TNT 4 on April 28th.

Northcutt made her promotional debut against Putri Padmi at ONE: Edge Of Greatness in 2019, winning via unanimous decision. She was scheduled to compete last March, but her fight was cancelled due to COVID.

Speaking exclusively with Asian Persuasion MMA, Northcutt said that although she was planning to stay active in 2020, her year turned out to be a lot different than she had expected.

“It was a lot different than what I anticipated,” Northcut said. “I was expecting to fight three [or] four times last year and obviously that didn’t happen. I was scheduled to fight in March of 2020 and then you know, got a notification and a call that obviously the world is kind of put on a pause. So that was a little bit crazy.”

Despite having hot fought in over a year, the 28 year old has been working on different aspects of her game, but in particular her wrestling.

“I’m confident in my striking and I feel confident in my jiu-jitsu game, but one thing I’ve really been focusing on in this camp and the time away is my wrestling and my cage work,” Northcutt said. “At Treigning Lab, we have Mark Munoz, who is obviously himself fantastic at wrestling. Then all the guys down there are great, so I’ve been focusing a lot on that.”

Em kept her 100 percent finishing rate intact at ONE: Unbreakable 2 by TKO’ing Choi Jeong Yun in the second round. Northcutt understands the level of threat she’s facing, but feels confident that she has the skills to overcome the challenge.

While she would like to keep the fight standing, Northcutt expects Em to try and take her down in their flyweight bout.

“I think stylistically she is the complete opposite of what I am,” Northcutt explained. “She’s a shorter grappler and obviously everybody can and look at us physically and can kind of play out what they think the fight will be. I’m a longer striker who wants to keep it on the feet, she’s a shorter grappler who wants to take it to the ground. So it’ll be good, it’ll be a great fight to see.”

When asked how she expects her fight to play out, Northcutt said that she will specifically look for the knockout.

“I mean obviously every fighter’s gonna say they get the victory but I’m specifically looking for a knockout finish,” Colbey said. “I want to utilise my striking. I would be happy with the finish in any sort of way. It’s going to be very exciting.”

Fighting On The Same Card As Her Brother Sage

Colbey’s brother Sage Northcutt is also set to compete at ONE on TNT 4 in a lightweight contest against Shinya Aoki. And the Treigning Lab representative says she’s super excited to be competing on the same card as her sibling.

“I’m super excited” Northcutt expressed. “We haven’t fought together on the same card since we were both amateurs, so it’s been so many years since that’s happened. I’m really looking forward to being able to not only fight alongside him but to be on such a monumental card with ONE breaking into the US market.”

Sage hasn’t competed in two years since losing his ONE Championship debut against Cosmo Alexandre. Colbey is backing her brother to bounce back into the winning column against Aoki however.

“I mean obviously maybe I’m a little bit biased but obviously I think Sage is gonna have this one and I’m rooting for him,” Northcutt said. “Shinya is a former champ and he’s an incredible athlete and competitor and has been in the game for a very very long time with a lot more experience.

While Northcutt is excited to compete for the first time in over a year, she’s also happy that ONE on TNT series will air on primetime in the United States.

“It’s huge because I know that ONE has been talking about breaking into the US market for some time now,” Northcutt said. “So to be on a card of this magnitude, I’m very very fortunate and blessed to be on such a card.

“I’m very excited because the biggest thing that I had to get adjusted to and then all my friends and family here in the US is the time difference, so when I’m fighting they’re having to be awake in the middle of the night, three/four in the morning to watch these fights live. Now it’ll be live on primetime on TNT and everybody can watch.”

Do you think Colbey Northcutt Daniels gets the job done at ONE on TNT 4?

* Sovannahry Em has been forced out of the fight and has been replaced by Courtney Martin. And Sage Northcutt has also pulled out of his lightweight clash with Shinya Aoki due to the lingering effects of COVID.