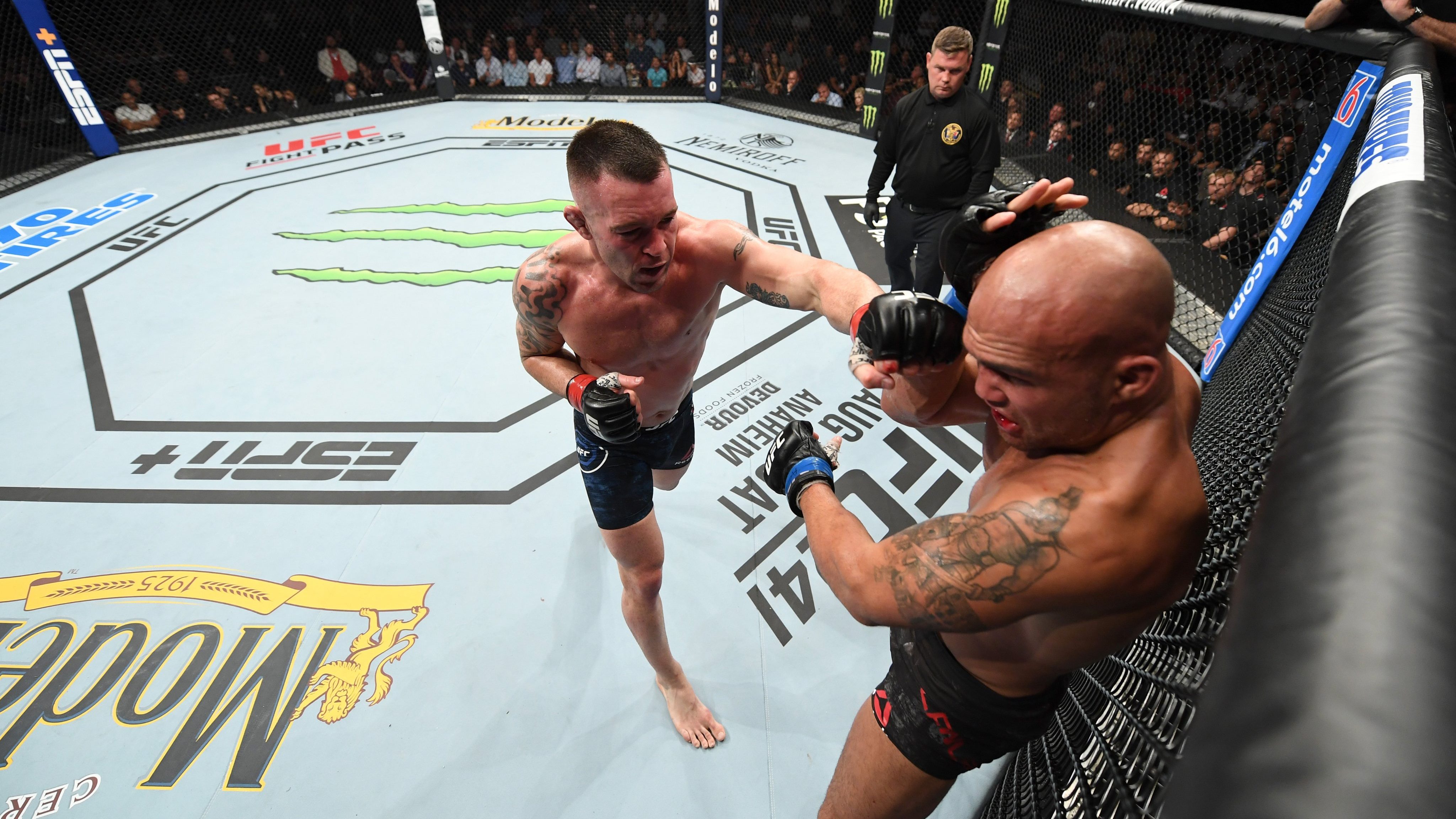 At UFC Newark, Colby Covington silenced his critics once and for all, when he dominated former champion Robbie Lawler. Throughout the five rounds, Colby poured on the pressure, relentlessly tagging Lawler with combinations, while taking him down without many problems. Robbie never found the opening he needed, and couldn’t get much of his offense in.

Instead, it was Colby Covington that stunned the live crowd. As Trump Jr. and Eric Trump cheered him on, Covington imposed his will, and dominated the entire five rounds. “Chaos” ended up winning by unanimous decision, with the judges scoring the contest 50-44, 50-45, 50-45. This also strengthens Colby’s case for fighting Kamaru Usman next for the title.

However, during the fight and after Covington’s victory, pros and fans alike reacted in awe and disbelief. Here are some of the best Twitter reactions.

With this win, many expect Colby to fight Usman for the title next. After the fight, Covington also mentioned that they didn’t have to wait until November, or fight at MSG. He then said he was going to hunt for Kamaru Usman, before exiting the cage.

Colby Covington threw remarkable number of strikes, and shut Robbie’s offense with multiple take downs. Lawler gave credit to Colby for perfectly executing his game plan. It will be interesting to see what Dana White has to say next regarding the title scene.

Furthermore, Usman’s manager also gave Colby some credit, before telling him that he would get KO’d by third round.