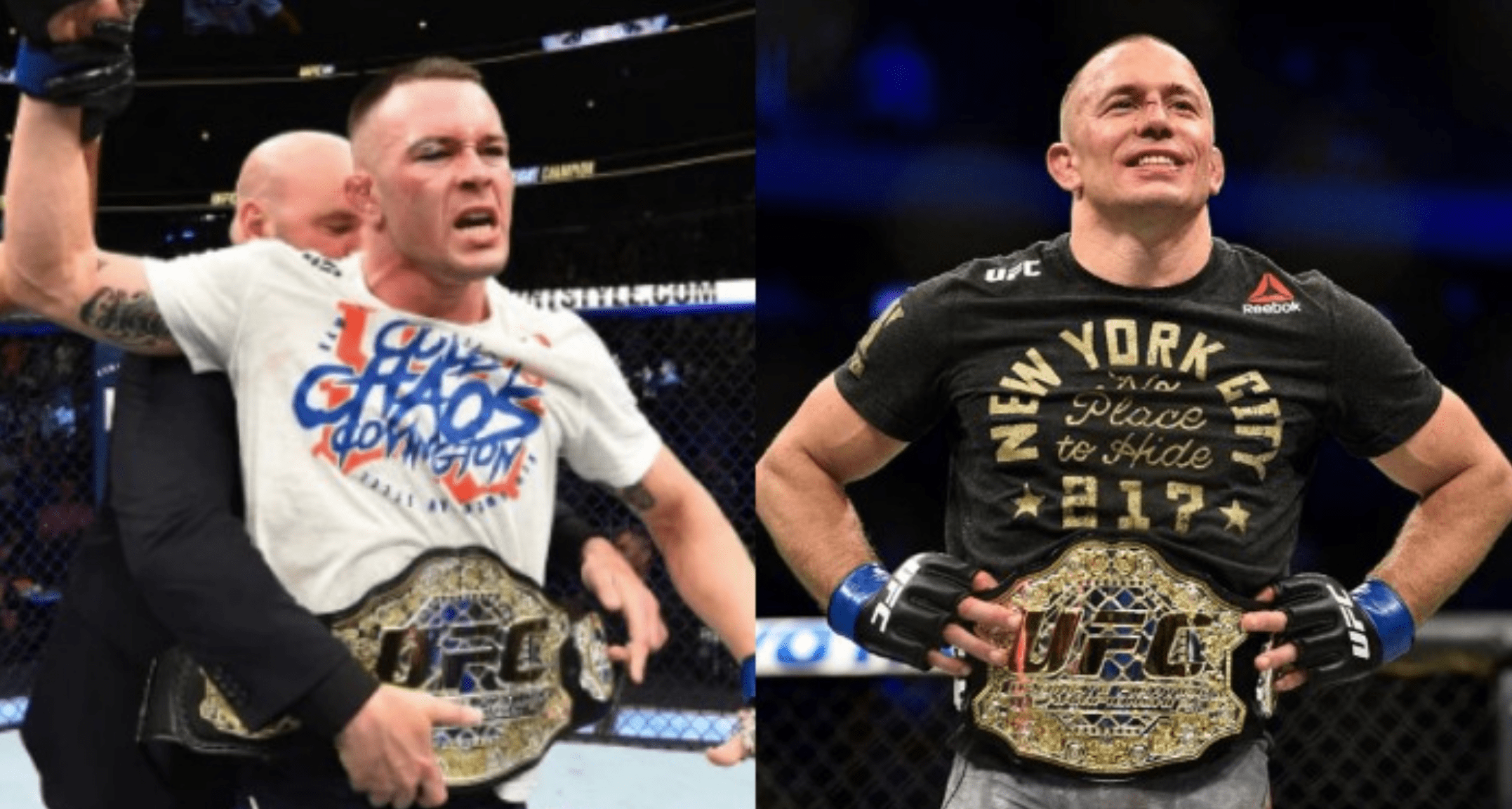 Former UFC welterweight champion Colby Covington believes he would easily beat Georges St-Pierre, who is considered by many as the greatest fighter of all time.

Covington, who currently sits at number one in the UFC welterweight rankings, is campaigning for another shot at the reigning champion Kamaru Usman. The two previously fought at UFC 245, when ‘The Nigerian Nightmare’ successfully defended his title by scoring a TKO late in the fifth round.

‘Chaos’ however, believes he was winning the fight up until the stoppage, which he claims was an early one. Nevertheless, Covington truly believes that he’s the best 170-pound fighter in the world.

Speaking on Adam Hunter’s ‘MMA Roasted’ podcast (as transcribed by MMA Weekly), Covington said he has no doubts that he would beat St-Pierre easily.

“I don’t think I could beat Georges St-Pierre. I know I’d beat St-Pierre,” Covington said. “He was able to take a lot of guys down and hold them down and ground and pound. He’s not taking me down. My cardio is completely different. I’ve never been taken down in the UFC Octagon, so he’s not going to be the first.

“Georges St-Pierre, his striking was very basic, very kindergarten. He didn’t have a lot of tricks. He just had that really good jab, but that’s pretty easy to counter if you’re moving your head and using footwork. I think Georges St-Pierre would have been a very, extremely easy fight for me.”

Covington believes that St-Pierre’s success came about because he was way ahead of his time, and fighting guys who weren’t as well-rounded as he was.

“He was just you know there was a lot of guys that time that were one dimensional,” Covington said. “They were either strikers or they were wrestlers but they weren’t good at blending both.”

What are your thoughts on Colby Covington’s comments on Georges St-Pierre?