Colby Covington Says He May Not Fight Again 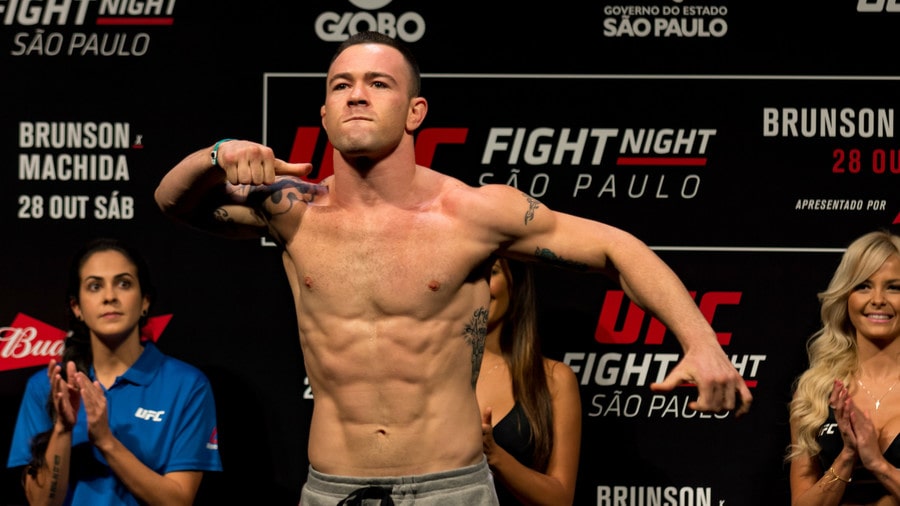 UFC welterweight Colby Covington, has been venting his anger at the UFC since it was announced that Kamaru Usman was going to get the next shot at Tyron Woodley and the welterweight title.

Now in his most recent interview with TSN, Covington has said that he’s willing to not fight again.

“I’ve done so many favours for the UFC, flown all over the world, fought for little money against top contenders, fought for entry-level money. I’ve never complained, always been a company man, never failed a steroid test. Never done anything wrong, literally never.

“I’ve already built a great life for myself. I came from the projects. I came from trailer parks, growing up with one parent, just my mom, having to work four jobs. I don’t need anything anymore. I’ve already made enough money where I’m healthy and I have investments and I have enough going on in my life that I don’t need to fight ever again. You may never see me fight again. That’s a possibility right now.

“I just want to fight. I want to do what I love. I love to fight, I love competition. I know I’m the best fighter in the world. I train every day and no one’s ever taken one round off me. I’m in my prime right now. I want to put on competition. I want to put on entertainment. I want to go please all the fans. Obviously, the No. 1 thing I want to do is fight right now, but I’m not fighting for anything less than I deserve. I’m standing up for what’s right and a lot of these fighters tuck their tail between their legs and they’re scared to stand up for themselves. They don’t want to fight against the UFC because they’re afraid to lose their job. I’m not afraid to lose my job. I dare the UFC to give me my release, cut me… I can make money anywhere else. I can go to another organization and make four times the money so I don’t need the UFC anymore.

“Every message board, all the comments, everybody hated me. Now they’ve all turned to my side. It’s crazy. They’re just real people, they understand my situation. Everybody has that boss that they hate, they don’t want to work for, that makes them do things they don’t want to, so I think people can relate to my situation and they can understand what I’m going through.

“This is literally all politics, the politics of the UFC. There’s just this corruption going on. So it’s cool to see people be sympathetic for me but I don’t want sympathy. I didn’t ask for sympathy…I’m not that type of fighter.

“I see Woodley starching Usman. I think Usman’s inexperienced; he hasn’t really fought a good wrestler who can strike, too. Ben Askren, he looks like a 36- year-old virgin. He looks like my science teacher. …But all things aside, I think he’s going to beat Robbie because Robbie is the oldest man in the sport. He has the most significant strikes to the head in UFC history. Robbie’s a cool guy, I like the guy. I hope he retires though because I have a lot of love for that man. He has a family, he needs to think about the longevity of his life and his brain health and he needs to think about getting out of this sport soon.”