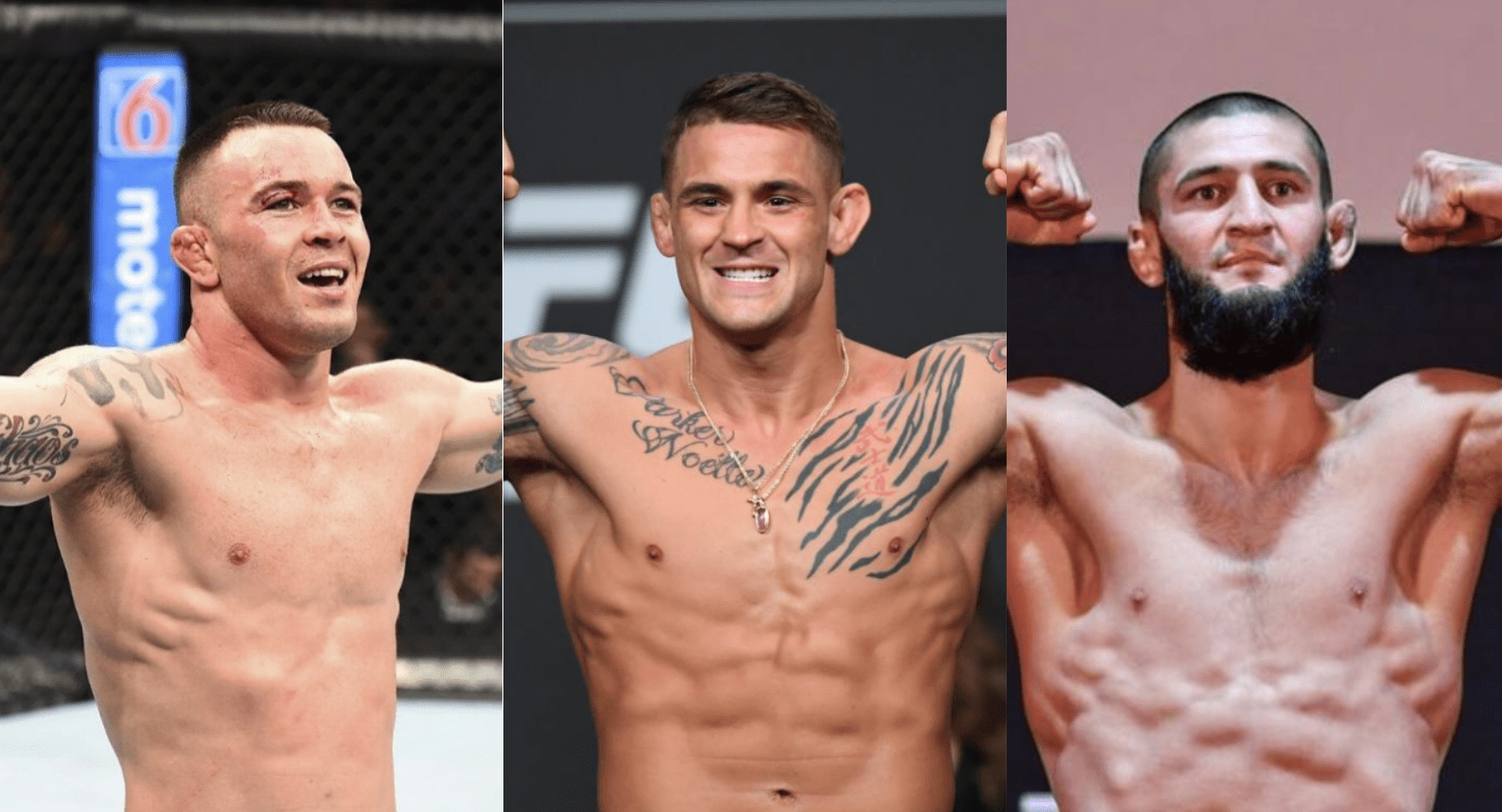 Former UFC interim lightweight champion Dustin Poirier is considered to be one of the nicest guys on the UFC roster, but Colby Covington believes he’s just putting on a ‘nice guy act’.

Ever since he parted ways with the American Top Team, Covington has been aiming crude barbs at his former teammates, including Poirier. In a recent string of accusations, ‘Chaos’ claimed that ‘The Diamond’ bullies amateur fighters in the gym, and that he’s using his charitable organisation, The Good Fight Foundation, for tax write-offs.

Not A Nice Guy

Speaking to MMA Junkie (as transcribed by LowKick MMA), Covington claimed that Poirier yelled ‘And New’ at his amateur sparring partner in a taunting manner, after dropping him while training for his UFC 242 title fight against Khabib Nurmagomedov.

“Dustin is not a nice, charitable guy,” Covington said. “He is a piece of s*** person — let me show you this video, Mike, so you can see it off-camera, I can’t show it on camera, look at this, look at this fight, this was at training. Wait, this is an amateur, by the way, no headgear, he was going training with him, watch. Watch what he says in his face, ‘And New’ — he’s rubbing it in the kid’s face after he drops him. What’s nice and honourable, and charitable about that?

“You just dropped an amateur who came to help you train for Khabib which — why are you training with amateurs when you’re preparing for Khabib as it is? You have the best wrestler, the best cardio freak in the gym as there is at the gym at the time, but you chose to train with amateurs and you’re supposed to be this good guy but you’re not and you’re knocking out amateurs, and you’re yelling in their face, ‘And New’. That’s not Khabib kid, you didn’t just knock out Khabib. So Dustin’s a prick. Dustin’s a piece of s***, and I’m sick of this, nice guy act.”

Poirier spearheads The Good Fight Foundation in his hometown of Lafayette in Louisiana to give back to his community, but Covington believes he’s using his organisation to make money and take tax write-offs.

“And he’s a fake,” Covington said. “He’s a clown, trying to start that charity and say that he’s all about The Good Fight and he’s trying to give back to kids. No, he’s not, that’s a tax write-off for your business. Tell the people the truth, I know the real person you are Dustin Sorry-ier. You’re a piece of s*** person behind the scenes. You won’t do this and that. You don’t treat nobody good. You act like you’re better than people with an ego, so don’t act like you’re special just because you beat ‘Conman McGregor’ after his time and when he was washed up.“

When asked about 2020’s breakout star Khamzat Chimaev, Covington said that he doesn’t know who he is.

“I’ve never even heard of him. Does this guy have a ranked win yet? Oh, he doesn’t,” Covington said (as transcribed by BJPenn.com). “Everybody’s hyping these kids up these days.”

Although Covington claims to not know Chimaev, he took an indirect swipe at him, saying that fighting today is all about the hype, and not about having credible wins to your name.

“That’s the state and age of the UFC [now]. It’s all about hype,” Covington said. “There’s no credibility — I wouldn’t say there’s no credibility, [the UFC is] a great organisation — but the way people get the hype on them is just a complete joke. Go out there and show it with your resume. Look at my resume. Multiple UFC champions on it that I’ve beaten. When a guy decides to beat multiple UFC champions and beats the best guys in the world, then come holler at me, and I’ll hit you down a step.”

What do you make of Colby Covington’s comments on Dustin Poirier and Khamzat Chimaev?